An interview with Ph.D. student Joana Tavares of the UCI Department of Earth System Science 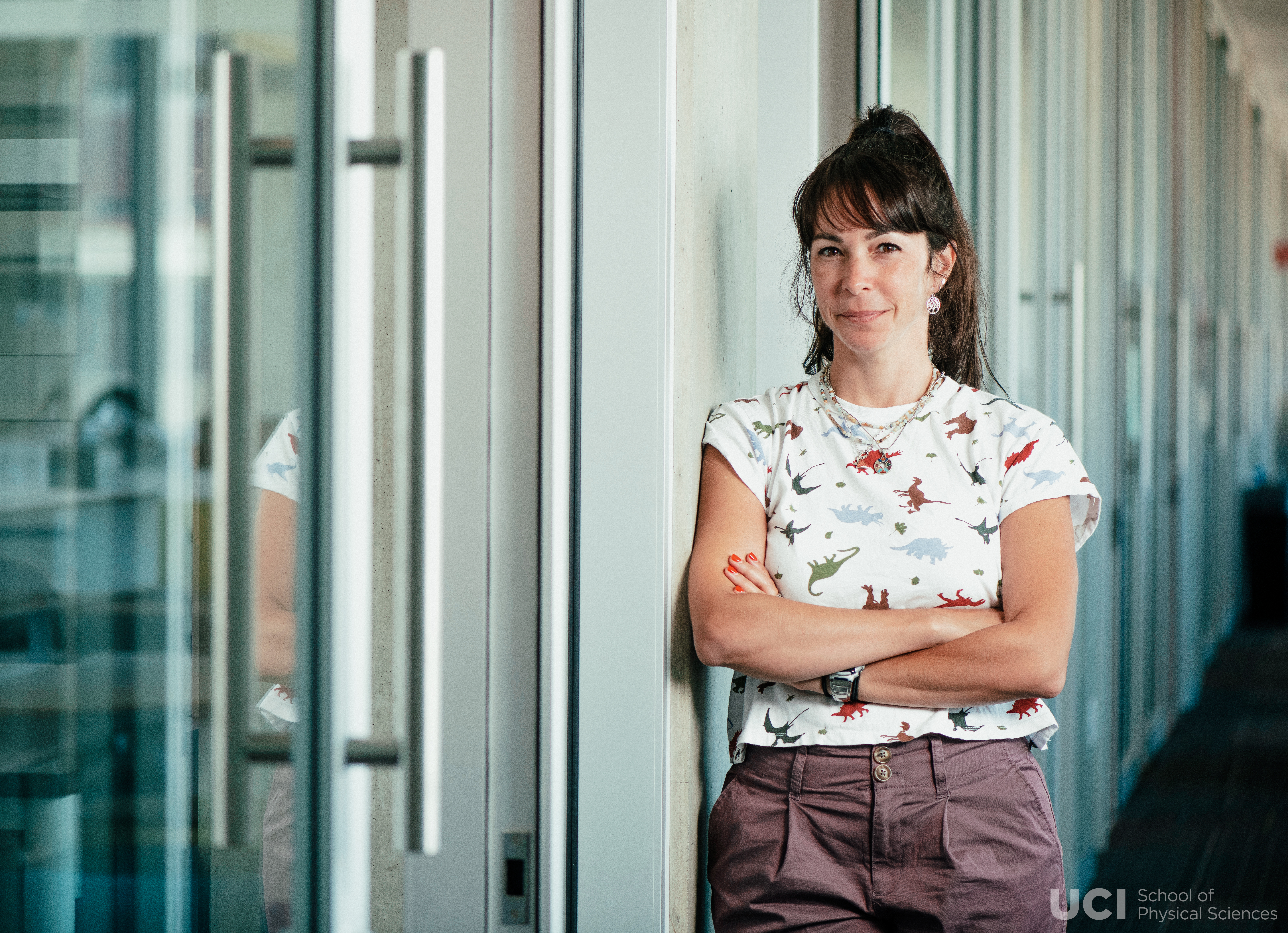 When she's not helping lead UCI's rapid science response to the oil spill that happened last year off the Orange County coastline, Tavares spends her time having conversations with anyone any everyone about all facets of climate change.

Joana Tavares is a scientist and climate change activist. In the fall of 2021 she, along with a UCI-led team, was part of the first response team working to measure the impact to marine life of the oil spill that hit Orange County’s coast. Then, this summer, Tavares pulled on her activist gloves and applied for and won the American Association for the Advancement of Science’s Mass Media Science & Engineering Fellowship so she could work to spread the word about humanity’s climate crisis as a science reporter based at the San Luis Obispo Tribune. Simultaneously, Tavares created a radio show through KUCI called “Earth Calling,” which she uses to have a conversation with the show’s listeners about climate science.

UCI Physical Sciences Communications caught up with Tavares to ask her about how the fellowship went, and who she thinks should consider applying for it.

This interview has been edited for brevity and clarity.

LJ: Where did your interest in sci-comm first begin?

JT: I think it was many years ago when I realized what a pickle we’re in with climate change. Why is it that we have so much science – that humans know so much as a species – and yet most of this crucial information that we have is not being incorporated into the real world? It’s not being implemented, it’s not guiding us in the way we live our lives, nor our policies. That was when I realized that the problem was with the way in which science as an institution connects with society – and the main bridge has always been media. That realization made me realize that, whether I like it or not, I have to understand sci-comm.

LJ: How did your time at the Tribune go?

JT: I started the gig by answering emails from readers. I got more than 20 emails within a week! They had questions about climate change, and they wanted answers. I wrote those and I also reported on current research.

LJ: Was there a moment during your AAAS fellowship when you thought ‘that’s the way sci-comm is done — that’s a success’?

JT: Those Q&As. They were amazing. I got this avalanche of questions, and I started answering them, and then I started getting more emails from people telling me how amazing it was to be able to read all that information the way I presented it to them. I also got a few emails from people who were unhappy about some of the things I wrote – but even the unhappy emails came with a number of questions that these people needed to be asking. If they’re unhappy with what I’m putting out there, at the very least they are now asking questions. For me, even with the unhappy emails I received, it showed me that ‘this is how it’s done.’ And I think that’s necessary – it’s the conversation that I think is missing. A lot of times sci-comm is about sharing what people refer to as translations of science, or dumbing it down, and that’s absurd. That’s a mentality that needs to be changed, and I think good sci-comm creates pathways for conversation so that people out there who are not scientists, who’ve been alienated from these conversations for way too long, can now look at science as a place where they also belong.

LJ: In your opinion, what is the role of a scientist in those conversations?

JT: That’s a great question, and I don’t have a short answer. I have a very long and probably incomplete answer. I think that it’s absolutely ludicrous to expect a scientist as an individual to play the role as communicator on top of all the other responsibilities that we already have. Becoming a good scientist in itself is extremely difficult. We don’t have enough time to do it all. To think that a scientist should be doing science communication on the side is unrealistic. The scientists that we see doing that, these people deserve recognition.

LJ: Was your science reporting work what you thought it would be?

JT: No. I thought it would be easy!

LJ: What was hard about it for you?

JT: Writing as a reporter. Answering reader questions was very easy for me, because I’m writing from my own voice, and I’m talking directly to the reader. The articles were different – I had to write as a reporter, and that is extremely difficult for me. You’re operating on this very thin line – this interface where you cannot be super technical. Writing as a reporter has been the main challenge for me, and it was super helpful to watch other reporters at the Tribune doing that work.

LJ: Now that your fellowship is over, is science reporting the life for you?

JT: I know for a fact now, if I had any questions about this before, that I do not want to be a science reporter. I would love to continue writing. I love doing what I did with the Q&As, which is to bring information from all these different fields of science and put them together, and if I need to interview one or the other person for that, fine, but interviewing people, being a reporter, reporting on science news, not what I want to do. I’d love to work as a producer, to help scientific organizations – in connection with communication experts – put together communication strategies. I appreciated the learning opportunity, but the pace and the focus is not for me.

LJ: Do you have any favorite stories that you wrote for the Tribune?

JT: I have one fun story. One of the first questions that I answered was one sent to me by this woman who’s a nutritionist, and she wrote and asked me to discuss the connection between diets and climate change. She’s a veganism activist, and I wrote a column that I think reflects the reality of the climate situation – the challenge of climate change – and to have discussions about the plant-based diets that are going to be necessary to face the challenge. But these are very difficult conversations to have, particularly with people who have historically been unable to afford meat. There’s a cultural aspect to that conversation that needs to be honored, and so I wrote the column in the best way that I could. I emailed her back and I said “I wrote the column, it’s going to come out soon, and when I come to San Luis Obispo, I would love to go have a vegan meal with you and we can discuss all of that.” And we did that! Weeks after the column got published, I met with her and we had this amazing conversation about projects she could get involved in.

LJ: Any words of wisdom for others who may want to do something like the AAAS Mass Media Fellowship?

JT: My advice is always to just go for it. I’m the kind of person who feels that if you have the opportunity to try something that you’re curious about, then you should try it. Be prepared for the fact that it is a demanding program, it’s a summer program, and it goes by fast. My experience with my host site was fantastic. I felt very supported, very heard, very understood, and yet it was not easy to keep up with the pace of the newsroom. I was exhausted all the time – but it was all worth it.