Postcard From a Graduate Student: Summer School in France 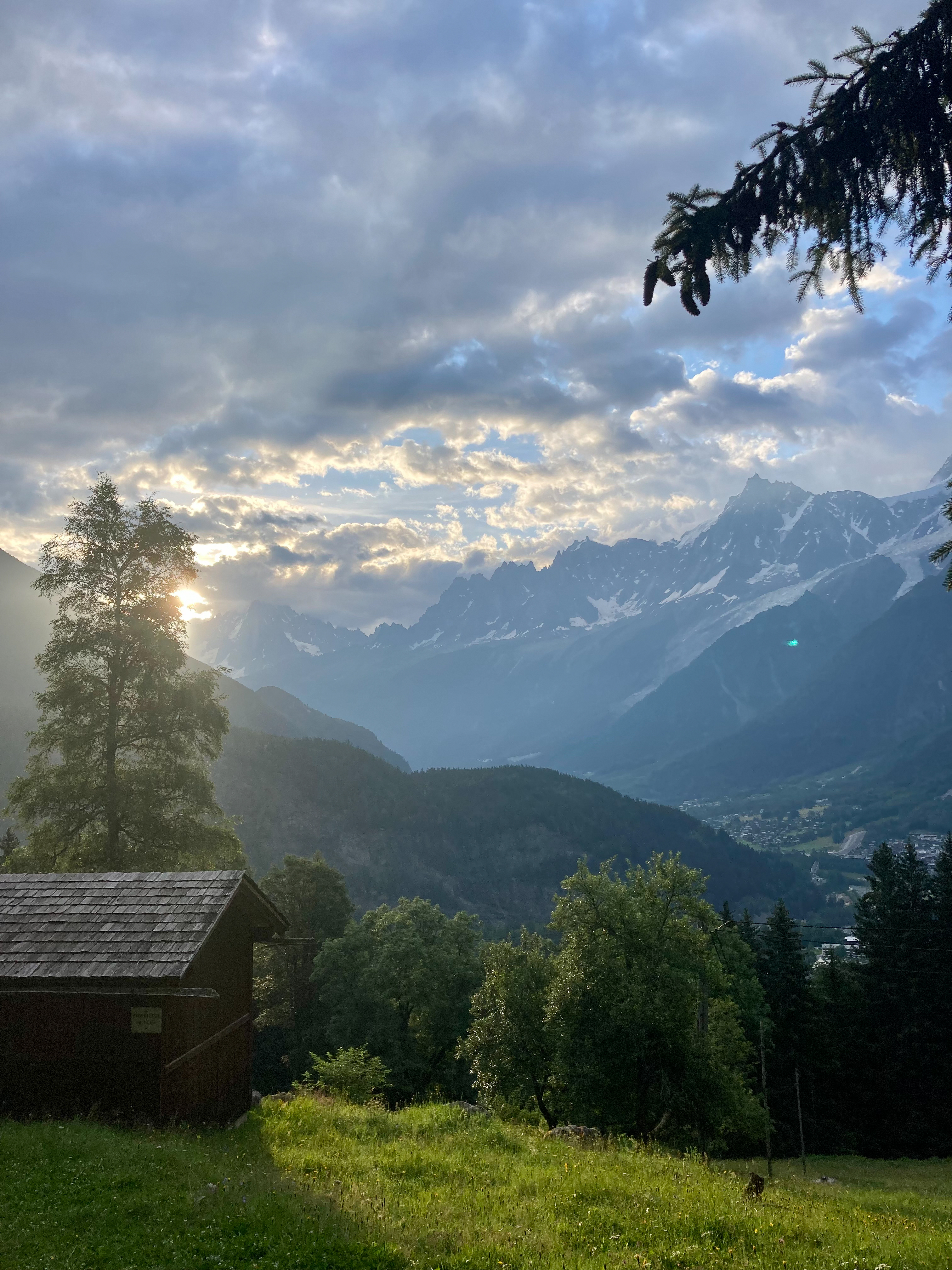 The view from one of my morning runs. I was inspired by Professor Josh Ruderman, who’s record time getting to the top of the mountain was 52 minutes. I tried to keep up with him one morning, and let’s just say that did not go well for me. Kudos, Josh.

Nestled on the side of a mountain ​​in the Auvergne-Rhône-Alpes region of France, L’École de Physique des Houches is a haven of learning and innovation. The school’s over 70 years old, and it’s a combination of a beautifully renovated school building, communal dining room and a handful of chalets all tucked into a mountain that blew my mind with its vastness each time I looked out a window. Every year a handful of lucky particle physics graduate students get to spend a month here learning from top researchers and academics in the field. This year, I was one of them.

There was rigorous hiking, brainstorming with new friends over a glass of local Terret Noir wine and learning more about particle physics and cosmology than I knew there was to learn. By the end of each day, I practically fell into bed, exhausted by the intensity of it all. Our classes centered around the fascinating subject of dark matter — a type of invisible matter that makes up about 27% of the content of the universe. The nature of dark matter — what it is and how it interacts with other particles — is one of the biggest open-ended mysteries in physics today.

One topic in particular came up often in our classes: thermal freeze out. At the current average temperature of the universe, forces at work between dark matter and “normal” matter particles like protons and electrons are extremely weak. However, particle physicists propose that at very high temperatures dark matter could feel a force coming from everyday matter.

Thermal freeze out often arose in our lectures. It’s a theoretical framework for the way in which dark matter interacts with normal matter at different temperatures, and it’s relevant to almost every area of dark matter research because it tells us about the types of conditions under which we might detect it.

After returning to Southern California after my month in France, I felt motivated and inspired to work on dark matter research. I credit this renewed motivation to the many wonderful people I met, and I’m so grateful to have had the opportunity to make a significant stride towards becoming an expert in this subfield. Now, back in my windowless office at UCI, I often daydream of the Alps — but who knows, maybe I’ll be back to Les Houches one day as a lecturer myself.

Anne-Katherine Burns (annekatb@uci.edu) is a particle physicist and Science Communication Fellow in the UCI Department of Physics & Astronomy who, when she's not telling stories about the cosmos, is probably surfing somewhere off the Orange County coast.