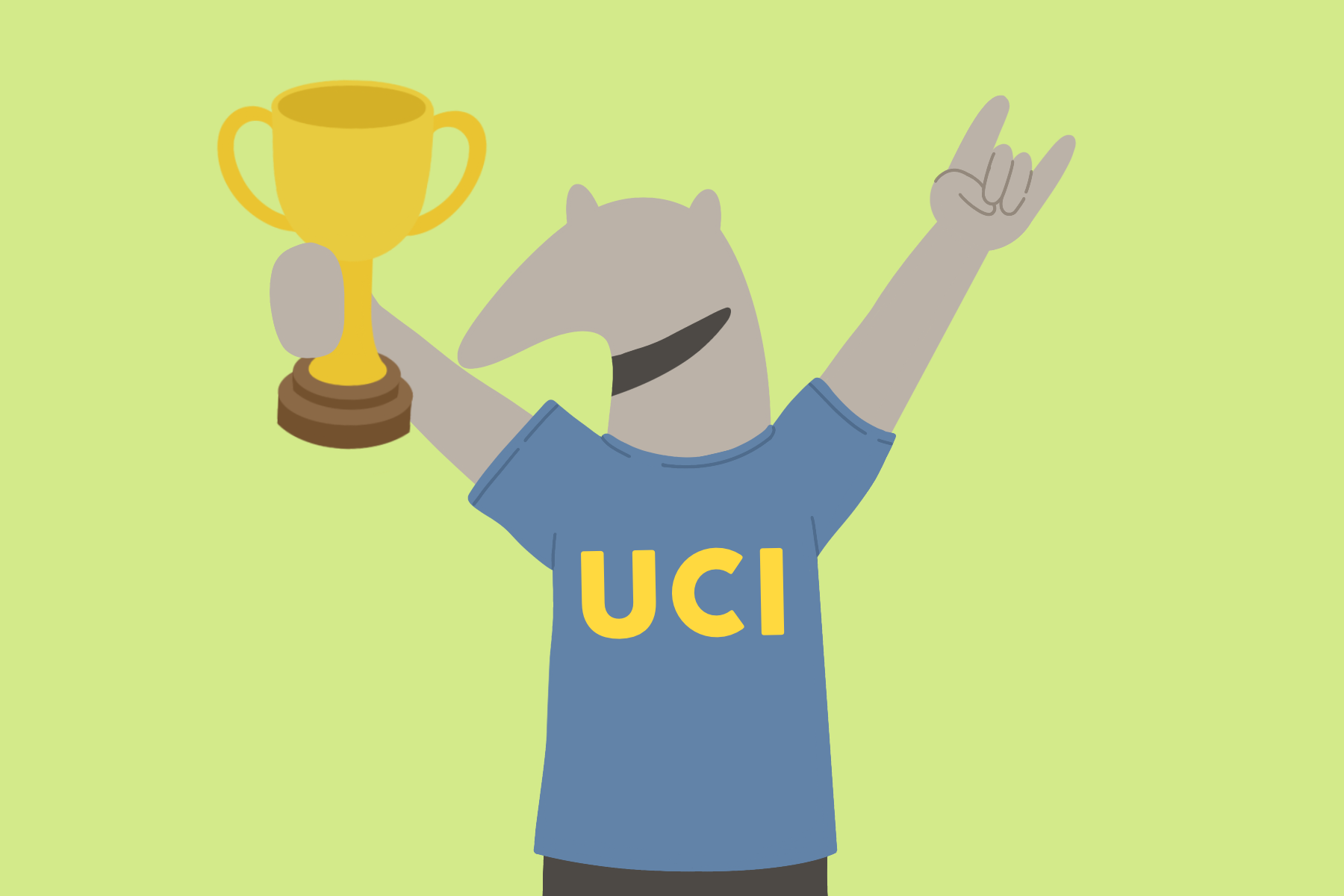 For many, getting into a Ph.D. program can feel like summiting a mountain. You get to what you thought was the summit only to find that it’s just a minor ledge on the slopes of another mountain that soars out of sight up into a cloud layer. “How do I get up that?” You whisper. But the guides you may’ve had up until now have no answers, and the mountain in front of you seems to whisper back: “Figure it out yourself.”

Such a feeling is common among new grads, which is why in 2017 two graduate students in the UCI Department of Physics & Astronomy, Arianna Long and Katy Rodriguez Wimberly, founded the Physics & Astronomy Community Excellence (PACE) program. It’s an effort designed to give new graduate students the kind of guidance and mentorship they wish they’d had after getting into UCI, and since its inception PACE has helped the stress of being a first-year student melt away. Something, though, was always missing: money for the program’s mentors. Until now, the grads who ran PACE were all volunteers, but after winning a $12,000 grant from the National Osterbrock Leadership Program (NOLP) through the American Astronomical Society and the Peter and Patricia Gruber Foundation, as well as with $20,000 of support from the UCI School of Physical Sciences, PACE now has the funds it needs to not only support its mentors, but to give them the training they need to become the next leaders in their fields. The grant will run for four years, with, Long said, “the hope of additional support” after that time.

“We’re so excited to’ve been selected as a NOLP node,” said Steph Sallum, an astronomer and professor in Physics & Astronomy who’s one of PACE’s two faculty advisors. “It’s such a nice validation of the hard work the grad students have put into PACE. NOLP will provide crucial support to make peer mentoring at UCI more sustainable, and it’ll broaden PACE to include mentorship from leaders in the field. I can’t wait to see its impact on the students!”

The Physical Sciences Office of Communications caught up with the PACE founders — including its other faculty advisor, Professor Franklin Dollar, also of Physics & Astronomy — to learn more about what the new grant means for the program. This interview has been edited for brevity and clarity.

LJ: Tell me how this new funding will help PACE.

FD: We have this leadership team that runs PACE, and right now they’re learning everything on their own. But it would be great to be able to supply them with more opportunities and really reward them for this leadership work that they’re already doing. And that’s where this proposal comes in; they’re already stepping above and beyond what other students are doing, and if we can provide them with unique opportunities and some support, they can really grow into the direction that they want to. That’s the idea behind what we’re trying to do here. Providing these opportunities that normally would be reserved for people who’re faculty or other high-level positions, we’re taking these students who’re clearly on that trajectory and providing those opportunities. Providing support for sending them to conferences, and maybe sitting on national academies meetings, and removing the barriers that may be at these highest-level events.

LJ: How might this change a PACE mentor’s experience?

AL: Things like grant-writing experiences, and all the more cutting-edge experiences that make you more successful as an academic in the long run, you don’t get a lot of classical training on those things. I feel like with grants in general, you don’t really learn how to do them until you’re doing them, and it would be great to start doing them earlier, and learn how to do that earlier. So yeah, we’re talking about meeting with some really successful grant writers, like NSF grant writers and winners. I think part of the way that the program will expand is by providing more interaction with professionals who’ve used their Ph.D.s to go on and do cool leadership-related things in the field. So inviting speakers to come who’ve gotten astronomy Ph.D.’s and then gone on to leadership positions in some way or another, or doing things like directing the Space Telescope Science Institute.

LJ: Do you think PACE is poised to inspire departments elsewhere to do something similar?

KRW: There’s a group at UT [University of Texas at] Austin that’s doing some peer-mentoring inspired by PACE, and also at UC Davis in their Physics and Astronomy department. And we’re finishing up a chapter packet — a packet of information on ‘this is how we run PACE and what we do,’ and hopefully it’ll be a tool for other departments to do exactly what we’ve been doing with PACE. We’ve tried to build in the capability in that packet to try and tweak it for their demographics and their specific department culture. Also, we’ve learned that it’s great to have volunteers, but you can’t put many requirements on volunteers because they’re working for free. So, having stipends through NOLP is going to help fill out the program in ways we haven’t before. That’s obviously going to help make us better leaders if we’re learning and sharing from each other’s mistakes, instead of just making the mistakes ourselves.