UCI ecosystem scientist tracks the growth of Amazon rainforest degradation — and gets a different kind of growth on his neck.
Lucas Joel
UCI Physical Sciences Communications 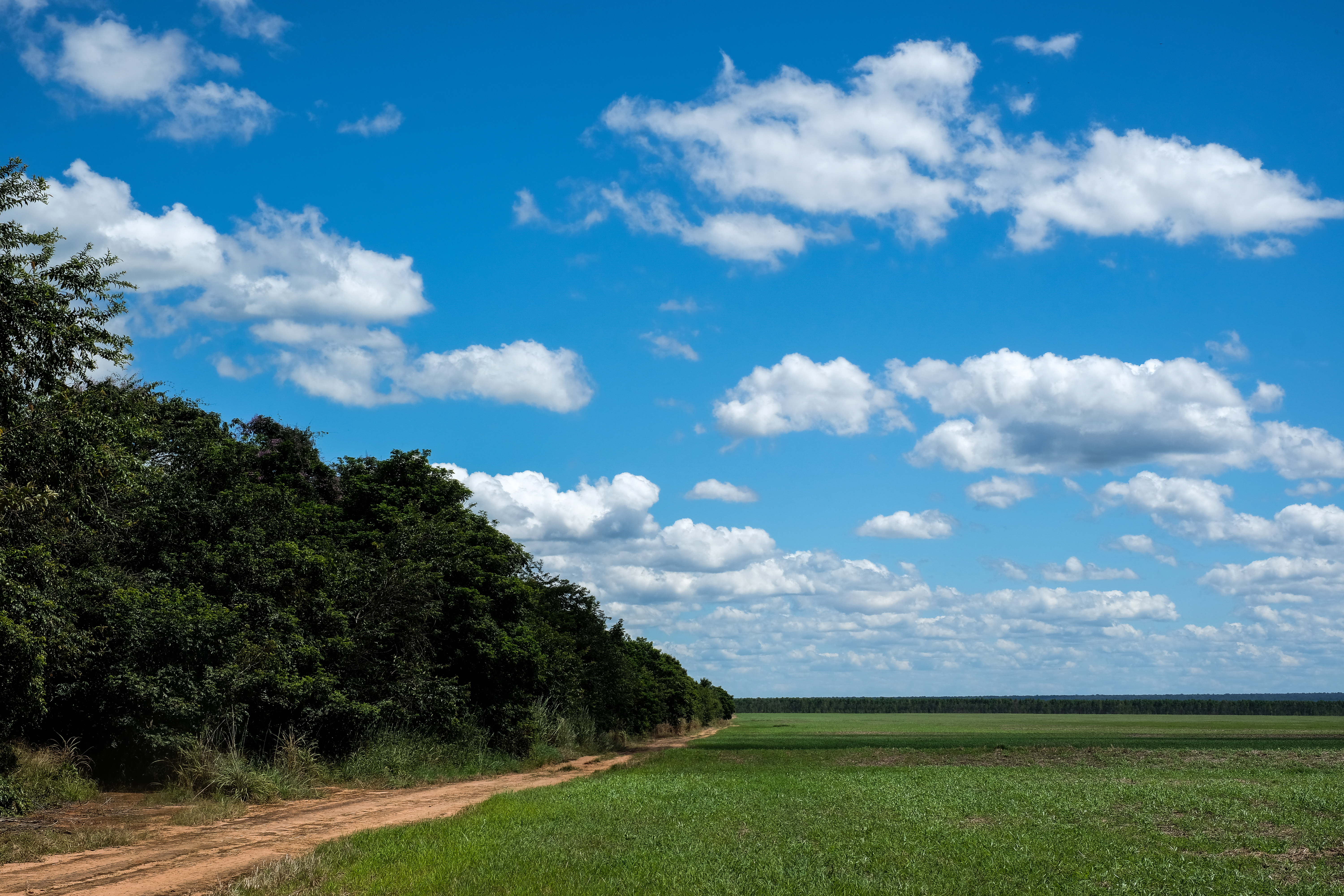 A photograph of a clearcut field in the Amazon rainforest, at Brando's Tanguro field site. Here, there was once only rainforest, but now there's a field where people grow corn and soybeans.

At first, UCI ecosystem scientist Paulo Brando didn’t see the festering pink thing growing on his neck just behind his left earlobe. But it grew and grew until it was as large as a quarter, and Brando couldn’t help but notice it when he glanced in the mirror in his room in Mato Grosso, Brazil. Brando knew he needed to see a doctor, and he wanted to come back to the U.S. — but he couldn’t, because by the time he decided to return earlier this year, the pandemic, which was growing ever-larger behind humanity’s collective earlobe, had shut down the world, and there were no U.S.-bound flights from where he was.

Brando’s an Assistant Professor in the UCI Department of Earth System Science, and he leads the ECOTRESS Group at UCI, which aims to assess the vulnerability of ecosystems to disturbances and prolonged degradation. His group travels to the Southeast Amazon three times a year to track, among other things, something called “embolism.” It’s a word that sounds like it could describe Brando’s neck growth, but which actually describes what happens when an artery — or, in the realm of Brando’s research, the vascular tissue in trees that transport things like water throughout the plant — collapses.

In trees, embolism can happen when there isn’t enough water to supply a tree’s demands. Air bubbles seep into a tree’s tissues, and, like a clogged artery, the air can keep water from reaching leaves. This can kill parts or all of a tree, and it’s a growing problem in the Amazon as global temperatures continue to rise, making events like droughts more severe; in the Southeast Amazon, Brando and his team reported in Flora in July that some of the large trees died thanks to drought-induced embolism. What’s more is that these trees, Brando explained, store lots of carbon and create a moist microclimate that prevents fires from escaping into the Amazon’s more central forests.

Brando and his lab do their fieldwork in a place called Tanguro Ranch, which, deep in the Amazon near the Xingu Indigenous Park, is 500 miles from the nearest airport. One day at Tanguro, Brando stood by a road and snapped a photograph. On the left side of the photo there stands an impenetrable wall of rainforest. On the right side, there’s a field of soybean that’s so open a soccer team could play there. There used to be rainforest where the field is, but people chopped and burned it down so they could grow soybean and corn.

“We’re trying to understand some of the ecological and climatological consequences of land use change,” said Brando, who was at Tanguro Ranch to figure out, among other things, if there exists a threshold beyond which, if deforestation and drought continue unabated, the rainforest ecosystem will collapse. “Are there signals of what it means to collapse?” Brando asked. “And once collapse happens, what does it look like?”

Answers to such questions matter both at the local level, where the collapse of rainforests stands to disappear one of the most diverse ecosystems on Earth, and on the global level, as rainforests like the Amazon help temper global warming by absorbing some of the carbon dioxide humans release into the atmosphere. In a review paper published in Annual Review of Earth and Planetary Sciences, Brando and his colleagues described how these forests also pump water from the soil into the atmosphere, a process that can cool the region’s temperatures by several degrees.

It was at Tanguro that Brando thinks the growth on his neck took root. “One day, I got all these tick bites,” he said, and among those bites there were also sand fly bites, which carried the parasite that caused his growth. It’s a disease called leishmaniasis, and it saw protozoa “eating me alive, little by little,” said Brando, who’s still stuck in Brazil. But after visiting doctors in Canarana and São Paulo, and after receiving two types of medication through an IV that hung just off-screen while Brando remote-taught his first-ever class at UCI — Future of Forests — “I’m almost 100%,” he said. “The trees of the Amazon, though, have had better times.”