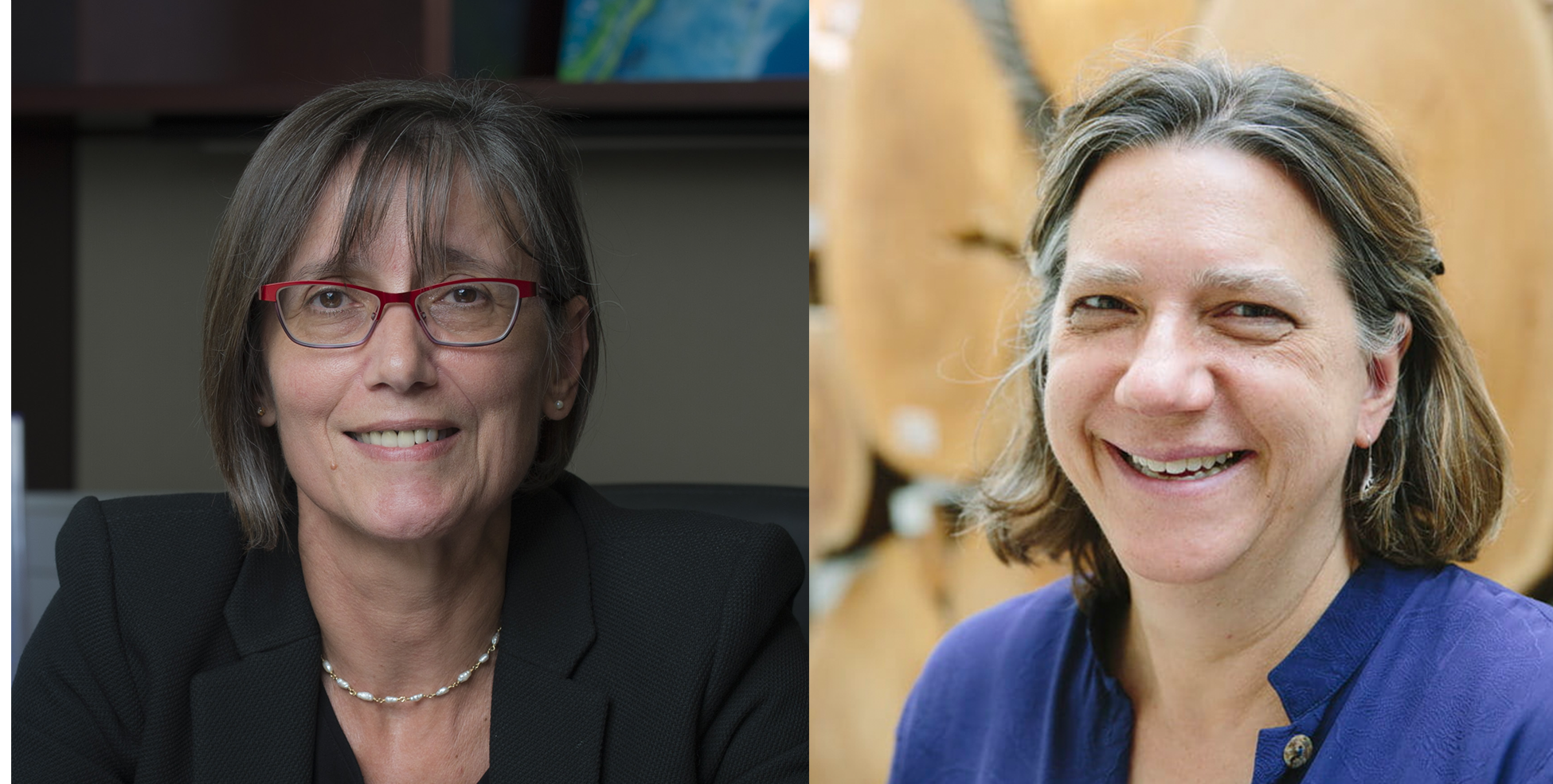 The American Geophysical Union (AGU) is the largest society of geoscientists on the planet, and this year, in the build-up to its Fall Meeting in Chicago, Ill., AGU recently announced that two of its members, Professor Susan Trumbore of the UCI Department of Earth System Science (ESS) and Professor Efi Foufoula-Giergiou, who has an appointment in the UCI School of Engineering as well as ESS, just won its prestigious William Kaula Award and Robert E. Horton Medal, respectively. The Horton medal honors Foufoula-Giergiou’s contributions to the field of hydrology, while the Kaula award honors Trumbore’s contributions to supporting and amplifying the reach of AGU’s publications.

“I was the first woman to be named editor in chief of an AGU journal when I took over Global Biogeochemical Cycles in 2014,” said Trumbore, whose research focuses on using isotopes to study Earth’s carbon cycle. “Since 2019, I am the founding editor in Chief of AGU Advances. The goal of this new open access journal is to give Earth and space scientists a place within our community to publish our most impactful research and commentary, rather than them publishing their best work outside of our scientific societies.” Trumbore explained how surprised she was to hear news of the award, “because there are so many highly dedicated journal editors and staff at AGU who are equally or more deserving,” she said.

Foufoula-Giergiou echoed Trumbore’s sentiment: “It made me feel humble and honored to be included in the list of all the great past awardees who shaped our field,” she said. “Senior awards like the Robert Horton Medal recognize original and sustained research contributions, the scientific leadership in the community, and, in my opinion, the caliber of the mentees that have come out of someone's group. My research in hydrology and hydrogeomorphology has been diverse over the years, and while I am not the one to judge its impact I can only say that I try to pursue non-trivial problems, I strive for excellence and the highest standards, and I appreciate mathematical rigor.”

Both Trumbore and Foufoula-Giergiou will be honored at the upcoming AGU Fall Meeting in Chicago, Ill. in December.