Meet Maj Krumberger, the SciComm Fellow for the UCI Department of Chemistry

Krumberger knows that chemistry isn’t just about facts and figures. It’s a way of thinking about the natural world and the stories it holds.
Lucas Van Wyk Joel
UCI Physical Sciences Communications 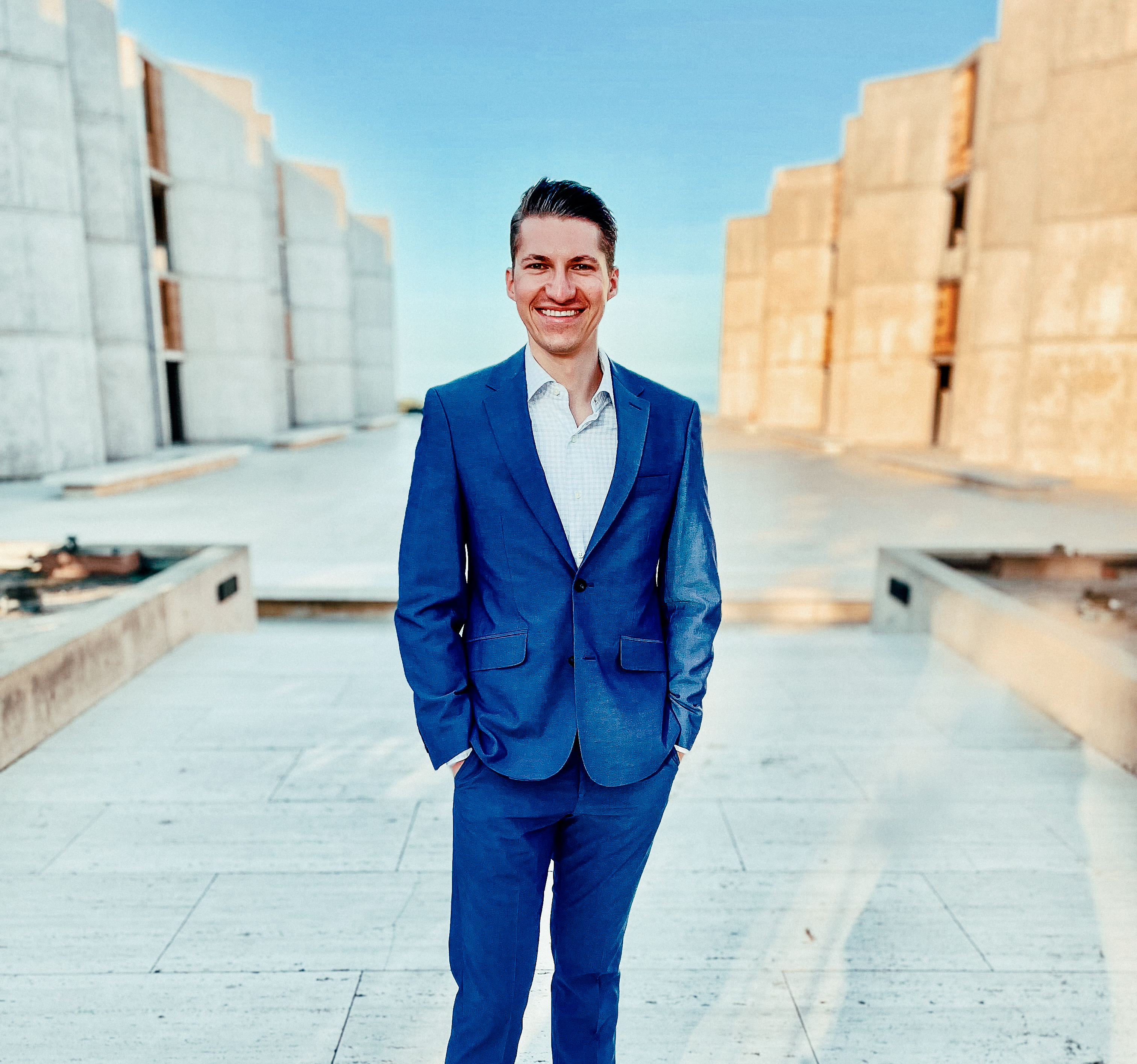 "Why is the sky blue? Why does water boil?" Such questions, Krumberger said, are the starting points for thinking about the world around us in a chemical way.

It was hate at first sight, and Maj Krumberger never thought he would think about chemistry again. It happened in high school in his hometown when his chemistry teacher made him memorize the entire periodic table of elements, and Krumberger didn’t think making carbon copies of the elements in his memory would do him any good. “I had a really unenjoyable chemistry experience,” he said. “I never thought I wanted to do it again.” It wasn’t until Krumberger was a student at the University of Arizona that he took a chemistry class with a professor named John Pollard who described his class as a “Chemical Thinking” course. Instead of memorizing elements, Pollard gave students the information they needed and asked them to instead solve chemical problems in a critical way. Instead of an act of regurgitating facts, chemistry transformed into a toolbox that “can answer the questions about the world around me,” said Krumberger, who’s now a chemist and a Ph.D. student in the lab of Professor James Nowick in the UCI Department of Chemistry. Krumberger’s also taking his chemical thinking ethos and aiming it at another trade: science communication by way of the School of Physical Sciences Science Communication Fellowship. “When science gets interpreted in the wrong way, people can abuse it,” he said. “It’s really interesting to think about the things you say and the things you post” on social media, where people can interpret posts in ways you didn’t anticipate. To that end, Krumberger has a raft of science communication projects in the works, from creating video interviews featuring the science and the scientists in his department so the public and prospective UCI chemistry students can learn about what happens there, to helping first-year graduate students discover a sense of place — something denied them by the long slog of the pandemic — by featuring them in social media posts. “While the pandemic took away our capability of bonding at social events, I think we can use social media to create a sense of unity, especially for students who are just now joining our chemistry community.”