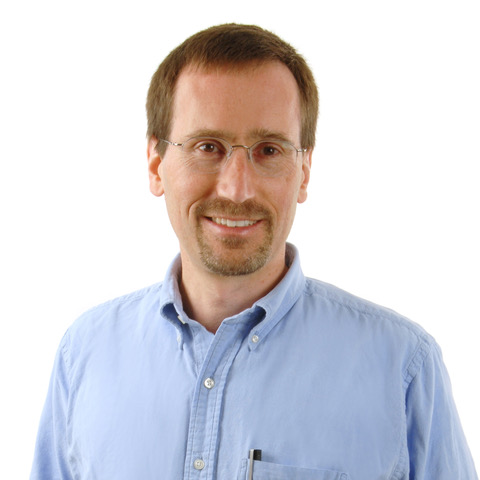 Professor James Nowick looks for themes in nature, which he and his lab then harness in their research. "After starting to see certain phenomena — nature uses this as a principle — how can we use it to make nature do what we want?" He said.

It might as well have been magic, the day James Nowick saw the Universe turn a copper penny silver. “Basically,” said Nowick, “you connect a battery, you put the penny in a solution with a nickel-based electrolyte, and you pull it out ten minutes later and it’s bright and shiny silvery.”

It wasn’t magic, of course — at least not in the way we tend to define that word — but when Nowick saw the electrochemical reaction happen when he was eight years old, it conjured in him what today he describes as an epiphany moment, one that changed him just as much as the experiment changed the penny; it catalyzed a chain of reactions, one that was maybe waiting to happen, that led, eventually, to him becoming a professor of chemistry at UCI in 1991, where today his lab works to understand the ways molecules come together to form bigger molecules — some, called supramolecular assemblies, are large, 3D quilts of molecules — that have applications in everything from understanding the molecular basis of Alzheimer’s disease to treating bacterial infections.

But those are just the most recent parts of Nowick’s story, which, if it were its own supramolecular assembly, would be a 3D patchwork of things like epiphanies, enthusiasms, standing up for his LGBTQ+ community, an explosion followed by a drop of blood — and a small box in his office at UCI that holds the seeds of a theme that still drives his research.

This story is a glimpse of his patchwork.

The silvery penny conjured an enthusiasm in Nowick for chemistry, and that enthusiasm triggered its own reaction when he was a high school student in Scarsdale in Westchester County, New York; it moved his teachers to hand Nowick the keys — a very rare thing, Nowick explained — to the high school’s chemistry labs so that he could come and go and perform as many experiments as he wanted. The arrangement suited him, because by the time he was 13, Nowick had already built his own chemistry lab in the basement of his parent’s house, and outfitted the lab with more than a hundred chemicals, as well as glassware, a balance and a fume hood that he built himself. “I spent many happy hours down there,” said Nowick. “I was very fortunate that my science teachers indulged my interests. I actually was given free run of the science wing, including after hours, basically with a key, which meant there were some unauthorized experiments.”

Nowick described an after-hours scene in the high school lab that involved screwing a lid on a bottle containing an explosive mixture of chemicals, “which resulted in brown stains on the wall from the potassium permanganate, as well as a drop of blood on the floor.” He knew he could get the stains off the wall using sodium bisulfite, which would turn the brown manganese dioxide into a “pale manganese 2+.” But Nowick didn’t see the drop of blood that came from a shrapnel wound from the blast. The next day, his teachers saw the drop, and the secret of the explosion came out.

Elsewhere in the patchwork, explosive reactions that were not chemical, but cultural, with fear as their catalyst, manifested as discrimination against the LGBTQ+ community, and Nowick, who’s openly gay, has spent much of his career working to inhibit those reactions and to catalyze support for his community.

A note from a student in his Organic Chemistry class in spring 1995 impressed Nowick with the need to be there for the next generation:

I sent a message to you about a week ago to tell you how much I enjoyed your class. I didn’t have enough nerve to tell you that I admire you for who you are and for your success in life. I hope someday I can do the same. But for now, I’m still closeted in this world, which seems to be filled with hate and fear. I hear it everywhere I go, even in lecture. It saddens me to hear such things, for I know they are directed at me as well. A part of me dies each time.

But finally, with a role model such as you, I can start to come out of my shell. To be true to myself and be true to others. Before that time can occur, I must gather enough courage to speak out. You are a big influence on me. You have given me hope, courage, and some optimism that I can be someone in the future. I would like to thank you for that.

I always thought my life would be apocalyptic if anyone knew of my “dark secret.” Now, with some faith in myself and humanity, I will attempt to reach out and ask for some help, comfort, and support from my closest friends. It will be a huge step for me, and I hope I make it through. Again, I would like to thank you. You have done so much for me, even if you haven’t done a thing for me. Your presence is all it takes to affect someone’s life positively.

Inspired by this, and by other student’s experiences on campus, Nowick subsequently taught a freshman seminar class called “Queer Scientists, Queer Science,” which focused on the roles of queer identities in being a scientist.

Nowick came to understand that, in a way, he now held the keys to help others just as his high school teachers had done for him, which is why he would later push for representation of the LGBTQ+ community in his field’s largest society, the American Chemical Society. “Up until about 2010, efforts to start an LGBT group within the ACS met with resistance,” said Nowick. “If your main professional society has been pushing back due to institutional discrimination, and saying we don’t have a place for this, that’s a sign there’s a problem there.”

In response, Nowick helped found the Gay and Transgender Chemists and Allies Subdivision in ACS in 2010, and when he became Chair of the subdivision, he organized symposia that brought together LGBTQ+ faculty, students and post-docs, along with dozens — and in one case hundreds — of other chemists. Nowick notes for an LGBTQ+ graduate student and postdoctoral scholar research symposium that he organized: “A powerful sense of community among the speakers grew out of the symposium, which will have impact for years to come as the speakers move into their independent careers.” These symposia are now a regular component of ACS meetings and have continued to run under the leadership of later Chairs.

When we spoke Nowick wore a blue-collared button-up shirt and khaki chinos. He sported a pen in his shirt pocket, and he recalled a Halloween when the members of his lab all dressed in that same outfit, right down to the pen. It’s a signature — a theme — and to Nowick themes in science are just as unique to a scientist as the way a person choses to dress.

One of Nowick’s themes sits in a tiny box in his office. In the box sits a glass vial, and in the vial sit “red-orange crystals of a chemical compound that I synthesized almost thirty-eight years ago. A very, very interesting structure that was directly related to my research,” said Nowick, who made the molecule when he was an undergraduate at Columbia University, and when he made it he “saw” the structure of the molecule using a method called X-ray crystallography — and that’s when another epiphany precipitated. “It’s this seeing,” Nowick said. “Seeing your molecules, and that’s a theme that’s pervaded my research program.” Like seeing a patchwork and sensing the ways in which each patch works together with the others to create a pattern that’s wholly unique, seeing a molecule in three dimensions, Nowick explained, helps a scientist grasp the shape and therefore the function of a molecule.

In a 2018 study published in the Journal of the American Chemical Society, Nowick and a team of researchers describe the X-ray crystallographic structure of an antibiotic called teixobactin. A drug candidate against certain pathogens, the structure and, thus, way in which teixobactin binds to pathogens had been poorly understood. “We ended up realizing that dimerization — two molecules coming together as part of a larger supramolecular assembly — was key in that process,” said Nowick. And that sense for the three-dimensionality of molecules as a reflection of their function became essential last year when Nowick and his lab, including Assistant Project Scientist Adam Kreutzer, designed a molecule that, like a wrench tossed in a machine, blocks a key enzyme essential to the replication of the coronavirus — a find that could open the door for new COVID-19 treatments. Nowick and his research group members shared their findings through a paper in the European Journal of Medicinal Chemistry, and they also published a second paper in the same journal and made a YouTube video that teaches others how to design drug candidates against COVID-19 and other diseases.

And that’s a glimpse of Nowick’s own supramolecular patchwork, which started stitching itself together the day Nowick saw the Universe turn a copper penny silver. Nowick, it seems, traded places with the Universe, and has been turning other kinds of pennies silver ever since — and changing others and the world around him in the process.