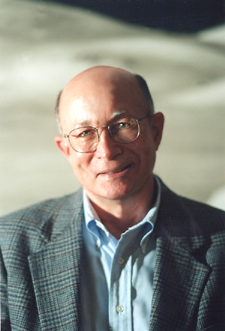 Born February 25, 1940 in Port Arthur, Texas, Bill received his B.S. in chemistry from the University of Oklahoma in 1961, and his Ph.D. in oceanography from Johns Hopkins University in 1967. Before joining the UCI faculty in 1993, he was professor and chair of Marine Science at the University of Alaska, Fairbanks.

Bill was recruited to UCI by former chancellor and ESS chair Ralph Cicerone, and was one of the key people who helped propose and found ESS — the first department in the nation founded specifically to study how humans interact with the earth system to alter climate, element cycles and atmospheric chemistry. He served as chair of ESS from 2000 to 2003. Along with his wife, Carelyn, Bill established the Carelyn Y. and William S. Reeburgh Endowed Earth System Science Lecture Series.

Bill Reeburgh’s research contributed enormously to our understanding of the global methane cycle, and it was once said that he was to methane what Dave Keeling was to CO2.  He recognized that methane entering the atmosphere and oceans represents the small imbalance between very large methane production and oxidation sinks resulting from microbial activity in sediments and soils. He demonstrated an important new sink mechanism for methane in oxygen-free environments, but had to convince skeptical microbiologists, as no microbe had then been discovered with this metabolism. To do this, Bill used what he called “the 3R’s”  – documenting routes, reactions and rates by combining tools ranging from sediment reaction-diffusion modeling, isotope labeling and stable isotope distributions to build an incontrovertible case. Many of the measurements came from favorite field sites in Skan Bay, Alaska and the Black Sea.

With his students, Bill Reeburgh vastly expanded our understanding of methane biogeochemistry in marine and terrestrial environments. To his work on ocean chemistry, Bill added research on methane fluxes from tundra soils, doing one of the first regional upscalings to estimate the balance of sources and sinks along the “Haul Road”, the Dalton Highway that runs from Livengood to Deadhorse, Alaska. Bill enjoyed working outdoors, whether on ocean-going vessels or in the Arctic.

Among his many academic distinctions, Bill was a fellow of the American Geophysical Union, the Geochemical Society, the American Academy of Microbiology and the American Association for the Advancement of Science. He served as the Chief Editor of the American Geophysical Union journal, Global Biogeochemical Cycles, from 1998 to 2004, and was a major influence in shaping the journal in a period of rapid growth. He was active in the growth of AGU’s Biogeosciences section, serving as its President, and sponsoring the William S. and Carelyn Y. Reeburgh Lecture, which recognizes scientists making significant contributions to the fields of global biogeochemistry and marine geochemistry through novel measurements.

In addition to his commitment to his research and to UCI, Bill enjoyed woodworking and was always on the lookout for the Norfolk Pine that had to be cut down on the UCI campus for use in his projects.  Bill and his wife, Carelyn, met while studying in Bermuda, and were married for 54 years until Carelyn’s death in 2017.  Bill was very proud of his three children, Scott, Nancy and Peter and kept his colleagues up to date on their growing families. On retiring from UCI, Bill moved to Vancouver, Washington where he continued to enjoy his woodworking, spending time with grandchildren, and serving on various scientific advisory committees.

Bill is survived by his three children, six grandchildren and two sisters. He also inspired his graduate students and postdocs, many of whom continued to work in biogeochemistry.

Information on a memorial service is pending.