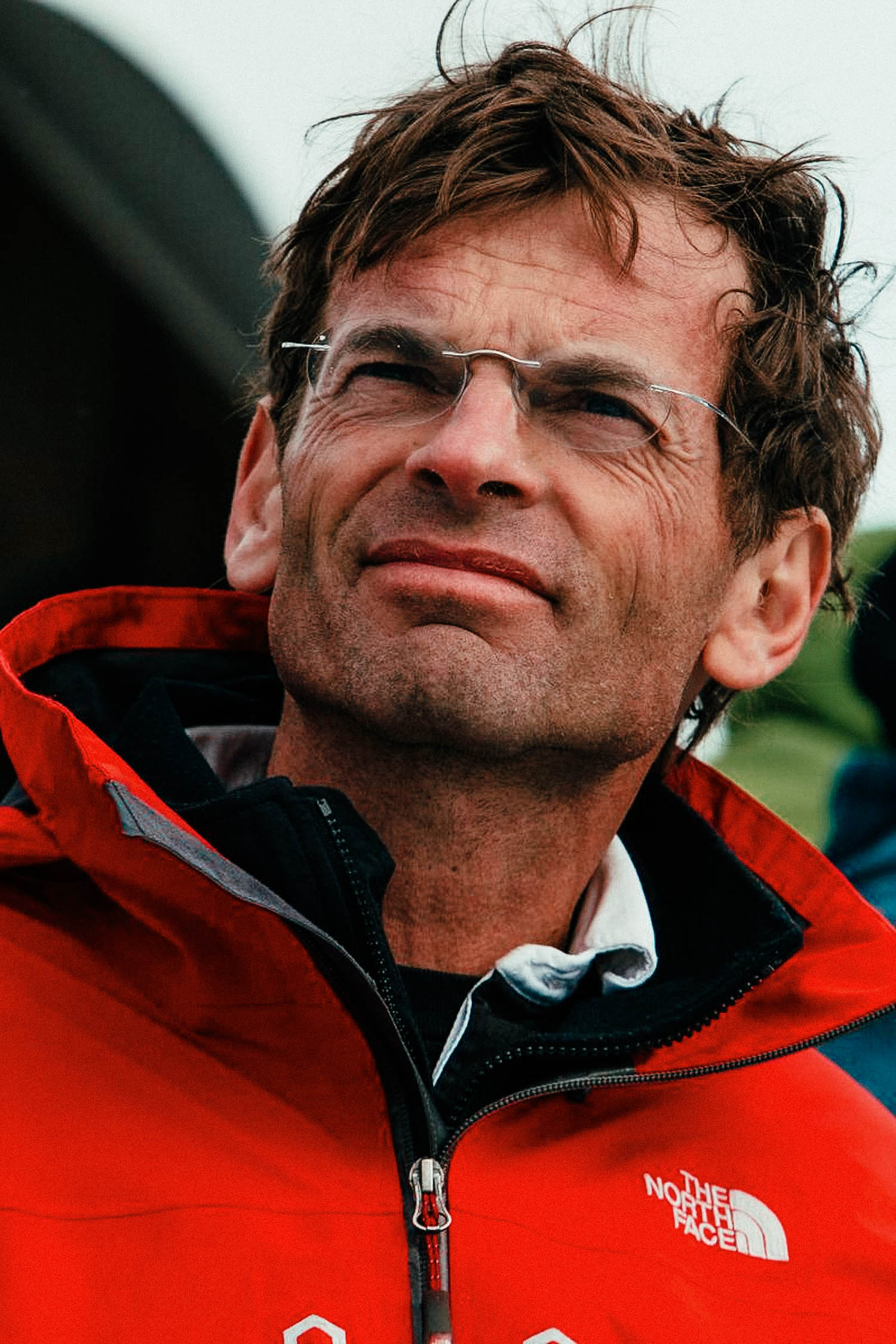 Professor Eric Rignot went on 12-hour flights over Greenland and Antarctica to discover the details of how ice sheets in those places are melting into the oceans.

These are just some of the headlines that came from NASA’s Operation IceBridge — the largest airborne polar science project ever undertaken — larger than the U.S. Navy’s Operation Highjump, which saw 4,700 troops in 1947 deployed to survey Antarctica — and a project that Department of Earth System Science professor and glaciologist Eric Rignot helped spearhead during its 11-year run from 2009 to 2020.

Operation IceBridge’s aim was to understand how the thicknesses of ice sheets in Antarctic and Greenland are changing as climate change unfurls. To do this, Rignot and legions of scientists and crew members took flight over the planet’s poles to remotely measure the ice.

Flights would take off from places like Hobart, Australia and Punta Arenas, Chile, in South America, and scour Antarctica.

But flying into what amounts to another planet right here on Earth is its own challenge.

“It’s daunting to go on these 12-hour flights,” said Rignot.

One reason it was daunting was that, while there are emergency landing strips in Antarctica, Rignot knew that if he and his team had to land on one of them, it was always unclear how long it would take for anyone to come rescue them.

“Once you’ve done a few campaigns, you’re done for your life,” said Rignot. “I had my share of flights.”

But Rignot wanted to explore what the primary forces are that drive ice sheet melt in Antarctica and Greenland’s ice sheets, and being a part of Operation IceBridge was a chance for him and others involved in the mission to understand those ice sheets in ways no-one ever has before.

This made the long flights worthwhile, because, Rignot explained, Operation IceBridge helped glaciologists gauge ice sheet thicknesses, which allowed them to, in 2019, publish research in Proceedings of the National Academy of Sciences detailing exactly how much Greenland ice melted over the last half century, revealing that melting of the ice sheet caused sea levels to rise by almost 14 millimeters since 1972, with half of that change happening in the last eight years alone.

Such results help climate scientists to better model how climate change will keep proceeding, as the work provides real-world data that scientists can check their model results against.

The expeditions emerged as a direct result of the federal stimulus money that came in 2008 during the Great Recession, and Rignot pushed for a gravity meter, or gravimeter, to be a part of the mission. The instrument measures fluctuations in the tug of gravity on an airplane, and those fluctuations, like sonar, can reveal the shape of the planet beneath the ice.

None of the results that came out of Operation IceBridge, Rignot added, would’ve been possible without the flight team that made Operation IceBridge happen. Rignot described a camaraderie that emerged between everyone on the mission, because when you’re at the edge of the world as they were, all you have are the few other people around you.

John Sonntag was the mission scientist on Operation IceBridge, and, working with a crew that included former Air Force personnel, it was Sonntag’s job to watch the weather and make the calls on whether or not a flight could happen that day.  “Planning for each day would start the week before,” said Sonntag, who would monitor Arctic and Antarctic weather reports for signs of good weather days.

One of those days came when, over the Wedell Sea near Antarctica, Sonntag spotted a “highway” of clear sky in the midst of inclement weather. It was a good chance for the Operation IceBridge team to go collect data, and while “we got to that day and it turned out the windshield on the airplane had cracked,” and the flight couldn’t happen, it was thanks to such careful watch of the weather that missions happened at all.

Data from the missions helped a team of researchers that included Rignot peer beneath Antarctica’s Denman Glacier, which, if it completely melts, could raise sea levels by about 1.5 meters. The results, published last year in Geophysical Research Letters, detail how, using Operation IceBridge’s gravity data, warm ocean water inundates and melts the ice shelf to a much greater extent than thought.

“We collected a lot more data than I thought we could,” Rignot said.

Operation IceBridge ran for 11 years, but there are still polar regions it didn’t map, leaving regions of the seafloor that remain shrouded in mystery. Rignot hopes future missions will fill in these gaps, but, right now, there are no such plans afoot.

“It’s gunna be hard to do something like this in the future,” he said. “Yet, Operation IceBridge has proven how invaluable airborne remote sensing science can be to improve our understanding of the Earth system and make major discoveries.”