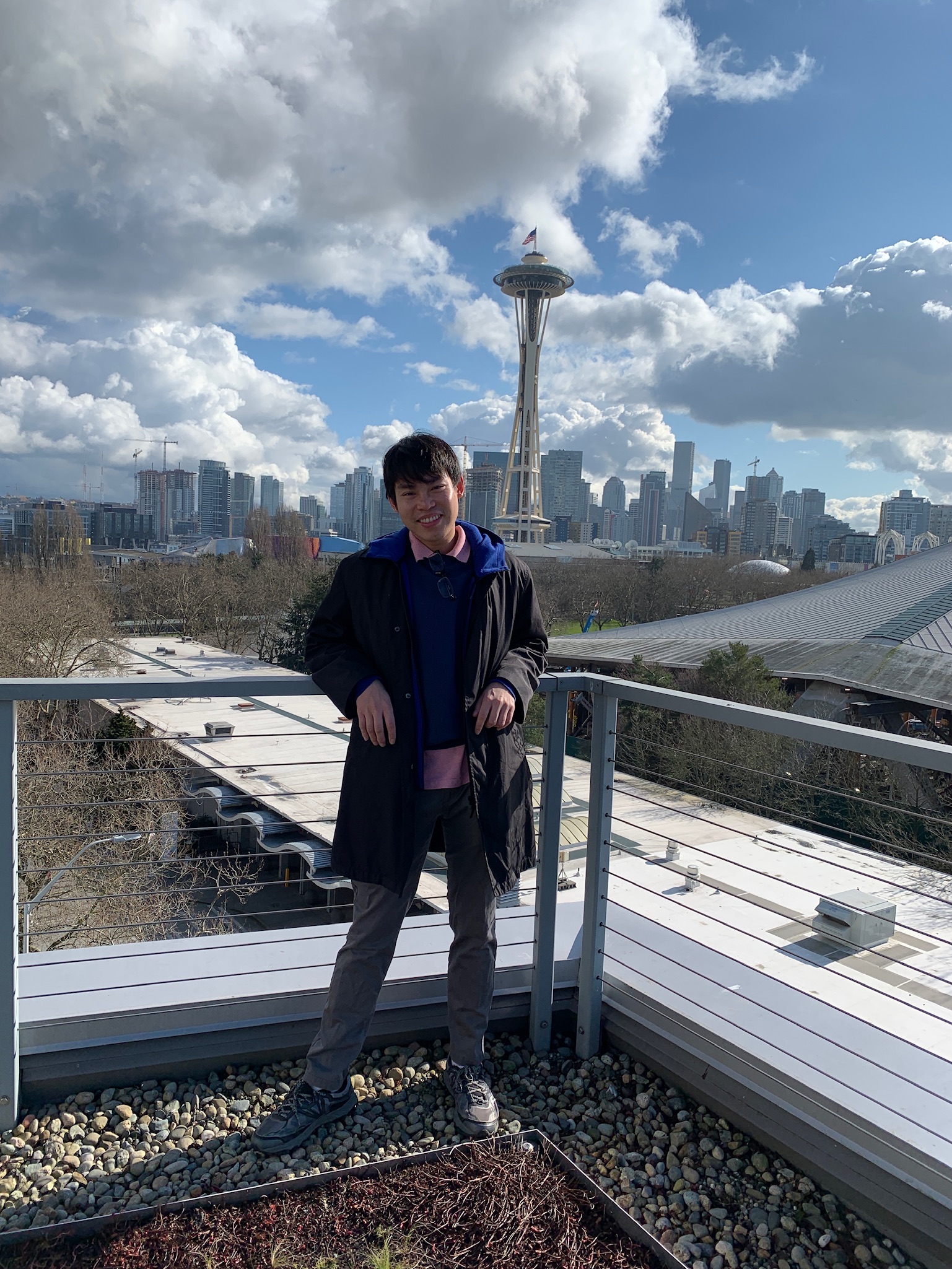 His work is part of the field of research that ensured this photo of Bui standing in Seatlle, Wash. is as clear as it is.

There’s a reason why so many of the images we take with our smartphones turn out crystal clear, despite our shaky hands, and it’s because mathematicians like Kevin Bui of the UCI Department of Mathematics do research on something called “regularization methods,” which, Bui explained, “denoise and deblur” the image to make something clear and sharp. Last year, Bui and his advisor, Professor Jack Xin, won the Springer-Verlag Best Paper Award. In February, Bui landed a three-month summer internship at Argonne National Laboratory near Chicago, where he’ll continue his regularization research.

“Regularization is an important tool to derive a particular type of desired solution for a model,” Bui said. But “these days, there are many types of regularizers, so it’s hard to determine which one to use.” At his internship, Bui will work to develop a protocol that’ll help users decide which regularizer is best to use for their particular project.

And Bui, who’ll work as a Wallace Givens Associate at Argonne, will be continuing his work on image regularization with a special focus on image reconstruction. Image reconstruction, Bui explained, aims to reconstruct a high-resolution image from a limited number of snapshots of the same image but taken at different angles or locations. The technique arises in many fields, including materials science and biology where microscopy imaging is common. “Even the first-ever image of the black hole was generated thanks to image reconstruction,” said Bui.