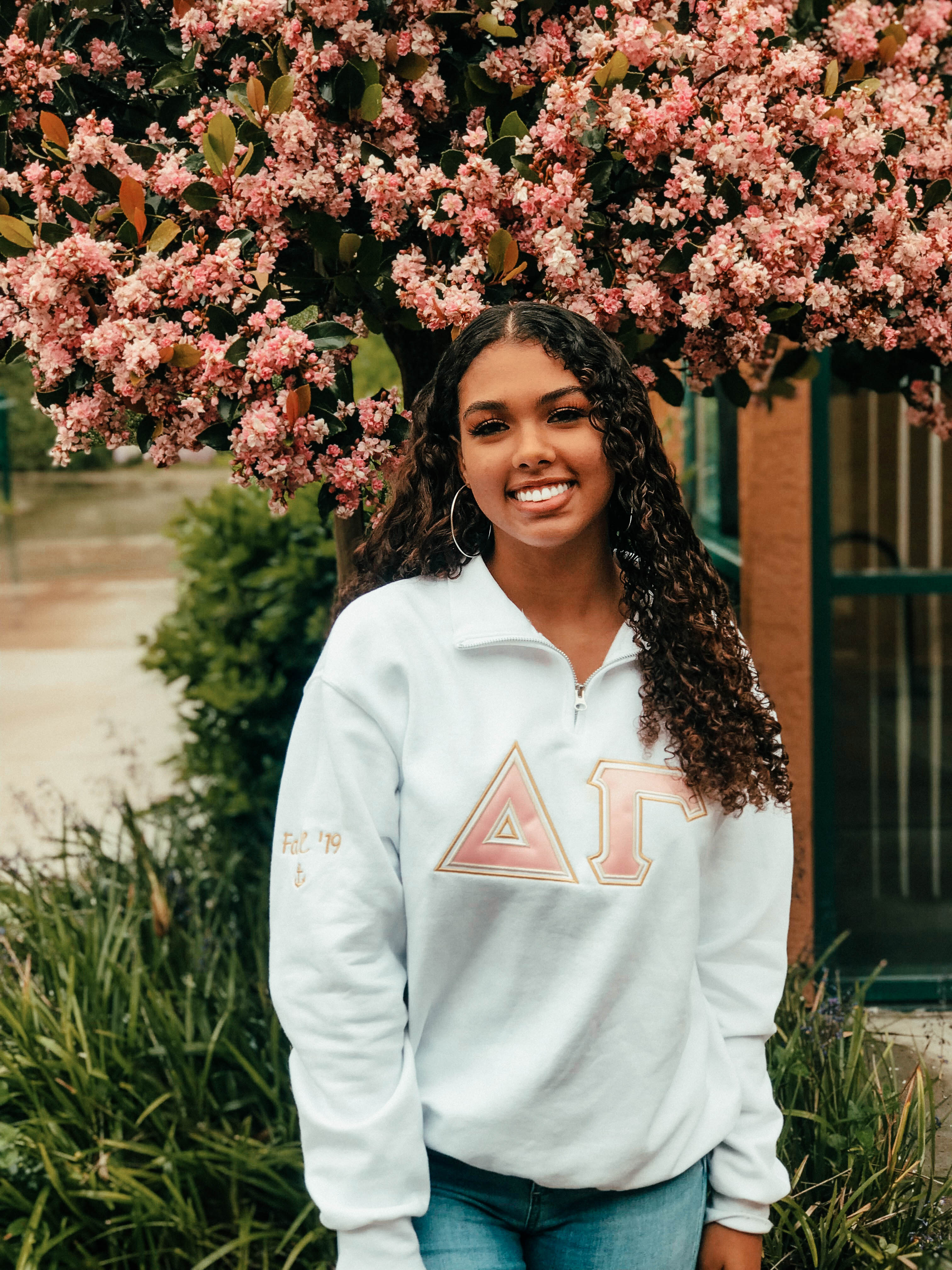 "In my imagination, I'm surfing and spending time with loved ones," said Perymon about the pandemic.

Kelly Perymon imagines different worlds. One of those worlds is a world without coronavirus, where the summer internship she just landed through the UCDC program isn’t going to be something she’ll attend from her desk or her couch at Arroyo Vista housing at UCI.

She also imagines a world without climate change, a world where trillions of tons of ice from the Greenland ice sheet aren’t melting into the oceans every year, and one where droughts don’t last for so many years in places like California that forests dry and die and turn to kindling that’s perfect for the next Rhode Island-sized wildfire to blaze and choke the skies with smoke and force her to stay indoors even if there isn’t a pandemic.

She’s imagining these worlds, and, for that second one at least, she’s following her imaginings into reality. Perymon’s a climate activist and an undergraduate in the Department of Earth System Science, where she’s an Environmental Science & Policy student, and where she works in the lab of Professor Steve Davis, whose research straddles the boundary between science and society. Some of Davis’ recent work reveals how human land use practices threaten to derail the climate change mitigation goals set by the Paris climate agreement in 2015, which makes countries legally obligated to meet certain greenhouse gas emission reduction goals.

In the spirit of that work, Perymon’s working on a project alongside Davis “looking at energy use and temperature correlations,” she said. She and Davis are working to forecast by how much low-income communities stand to be financially impacted by the increased need for air-conditioning as hot regions of the planet get hotter as global warming keeps unfurling.

“I’m learning more about climate change as it affects the Earth system, and how it affects our social systems,” Perymon said. “The people who’re contributing the most to climate change are not made up of the demographics who’re going to feel the effects of climate change the most.” Climate change is expected to fuel mass migrations as many parts of the world start to become uninhabitable. This leaves those who can’t afford to flee to face the natural onslaughts, and Perymon and Davis want to gauge just how financially strapped such people will be.

Perymon’s taking such climate change know-how to the masses. She’s a UC Climate Neutrality Initiative Climate Action Fellow, a position she uses to help make UC’s and UCI’s sustainability efforts accessible to everyone. As a fellow she’s building websites, one of which reveals the ways in which UC’s working to become more sustainable. She designed a graphic for that site that points out UC’s sustainability goals, from reducing greenhouse gas emissions to 1990 levels by 2020 to 30% of commuters needing to use zero emission vehicles by 2025. (Perymon said the verdict’s still out on whether or not UC reached 1990 emissions levels last year.)

When she’s not spreading the word on the web, she’s working with the UCI hub of the Sunrise Movement — a political action organization that pushes for legislative action on climate change. She’s Sunrise's UCI Hub Coordinator, overseeing social media and press efforts, recruiting new members, and, more recently, lobbying Orange County congresswoman Katie Porter to support green legislation. Getting Katie to support, for instance, a Green New Deal, which seeks to overhaul things like the nation’s infrastructure in a sustainable way, “is becoming more of an uphill climb than we thought it would be — but we’ve been Zooming back and forth with her chief of staff trying to make some ground,” Perymon said.

Perymon does all of this work from home. “Right now, it’s a lot of sitting on the couch,” she said. But she’s still imagining different worlds, and imagining a day when those worlds aren’t just in her imagination.