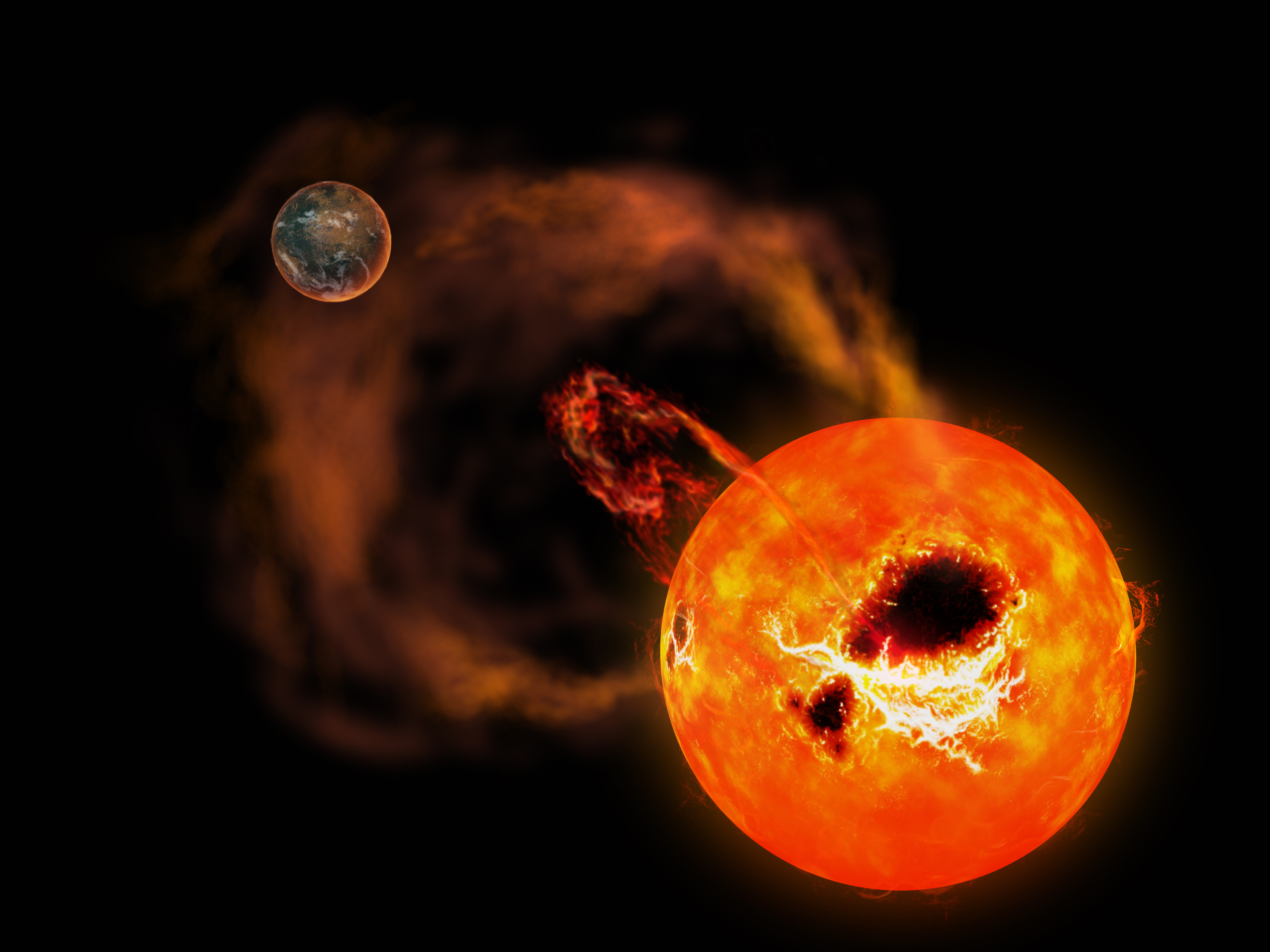 Artist's impression of a distant exoplanet orbiting a star with a starspot.

Astronomers like UCI’s Professor Paul Robertson hunt for habitable planets beyond our solar system. But the task is like trying to spot a friend who’s standing in the dark on the opposite end of a packed stadium — you’re going to need help. To boot, the only light you have to spot your planetary friend is the light coming from the star that the planet’s orbiting around. So, Robertson waits for an exoplanet to pass in front of its host star, and then, like catching a passing glimpse of your friend’s silhouette, he spots a planet by measuring shifts in the light coming from the star as the planet passes in front of it. Robertson and his colleagues have peered at many exoplanets this way — but one potential pitfall dogs them: How do they tell the difference between a planet that’s passing in front of its host star, and a starspot in the star? Starspots, Robertson explained, are regions of lowered luminosity on a star; our sun makes starspots, and on a star that’s many millions of lightyears from Earth, a starspot on a rotating star can alter the light in such a way that an astronomer may think it’s a passing planet, much like stellar “camouflage,” said Robertson, who’s in the UCI Department of Physics & Astronomy. In research published in The Astrophysical Journal, Robertson and a team that includes UCI graduate and undergraduate students poured through images of starlight trying to spot features unique to starspots that might help the team tell starspots apart from planets. One thing they discovered, Robertson said, is that starspots can stick around for hundreds of rotations of a given star — something that could make an astronomer mistakenly think they have a planet on the hands. At the same time, this feature could come in useful, as it’s relatively rare that a planet will orbit in perfect sync with its host star’s rotation. Otherwise, Robertson said, “one way to distinguish between a spot and a planet is to just watch for a few cycles and see if it sticks around.”