Velicogna, a glaciologist, has spent her career unraveling the dynamics of glaciers in Greenland and Antarctica.
UCI Physical Sciences Communications 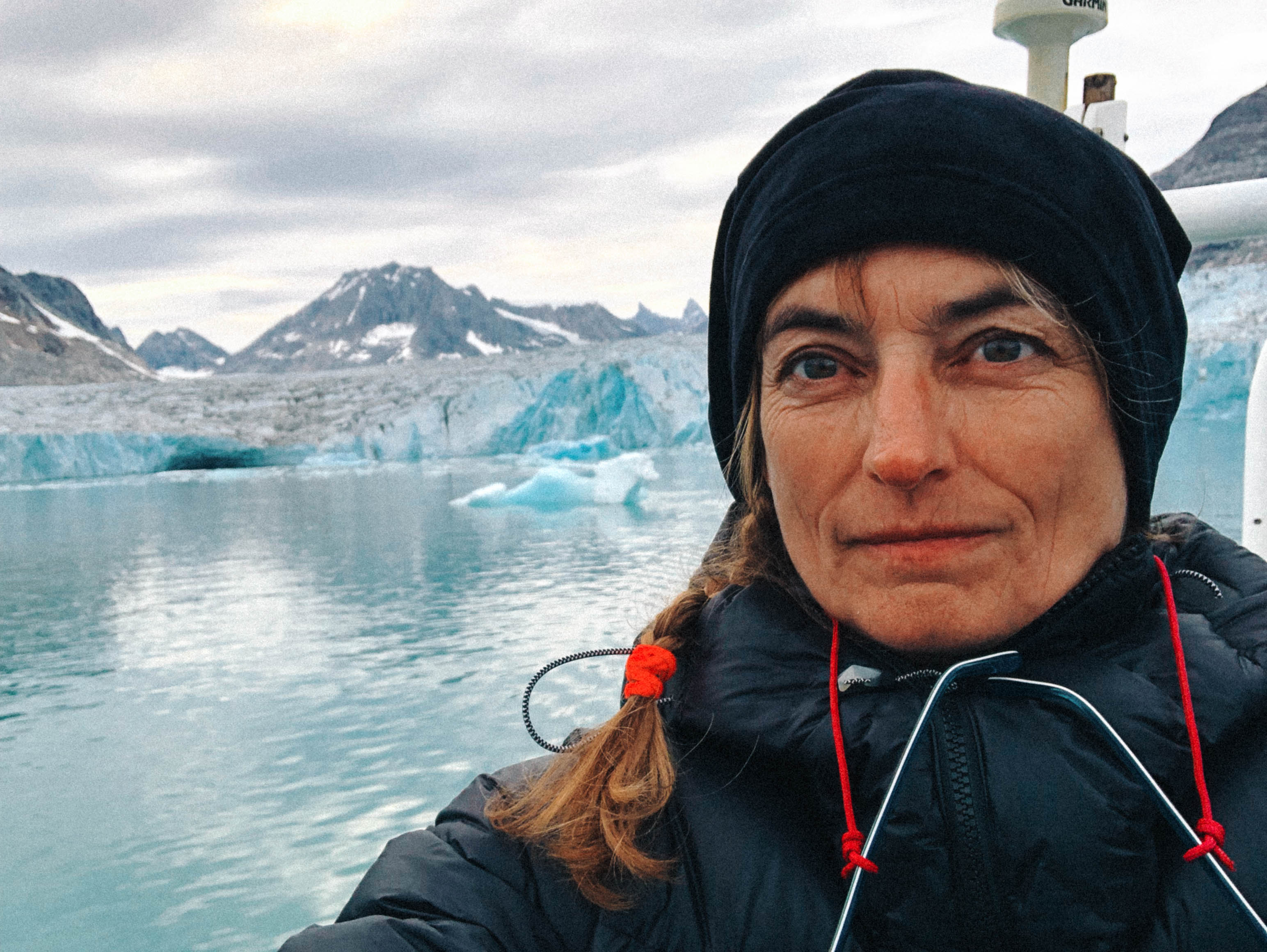 Velicogna poses in front of a glacier in Greenland.

Physical Sciences Communications can’t keep pace with Professor Isabella Velicogna of the UCI Department of Earth System Science. In September, the American Geophysical Union (AGU) — the largest geoscience society on Earth — announced that Velicogna, who studies the ebb and flow of glaciers in places like Greenland and Antarctica, would be giving their prestigious John F. Nye lecture. And now, in the same year, AGU is honoring the glaciologist in a new way: she’ll be receiving the union’s Joanne Simpson Medal for Mid-Career Scientists. The medal, named in honor of Joanne Simpson, who was the first woman to ever earn a Ph.D. in meteorology and who trailblazed research into tropical clouds and hurricanes, goes to scientists who’ve made equally-pioneering advances in their fields. Using satellite data, Velicogna and her research team track, among other things, the loss of ice from glaciers as climate change continues amplifying. Earlier this year, Velicogna led research revealing that the summer of 2019 spurred Greenland to lose ice at never-before-seen rates: 600 billion tons of the island’s ice vanished, which was enough to raise global sea levels by 2.2 millimeters in just two months. If you’ll be at the virtual AGU Fall Meeting from December 1 to December 17, and want to go to the Honors Tribute that will recognize awardees like Velicogna, the ceremony will be on December 9 at 3 p.m. Pacific Daylight Time.