The honors recognize contributions to the field of that encompasses ice on Earth in all its forms: cryospheric science
Lucas Joel
UCI Physical Sciences Communications 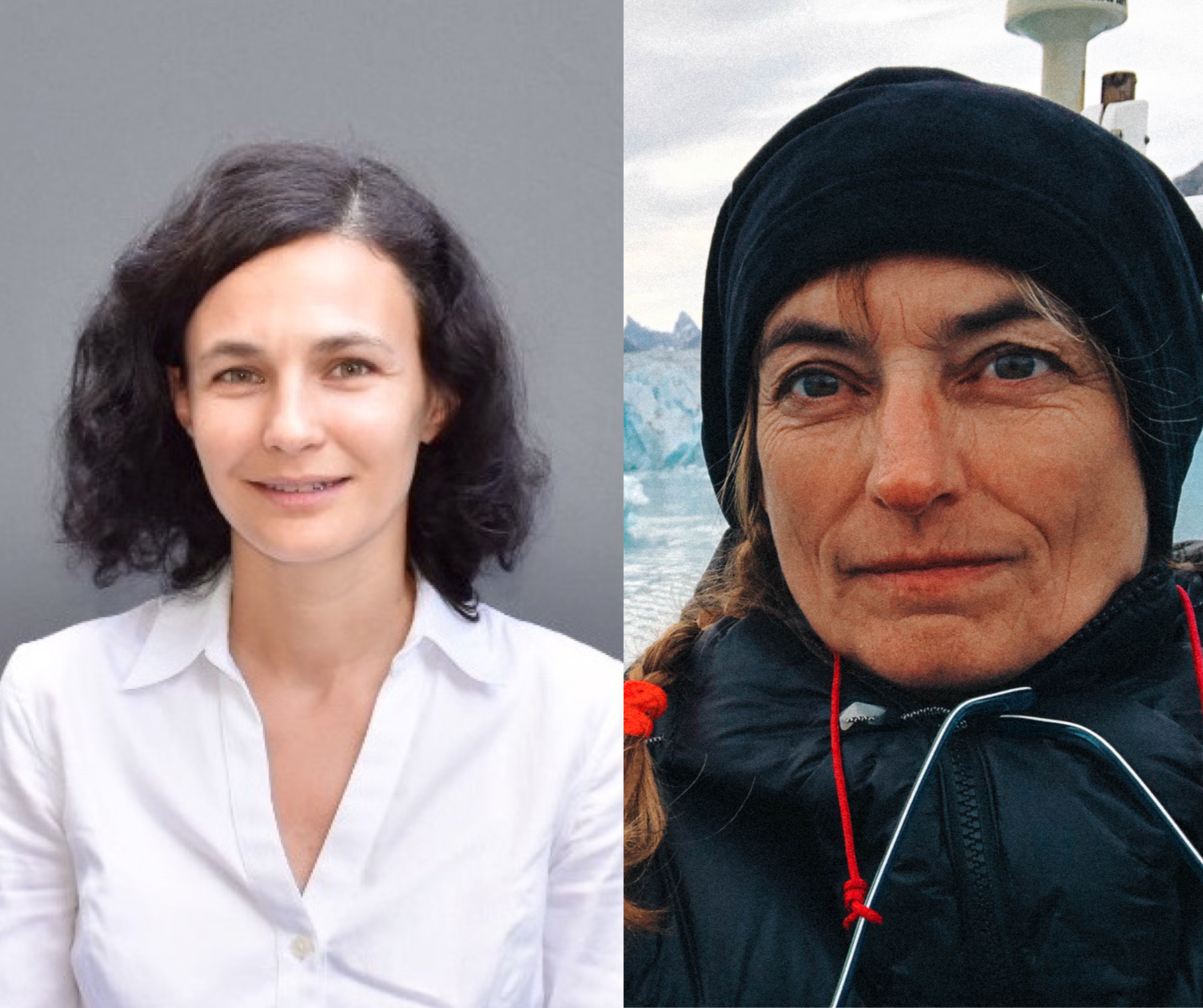 Helene Seroussi and Isabella Velicogna. They both study ice sheets, one from afar, one from up close.

Glaciologist Helene Seroussi’s never seen the ice sheets of Greenland or Antarctica, but she knows a lot about them. Indeed, she knows so much about them that this year the Cryosphere Science Section of the American Geophysical Union — the largest geoscience society in the world — awarded her their Early Career Award for her work studying those ice sheets.

Seroussi will accept her award during the online Fall Meeting of AGU in December, and at the same meeting, another member of the UCI Department of Earth System Science (ESS), glaciologist and professor Isabella Velicogna, will give the Cryosphere Science Section’s John F. Nye lecture — a talk given by those with stand-out careers in cryospheric science.

Seroussi, also a glaciologist, is a scientist at NASA’s Jet Propulsion Laboratory (JPL) in Pasadena and a visiting scientist at UCI, and she spends her days doing numerical computer modeling to “simulate how the ice sheets are flowing,” she said. Ice sheets flow and melt into the ocean, and using satellite images from JPL’s network of Earth-monitoring satellites, Seroussi simulates how the water surrounding continental ice affects the motion or the melting of that ice.

“I simulate not just the ice — I also simulate the ocean in front of it,” said Seroussi, who does her modeling so she can see how ice sheets will change as climate change keeps unfurling. Her results inform things like the global climate computer models that organizations like the United Nations use to draft their climate change reports; by not accounting for how much oceanwater contributes to melting, Seroussi explained, such models can either overestimate or underestimate to what extent glaciers will change. One glacier — the Thwaites glacier in Antarctica — was, in models without Seroussi’s input, retreating twice as fast as it likely is.

Seroussi hasn’t visited the ice sheets that she models, and she doesn’t need to, because the kinds of forces she models — entire oceans surrounding continents — aren’t measurable in the field, anyway. “It’s not that easy visit them,” she said. “These things are not always possible to verify in person — that’s why we use all kinds of remote sensing observations and numerical models.”

Velicogna, meanwhile, also studies the ice sheets of Greenland and Antarctica. She collects measurements of ice sheets in the field so she can gauge the extent to which the ice sheets are melting — something she plans to highlight during her talk in December.  “This lecture is probably one of the most prestigious named lectures in cryosphere science,” Velicogna said. “I’ll talk about novel techniques to document the melting of ice in Greenland and Antarctica, and discuss their contribution to sea level and also how our field of research has become more diverse and inclusive in recent years.”

Professor Eric Rignot, a climate scientist and the chair of ESS who gave the same talk as Velicogna in 2015, said, of the pair’s recognitions, “that’s a slam dunk for the ESS family in cryosphere, since they only offer two awards each year. Well-deserved for both of them.”

Neither Velicogna nor Seroussi will be at AGU’s Fall Meeting in person, as the pandemic forced the meeting online this year, and Seroussi said she’ll miss the nice discussions and dinners they typically serve at ceremonies like this one. “Who knows,” she said, laughing. “Maybe they’ll ship me a good dinner via FedEx or post office.”