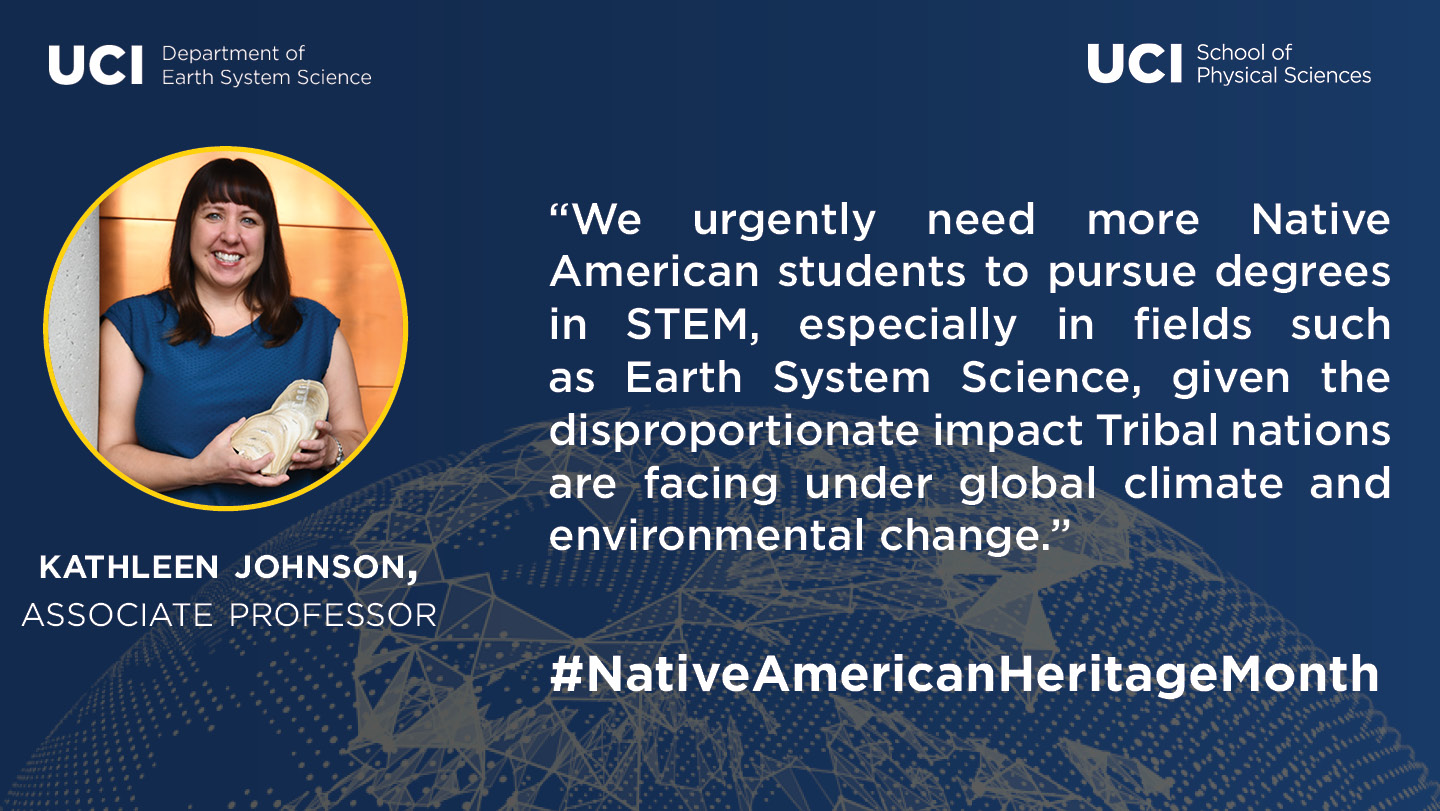 They were the first Americans, and this month, which is Native American Heritage Month, is an invitation to reflect on a history of a people that, extending back thousands of years, saw the rise of thriving civilizations and cultures that, when Europeans arrived, were met with genocide. This month, Join the School of Physical Sciences and learn about the ways in which Native Americans move their fields forward, and how they move the people around them.

PS: Tell us about who you are and about your research.

KJ: My name’s Kathleen Johnson, and I’m a member of the Grand Traverse Band of Ottawa and Chippewa Indians, located in Northern Michigan, near where I grew up.  I’m a first-generation college student with B.S. and Ph.D. degrees in geology. My research combines field work in caves, geochemical analyses of cave carbonates — stalagmites — and analysis of instrumental climate and climate model data to study past climate, or paleoclimate, variability in regions such as Mexico and Southeast Asia. By studying the timing and underlying dynamics of past precipitation variability in these regions, we hope to improve climate model projections of future rainfall changes, which are critical for climate change adaptation planning in these highly-populated regions.

PS: What advice do you have for Native American students who are considering a career in STEM?

KJ: We urgently need more Native American students to pursue degrees in STEM, especially in fields such as Earth System Science, given the disproportionate impact Tribal nations are facing under global climate and environmental change. This is what motivated me to start the UCI American Indian Summer Institute in Earth System Science, which was a two-week residential summer program for Native high school students that ran from 2012-2017. I strongly encourage all Native students to be persistent, build a network of supportive mentors, pursue your passions, and use your skills to give back to your communities and inspire the next generation of Native youth.