Going to UCI from a distance

Students finished the quarter by themselves. But they’re not alone.
Lucas Joel
UCI Physical Sciences Communications 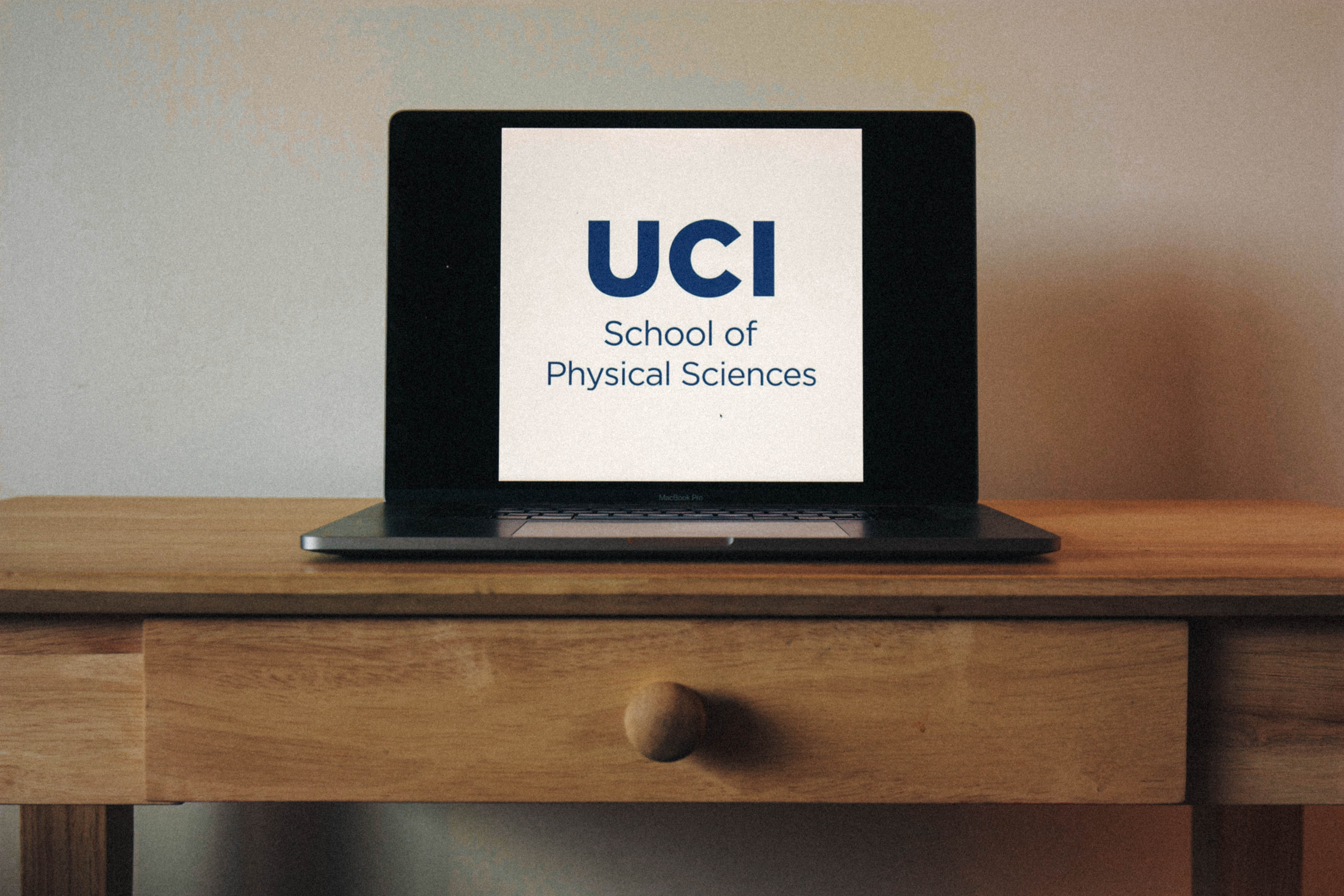 Giuli Zelaya misses her rats. She hasn’t seen them in months, because when the coronavirus pandemic hit, she, along with most of the rest of UCI’s undergraduates, had to abandon campus. It doesn’t matter that Zelaya will one day euthanize the rats as part of research into THC’s neurological effects — she still misses the rodents. “It breaks my heart,” said Zelaya, who’s majoring in neurobiology.

Zelaya had to move out of her apartment mid-lease and into her parent’s place in San Diego. She left UCI mid-quarter, but still had to finish her courses. Zelaya is one of innumerable people who, though they can’t go to UCI, are still going to UCI remotely. This includes students like her, but also teachers who, like the rest of us, got an unexpected hand and are now having to imagine new ways of staying in the game.

Renée Link is an Associate Professor of Teaching in the School of Physical Sciences, and during the spring quarter she taught an organic chemistry lab class, Chem 51LC, online. Link cares deeply about how her students are doing as the pandemic rages, because, she explained, she was once a student who struggled to stay afloat.

Link’s life started in Florida. She and her family moved around the country to places like Louisiana, Kentucky, and northern Illinois, and they had very little. “I was one of those students who had all of the grades and none of the money,” Link said.

Link moved to San Diego with a friend a month after she graduated high school. She was 18, and she worked three jobs so she could put herself through college. She went to Southwestern College in Chula Vista, and, before coming to UCI to get her Ph.D., she transferred to UC San Diego where she graduated in 2002 with a bachelor’s in chemistry. Link had no financial support from her family, so “I try to be the voice in the room that reminds people that not everyone has family they can rely on,” she said. “I do a lot trying to normalize that this is challenging. It’s OK to ask for help.”

Giuli Zelaya is one of Link’s students. Both of Zelaya’s parents lost their jobs in the wake of the pandemic, and there was no Wi-Fi at her parent’s house, so Zelaya would walk about 30 minutes to a Starbucks so she could connect to the Internet and do her coursework. She couldn’t go inside the Starbucks because of coronavirus, so she would connect to the Wi-Fi from the curb outside. Then, when Starbucks wasn’t an option, Zelaya would trek to Denny’s and use their Internet. “It’s kind of a mess,” Zelaya said. “It’s very strange. It’s definitely something I’ve had to get used to.”

Zelaya’s a third-year neurobiology major, and before the pandemic forced her to jump ship, she worked in the labs of professors Christine Gall and Gary Lynch of the UCI School of Medicine. Zelaya wants to go to medical school one day, which is why she does medical research on rats, and which is why she’s taking Link’s organic chemistry class this quarter. Zelaya goes to Link’s office hours on the Zoom videoconferencing app, and it was there that Link learned about Zelaya’s Internet struggle. Link let her know how to ask for an Internet hotspot from UCI, and the two would chat about class, and “chat about life and how everything is going for both of us,” Zelaya said. “Being listened to really helped, and knowing I’m not alone is a huge thing.”

Our students are not alone, but they are, by and large, by themselves. Philip Collins, a professor in the Department of Physics & Astronomy, has spent the last decade learning how best to give remote students an in-person experience. Collins teaches online introductory physics classes, and he films demonstrations of physics principles that “are visually stunning, with an element of surprise that really promotes conversation in class,” Collins said. In one of the videos, Collins holds a yellow ball up to a hose that’s blowing air out of its end. He lets go of the ball, but the ball, rather than flying away, stays put at the nose of the hose. “Bernoulli’s principle tells us that fast-moving slipstreams around the ball are creating a pressure differential, with higher pressure lifting the ball from below,” Collins said.

Demonstrations like this can help make online courses just as good at transmitting lessons as in-person courses. But that’s where the similarity ends, Collins explained. “You certainly don’t have the same face-to-face interactions with students that you would have in the classroom, and that is a big part of the college experience, and that is missing,” he said. “That part is not as good. Period.”

That part isn’t as good, and, according to one undergraduate majoring in applied physics, Al Snow, online learning can also be less equitable. Snow’s a third-year student who works as a Learning Assistant — undergrads hired to help teach courses — for Physics 7E, an introductory physics class. Students will work in groups using “breakout rooms” in Zoom, and some, Snow explained, own tablet computers and can put their group’s work on those tablets and display the work on Zoom. But not every student has a tablet, which can make it harder for a group to share its work. “If you get put in a breakout room with someone who has that, then you’re lucky,” Snow said.

When you take a class online, you can’t reach out and touch what you’re learning. But Albert Siryaporn, a biophysicist in the Department of Physics & Astronomy whose lab is developing new treatments for COVID-19, had an idea to help pull his far-flung students back into the classroom: mail the lab to them. Siryaporn mailed each of the students in his Physics 106W class something called a data acquisition card; “with this card, a few wires, and ordinary household batteries, students generate signals that one would normally measure in research labs and perform analysis of their own data,” Siryaporn said.

The cards went to students as far away as Denmark, and as close by as campus, where applied physics major Catalina Dentzel Helmy still lives in her apartment on campus. Dentzel Helmy lost her job after the pandemic hit, and now lives off unemployment benefits. “The best I can do is keep up with my classes,” said Dentzel Helmy, who’s in Siryaporn’s class, and who’s using her card to create her own signal data at home. “I think my professor did a really good job making the class online,” she said.

Amelie Zichy-Thyssen, a single mom and UCI undergrad, lives in Mission Viejo with her three children, aged 12, 10 and eight. Zichy-Thyssen’s from Argentina, and she worked for years as a professional photographer before deciding to go back to school so she could study to become a doctor or a nurse. When UCI said that all students had to leave, she thought she would enjoy learning home. But then she started missing things. “I love to get to know my professors,” Zichy-Thyssen said. “I chat with them after class.”

Then, when her kids’ schools shut down, “everything changed,” Zichy-Thyssen said.

But Zichy-Thyssen, like Giuli Zelaya, was in Renée Link’s organic chemistry class, and Link had “gone beyond to help us out,” Zichy-Thyssen said. “Out of all my professors, she’s transferred online the best.”

Link, alongside fellow Professor of Teaching Kim Edwards, who taught online general chemistry labs this last quarter, mobilized her graduate student teaching staff to film videos of all the chemistry experiments that their students need to learn. The videos show students the labs, and in the parts of experiments that might be a bit dull, the teachers try to do fun things like play the Uno card game with a giant deck of Uno cards.

“Hey, we know this sucks,” Link said. “This is not how anyone wants to do this, but let’s at least try to make this entertaining.”

“I ultimately considered her a mentor,” Zichy-Thyssen said of Link. “Our last class session was my favorite, as she told us how she tried to be our advocate with other professors, and how she could understand what we as students are going through, which was very meaningful.”

Now, spring quarter’s over, but the pandemic still rages. The waves will keep hitting, but UCI students and teachers, who will remember this year forever, will undoubtedly continue navigating our new world with grit and grace as the old world edges over the horizon.

And they’re not alone.