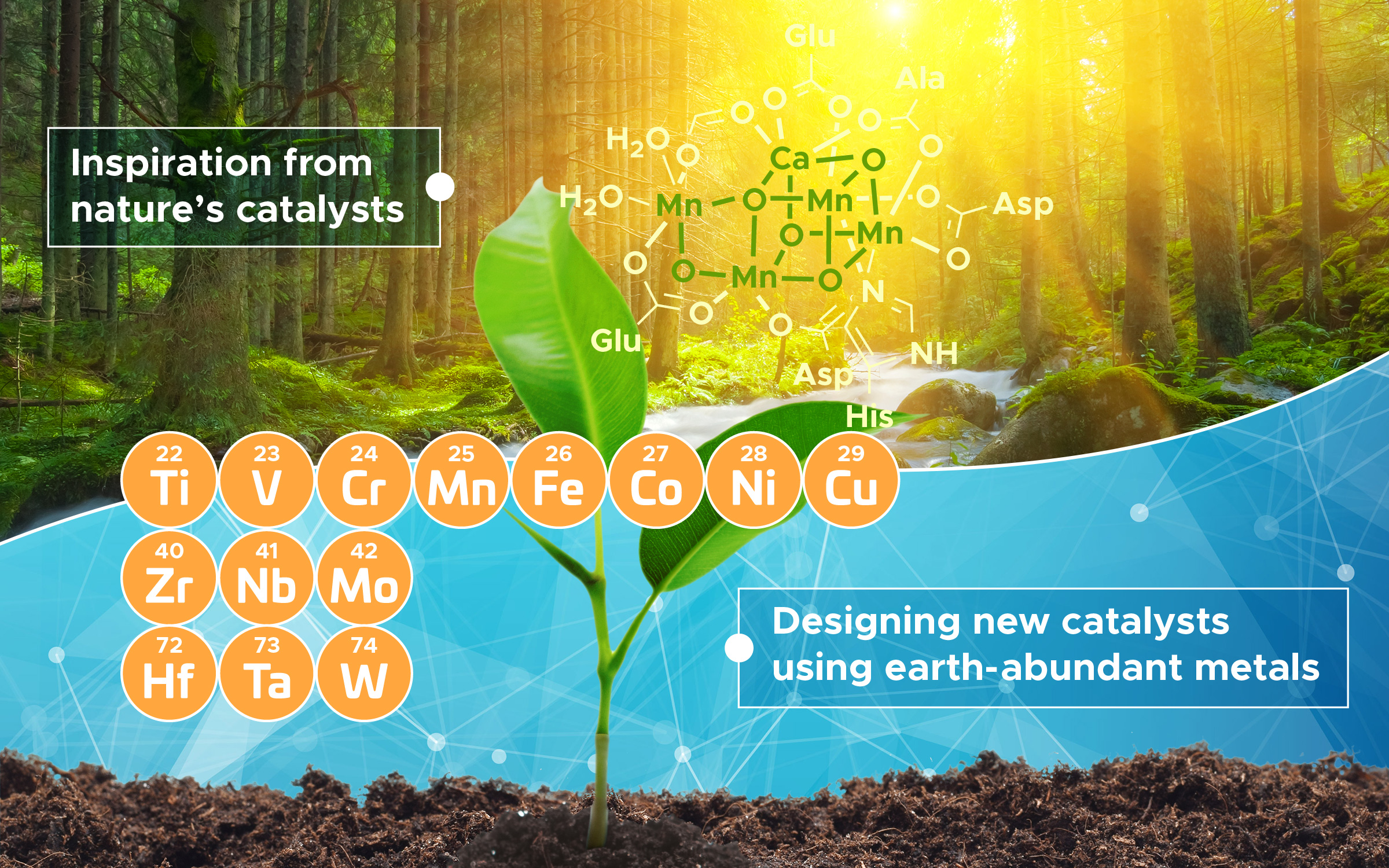 The authors of the new Science paper want researchers to look to catalytic processes that already occur in nature — like the one depicted here, showing the oxygen-making complex involved in photosynthesis — to replace industrial reactions that use expensive and controversial platinum-group metals. “We know that it can be done,” said Jenny Yang, one of the co-authors of the paper.

Chemical reactions are happening all the time, and, for the most part, they happen with or without our say-so. But in the industrial realm, there’s a swath of reactions that require a special kind of metal called the platinum-group metals (PGM) — metals like gold, silver, nickel, and rhodium — to get going. The reactions these metals catalyze help us make everything from pharmaceuticals to making clean, renewable fuels. But PGMs can be expensive to extract, and they can leave behind large carbon footprints. In a new paper published yesterday in Science, a team of scientists that includes Jenny Yang of the UCI Department of Chemistry propose that, instead of precious metals, scientists need to instead look to a different group of metals, called the Earth Abundant Metals (EAM), to catalyze reactions.

EAMs exist in greater quantities — by about 10,000 times — in the Earth’s crust than precious metals do, making them easier to extract. That, and many organisms already use these metals to perform their own biochemical reactions. “Enzymes perform a lot of these reactions that we want to perform in nature,” said Yang, who explained that, because life already uses EAMs, the blueprints for using the metals as catalysts already exist.

Rhodium is one platinum-group metal that, used to catalyze the formation of chemical bonds in medicinal drugs, can cost about $15,000 to extract, while an EAM like nickel, used to catalyze reactions to make clean hydrogen fuels, costs less than $7 to extract. That, and extracting 1 kilogram of Rhodium can emit about 35,000 kilograms of carbon dioxide into the atmosphere, while extracting 1 kilogram of nickel emits about 6,500 kilograms of carbon dioxide. The science behind using EAMs instead of PGMs is still nascent, but Yang hopes that the new paper catalyzes scientists to take action. “I hope it’s something that sort of points in the right direction in terms of how we need to think about these problems in order to solve them,” she said.