The event saw anteaters from all four departments gather for a celebration of the cutting-edge research happening at the school.
UCI Physical Sciences Communications 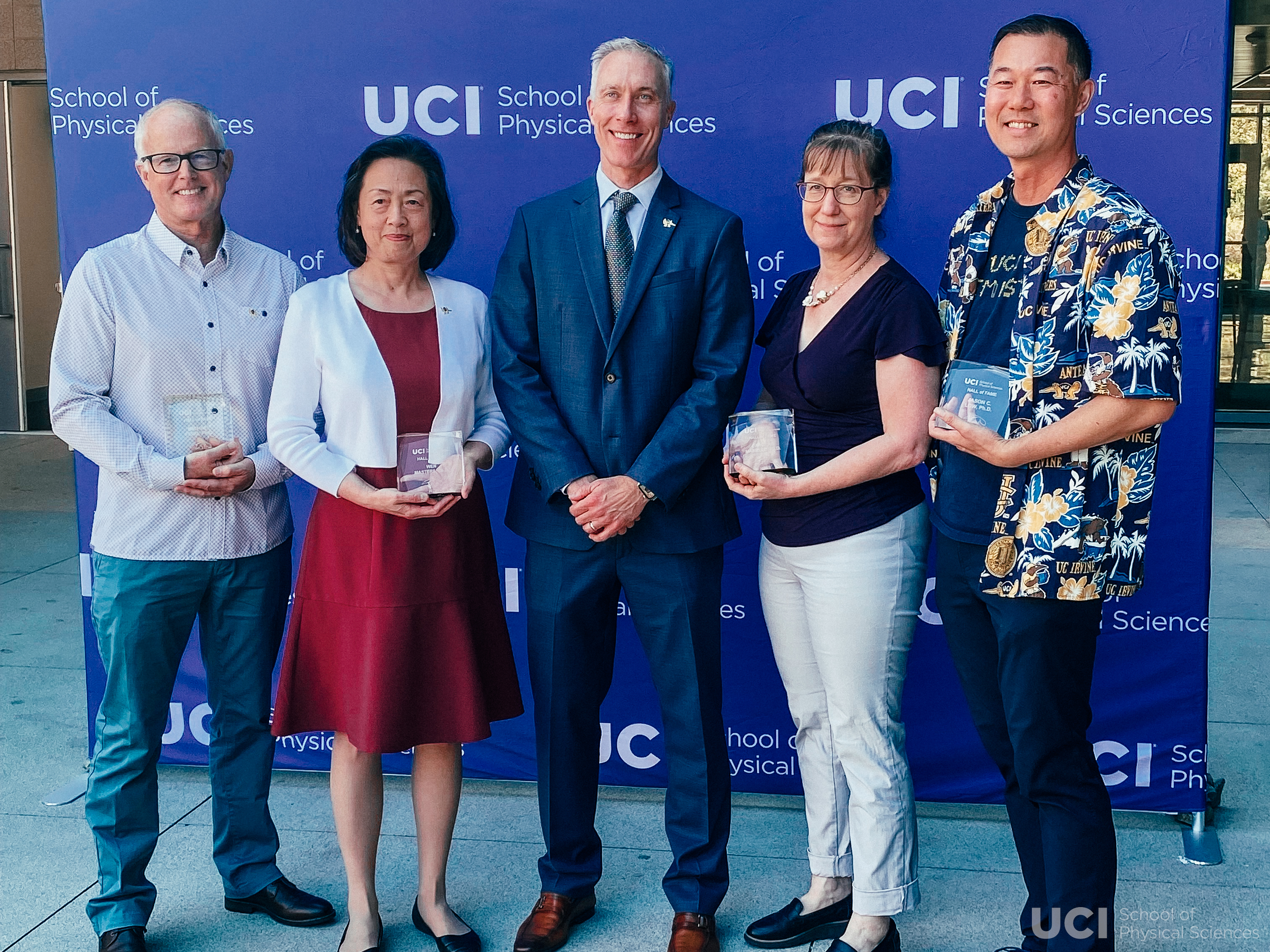 The research happening at the UC Irvine School of Physical Sciences knows no boundaries, and on Saturday anteater alumni of the school gathered at the brand-new Interdisciplinary Science and Engineering Building to network and to catch some glimpses into the science happening in the realm of two of our flagship projects: The Future of Energy and the Environment and The Future of Fundamental Science. After welcoming remarks from the dean of Physical Sciences, Professor James Bullock, four researchers gave presentations on their science: Professors Jane Baldwin and Steven Davis of the UCI Department of Earth System Science, and Professor Kevork Abazajian and Dr. Vivian U of the UCI Department of Physics & Astronomy. Baldwin touched on her work to help bridge the gap between climate change and its impacts on society; Davis presented scalable solutions related to the climate crisis; Abazajian discussed the ongoing race to unravel the nature of dark matter — still-undetected matter astrophysicists think make up most of the matter in the universe; and U presented on her work investigating the role black holes play in the way galaxies grow, which includes data from the recently-launched James Webb Space Telescope. The event concluded with the induction of the latest alumni – Jason Low (Chemistry, 2001), Carrie Masiello (Earth System Science, 1999), Wen Masters (Math, 1989) and Michael Fero (Physics, 1988) – to earn a place in the Physical Sciences Alumni Hall of Fame.

View photos of the event here.