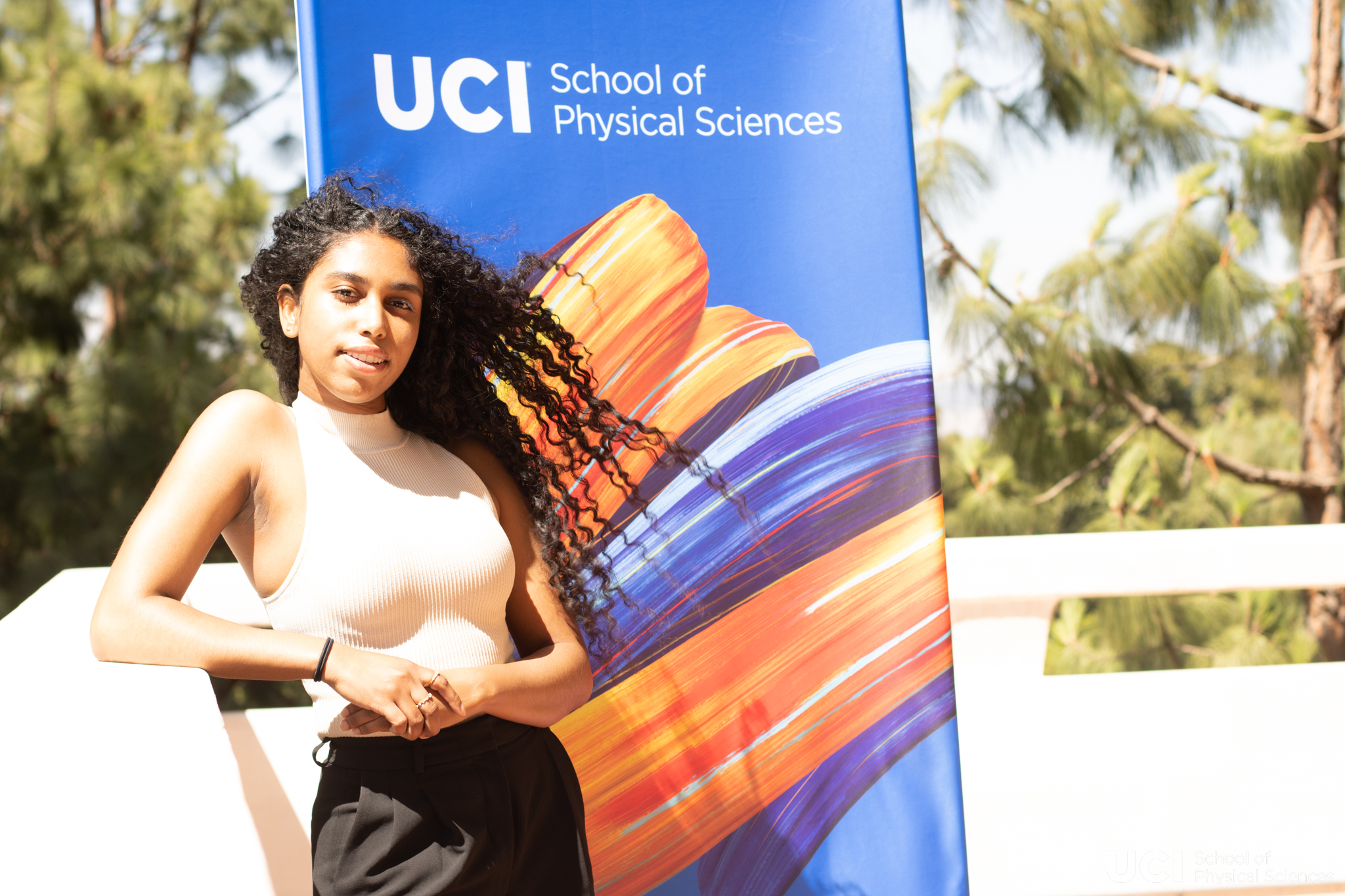 Most superheroes only have one outfit, but Kiana Whitfield, who’s graduating with her bachelor’s in physics with a concentration in astrophysics from the UCI Department of Physics & Astronomy, has at least two; when she’s not busy being an astrobiologist studying the night sky for signs of extraterrestrial life alongside Professor Aomawa Shields, she’s a western-style cowgirl. Whitfield rides a horse named Cisco, and she competes in western riding competitions that see her performing routines that require she and Cisco move as one. Whitfield started riding when she was eight, after her mom took her to a riding show and her mom, who’d always dreamed of owning a horse, got Cisco, who’s a so-called Morgan horse. By the time Whitfield turned 17, she was the fifth best rider of Morgans in the world for her age group. In riding, Whitfield aimed for the stars and hit them, but it was during her ascent that “I started noticing I was the only brown rider,” she said. She felt similarly when she started exploring a career in astronomy at UCI – but then she met Professor Shields, who, as one of the few Black women in the United States to hold a Ph.D. in astronomy, showed her what was possible. It’s something Shields, who founded an outreach program in her department that Whitfield became a member and facilitator of called Rising Stargirls that works every year to show schoolgirls around the world that there’s a place for them in science if they want it, makes a regular point of doing. Whitfield emailed Shields one day, and wrote “‘Hi! I’m really inspired by the things you’ve done.’” Shields quickly asked her to work in her lab, and Whitfield jumped at the chance. Together, they studied the conditions under which extraterrestrial life might exist beyond Earth, using computer simulations to model, for instance, what kinds of gases you can have in an atmosphere on a distant planet and still sustain life. It’s work she’ll continue come August when she starts as a Ph.D. student at the University of Maryland, College Park –  and, she’s already started looking for barns she can train at out east. As for her time at UCI, “it feels like it went by too fast,” she said. “It feels surreal. I feel finished and ready for the next chapter, but also wishing to prolong my stay here to explore all of the other opportunities UCI has to offer.”