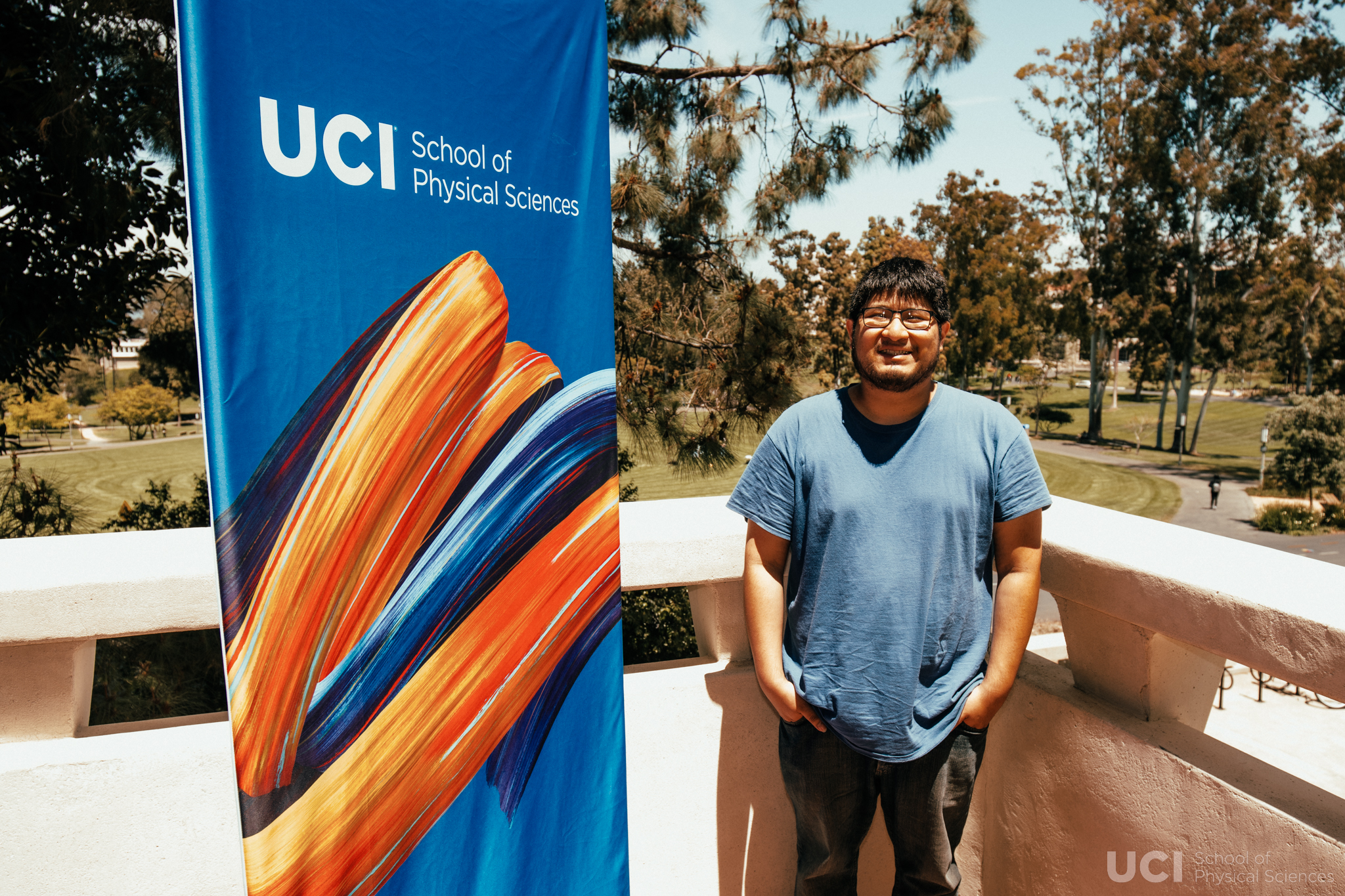 Early math lessons from his father helped strike the tone for Takase’s career. “I think math has a ton of room for creativity,” said Takase. “There’s a lot of beauty in it.”

There’s beauty in math. Alberto Takase, who’s about to receive his Ph.D. from the UCI Department of Mathematics, discovered this at an early age when his father showed him how, for any given math problem, there can be innumerable ways of arriving at its solution. His father showed him, for instance, that you can calculate the area of a rectangle using algebraic equations, or do it by arranging geometric shapes in a specific way on paper. For Takase, this means math is something that, instead of being a rigid discipline where there is only one way of doing things, is a field that invites an infinite amount of creativity. It’s this creativity that keeps him coming back to a field where, since 2018 at UCI, he’s been working to help build what he describes as a mathematical toolset people can use to study quantum mechanics — the field that deals with the often-odd behavior of subatomic particles — alongside Professor Anton Gorodetski, Professor Svetlana Jitomirskaya and Professor Abel Klein. Next, Takase’s following the beauty he sees in math into a postdoctoral research position at Michigan State University. “I feel like I’m not done—the Ph.D. is just the beginning,” he said.