At UCI, Fadle studied inequality as it manifests in the way we build our cities.
Lucas Van Wyk Joel
UCI Physical Sciences Communications 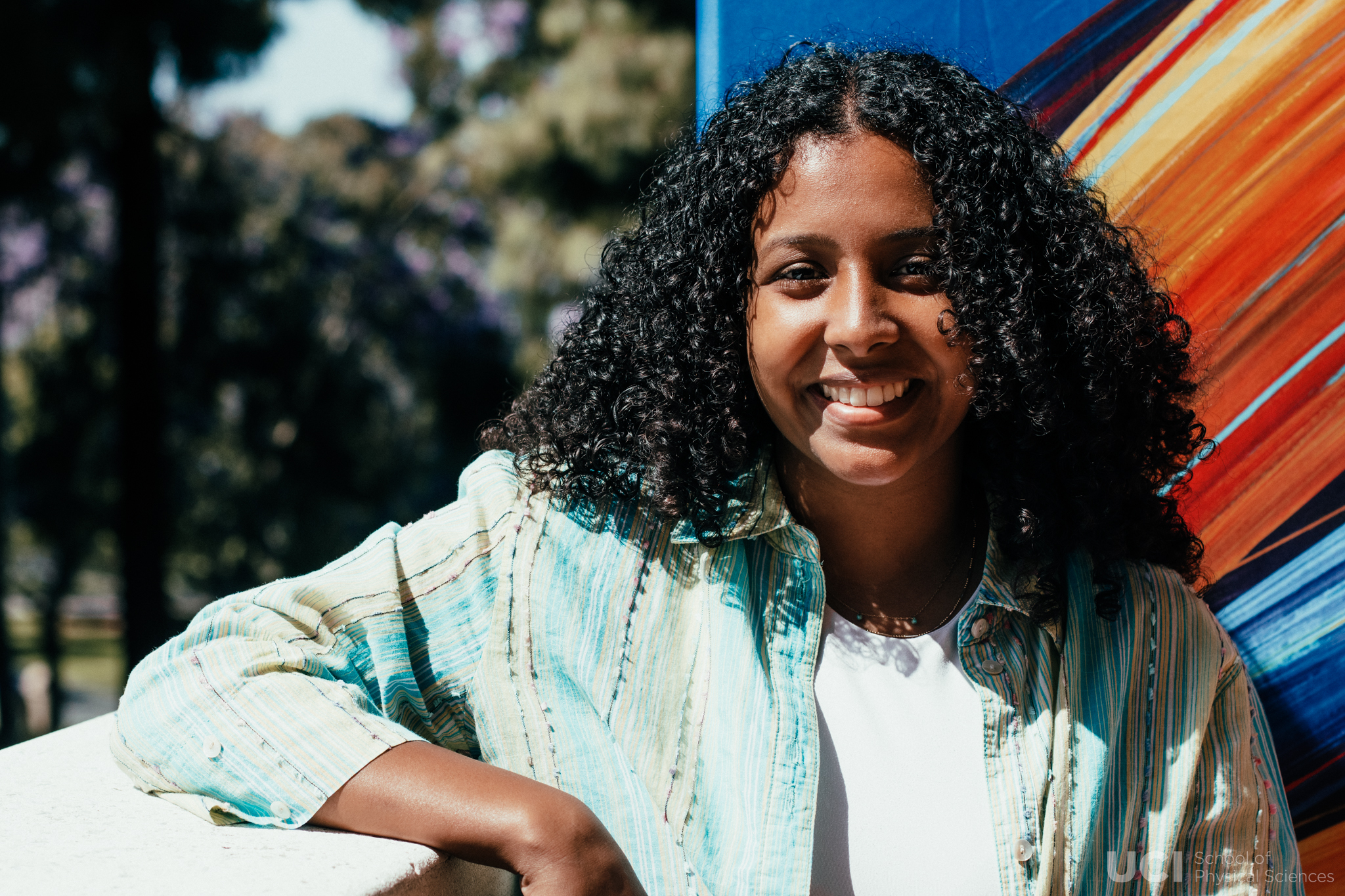 “I’d probably do the same things all over again,” Fadle said of her time at UCI.

In whatever she does, Nervana Fadle wants to be part of the solution, not the problem. It's a principle the UCI undergraduate, who's about to graduate with a B.A. in Political Science and a B.A. in Environmental Science and Policy, developed at an early age when she was a kid growing up in the Southern California cities of Torrance and San Pedro. There, she endured the effects of living near toxic industrial sites, because that was the onlyt part of town where rentals existed. “It's a very big difference between being a home-owner and being a renter,” said Fadle, whose dad immigrated to the U.S. from Egypt in the 1980s. “I felt ostracized.” Fadle found kindred spirits in books like Freedom is a Constant Struggle by Angela Davis, or The Master’s Tools Will Never Dismantle the Master’s House by Black activist and poet Audre Lorde. Those authors revealed for her the ways in which social inequalities manifest, and helped set her on a path that led to UCI and then to a city planning internship with the City of Los Angeles that she discovered through the UCI School of Physical Sciences. In that internship, Fadle worked with the California Coastal Comission to “prevent the demolition of affordable housing units” in L.A., Fadle explained. Fadle plans to continue being part of solutions when she enrolls in the city planning master’s program at UC Berkeley this coming fall, where she aims to expand her perspectives on inequalities in cities beyond those in Southern California.