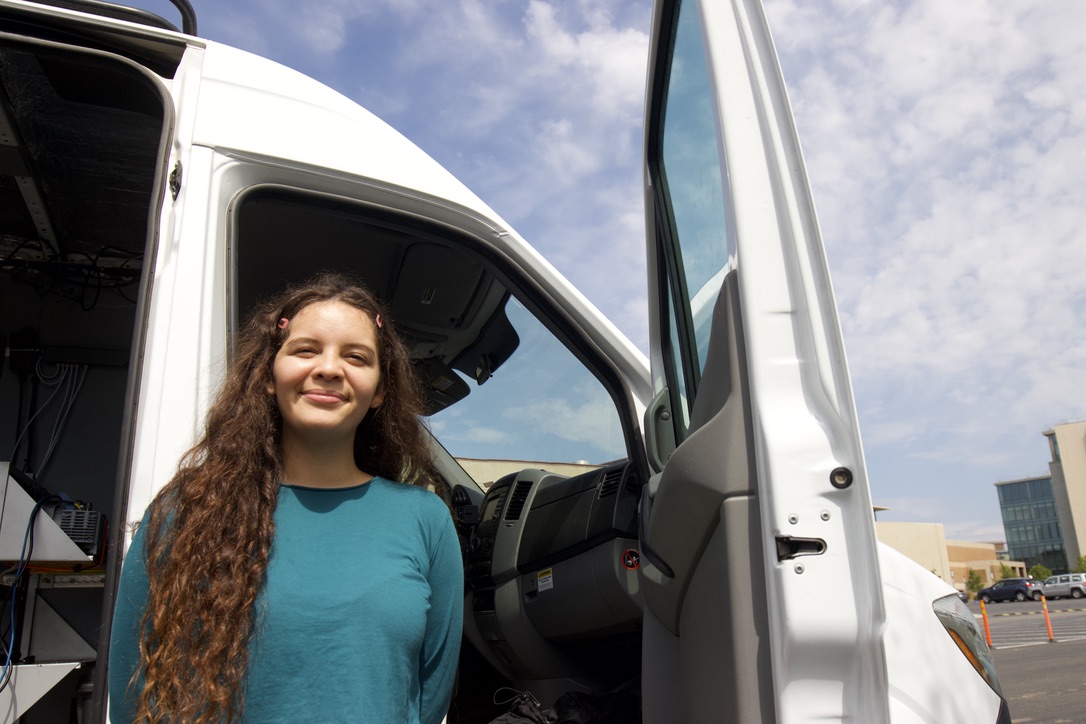 Cindy Yañez, who is a Ph.D. student in the UCI Department of Earth System Science where she works in the lab of Professor Claudia Czimczik, just won the university’s Latino Excellence and Achievement Award. It’s an honor that recognizes three years of research to better understand the consequences of climate change in Southern California, including science published in 2020 in the journal Climatic Change that reveals how climate change may impact where she grew up in the nearby Coachella Valley, as well as work to understand how greenhouse gas emissions changed in Southern California during pandemic when people stopped driving so much. Yañez drove a mobile lab run by the lab of Professor Francesca Hopkins at UC Riverside around the region monitoring emissions, and discovered a drastic 60% reduction in carbon dioxide levels. She also engaged citizen scientists across California to collect plant samples during the pandemic, which indicated reduced fossil fuel consumption during the 2020 Stay-at-Home order. “This work showed how impactful reduced driving can be for California's fossil fuel carbon dioxide budget and that the tools we are using are powerful enough to monitor decarbonization,” said Yañez. “I feel very lucky to be able to work on such critical issues and to do science that is directly relevant for California climate policy. There is still much more work to do, but it's really inspiring to receive this award alongside other very talented Latino students at UCI.”