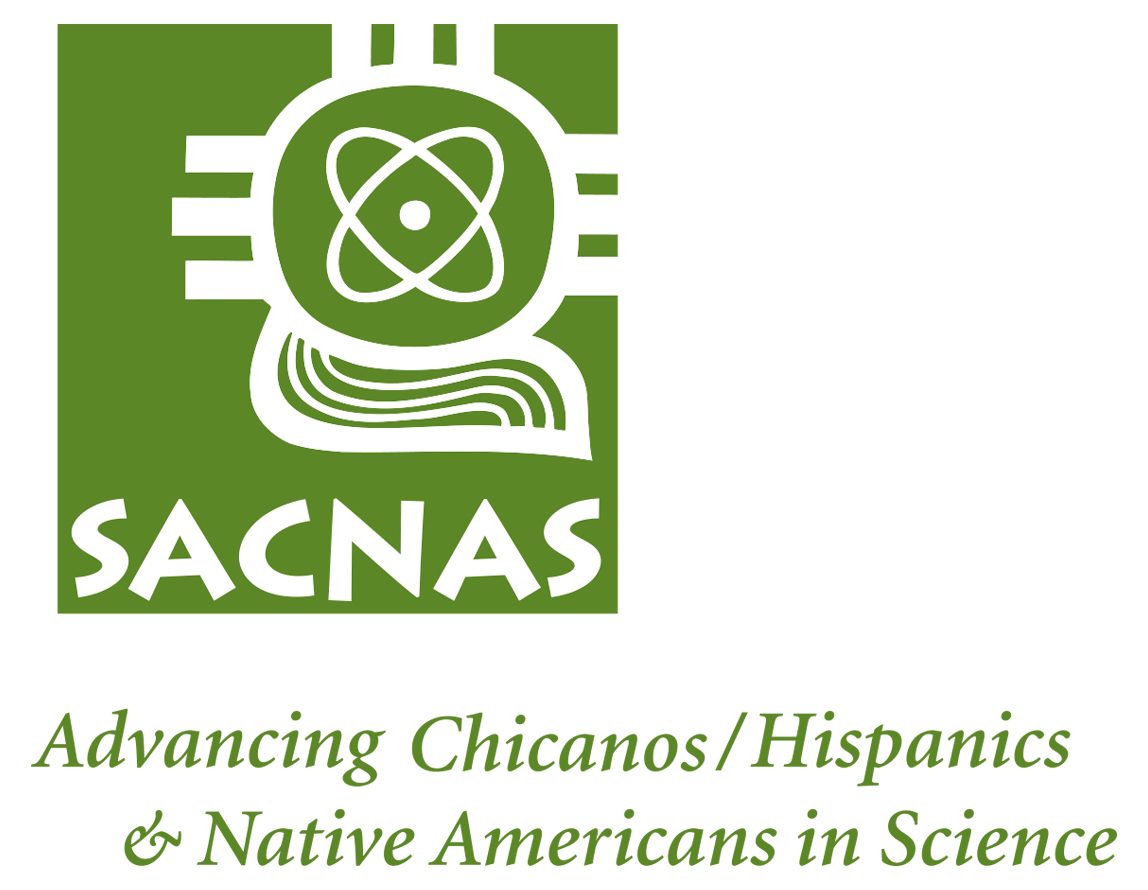 The SACNAS logo represents the marriage of symbols from science and Native American and Chicano/Hispanic cultures.

A role model is someone whose story helps you imagine what your own life can become. Showcasing such models and stories for underrepresented students is part of the mission of the Society for Advancement of Chicanos/Hispanics & Native Americans in Science (SACNAS) — a society that aims to uplift science students from marginalized groups. It’s the largest organization of its kind, and the UCI chapter, during this Native American Heritage Month as well as throughout the year, is working to foster the budding stories of scientists from underrepresented populations unfolding here at the university and at Physical Sciences. “SACNAS is the largest professional organization of underrepresented scientists in the United States,” said Associate Professor of Teaching Bob Pelayo, who, alongside Associate Professor Jesse Wolfson, both of the UCI Department of Mathematics, is the faculty co-advisor of the UCI SACNAS chapter. “It has a large and storied history of supporting underrepresented minorities, first-generation and other frequently disenfranchised students to ensure success in science, technology, engineering and math fields.” This month, that storied history expanded a bit; as part of Native American Heritage Month, UCI SACNAS hosted speakers as part of their Nuestra Historia (“Our Story”), which helps students meet and hear about the careers of different SACNAS scientists. They featured speakers like Gabi Fleury, who as a Conservation Programs Officer for the Rainforest Trust, studies conservation issues in Sub-Saharan Africa. “These stories of successful scientists frequently have elements of imposter syndrome, financial challenges and other structural obstacles that resonate with current undergraduate and graduate students,” said Pelayo. “When these students see a now-successful scientist with a similar story to theirs, it makes their goals seem more realistic and achievable.”