Meet Jessica Schirle, the SciComm Fellow for the UCI Department of Mathematics

Schirle thinks everyone can enjoy math if they have a teacher who knows there are a million ways of looking at the same thing.
Lucas Van Wyk Joel
UCI Physical Sciences Communications 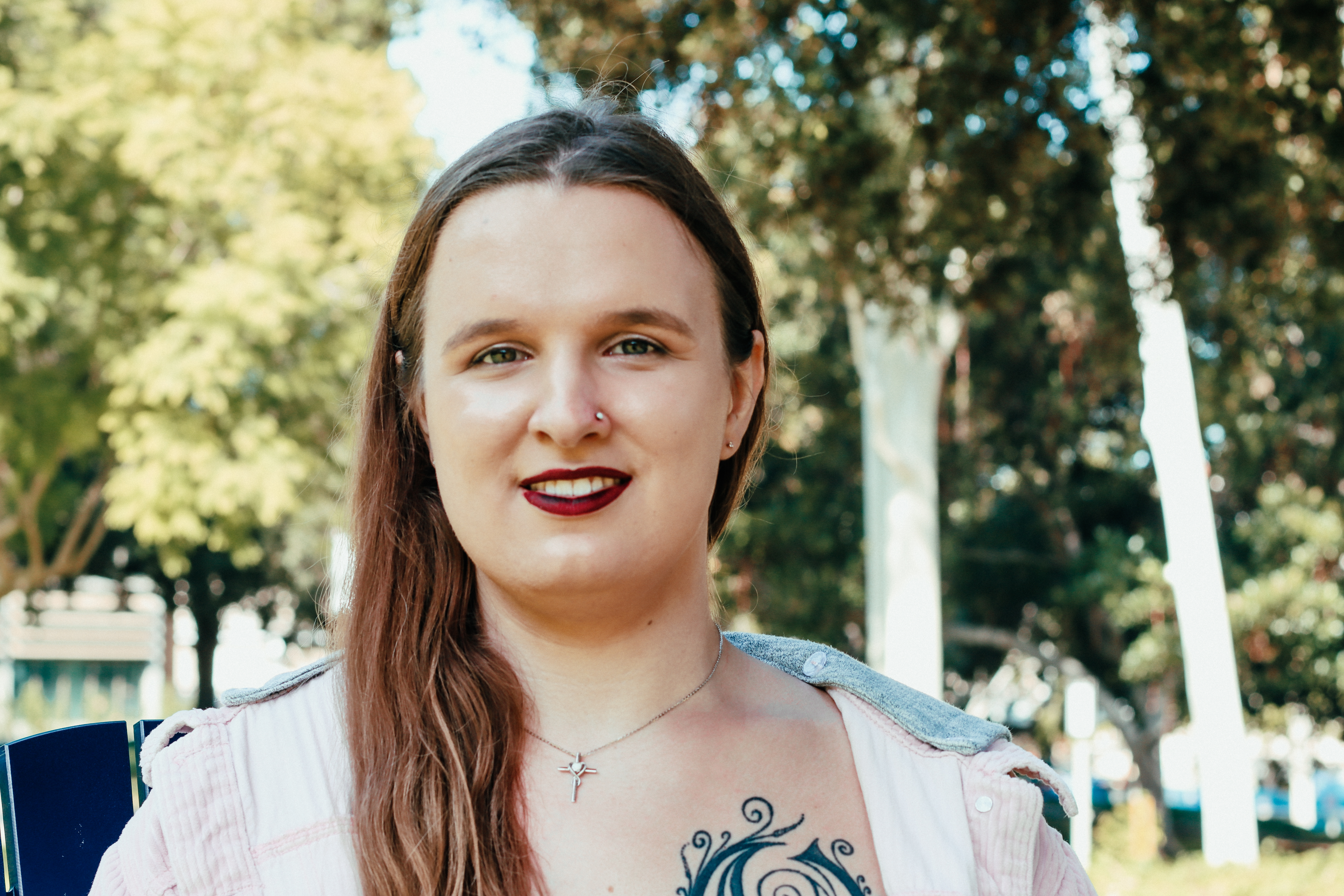 And sometimes that thing is Spiderman.

Math Ph.D. student Jessica Schirle has a tattoo on her chest. It’s a tattoo from an illustration made for a band she likes called Opeth, and it’s a stylized Yin Yang. If a tattoo is a sort of tweet telling you a bit about a person, then Schirle’s tattoo gets right to the heart of things, because as a mathematician in the UCI Department of Mathematics she studies symmetry, and a Yin Yang, in Chinese philosophy, represents two contrasting forces that together form a kind of mirror symmetry. Symmetry, she explained, reminds her that there are many different ways of looking at the same thing — a truism that comes in handy when you’re a teacher. “One of my professors introduced me to my current area of research,” she said. “She taught in a way that made math very clear.” And it’s that idea — that it doesn’t matter what the subject at hand is, if you have an able teacher on hand to convey the concept to you in a way you can relate to, you’ll learn it — that she takes with her not only into math classrooms where she works to discover how each of her students can relate to the subject she’s teaching that day, but also to her work as the School of Physical Sciences Science Communication Fellow for her department, which finds her working to make social media posts that explain math concepts and the research going on in UCI math in clear ways. “I’d like for people to engage with math in a bit of a friendlier way,” said Schirle, which is why she likes to post things like math jokes on her department’s social media feeds. “I’ve used memes in class,” she said, like one showing two identical Spiderman superheroes pointing at each other, upon which Schirle posted two math formulae that look similar on first glance, but which are actually the same thing. “I like to think of using memes in this way as a more contemporary sort of mnemonic device,” she said. “I’m hoping to work with researchers to explain theoretical mathematics using analogies that are accessible to everyone who stopped taking math after high school.”