The mathematician guided careers at UCI, and his research changed the parlance of his field.
Lucas Joel
UCI Physical Sciences Communications 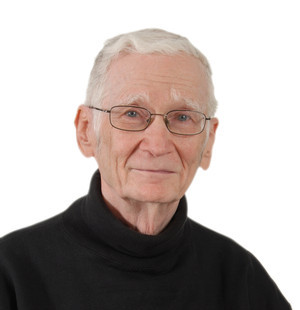 "He truly was a brilliant mathematician, professor, and person," said Professor Rachel Lehman of the UCI Department of Mathematics.

On June 7, Professor Martin Schechter of the UC Irvine Department of Mathematics passed away while in Jerusalem. Schechter, born in 1930, received his masters and Ph.D. from New York University in 1957, and he started as a professor at UCI in 1993. His research focused on subjects ranging from partial differential equations to quantum mechanics. Schechter authored eight books, including a popular functional analysis textbook, as well as over 250 publications. “Remarkably, he remained active in research way into his 80s,” said Svetlana Jitomirskaya, a fellow UCI professor and colleague in the math department. “As an editor, I periodically asked him to referee, and he would usually send a report within a week — a huge rarity.” One of his past postdoctoral fellows, Kanishka Perera, now a professor at the Florida Institute of Technology, described Schechter as someone who was easy to work with, and described some of Schechter’s most notable academic achievements, including a mathematical notion he described in a 1992 paper that’s now a mainstay in mathematical parlance called “Schechter-Tintarev linking.” And according to one of his colleagues in the math department, Professor Rachel Lehman, Schechter was someone who was not only an expert in the areas of mathematics he studied, he also knew how to communicate it in a way that his students could understand. “I always remember what a clear and patient explanation he had,” said Lehman. “He never made you feel stupid and was always there to help you. Most of my classmates and I used to always discuss how we loved how he would start each lecture with a five- to ten-minute summary about what he closed with the lecture before, rather than just jumping into a new topic without any segue or rationale. He truly was a brilliant mathematician, professor, and person.”