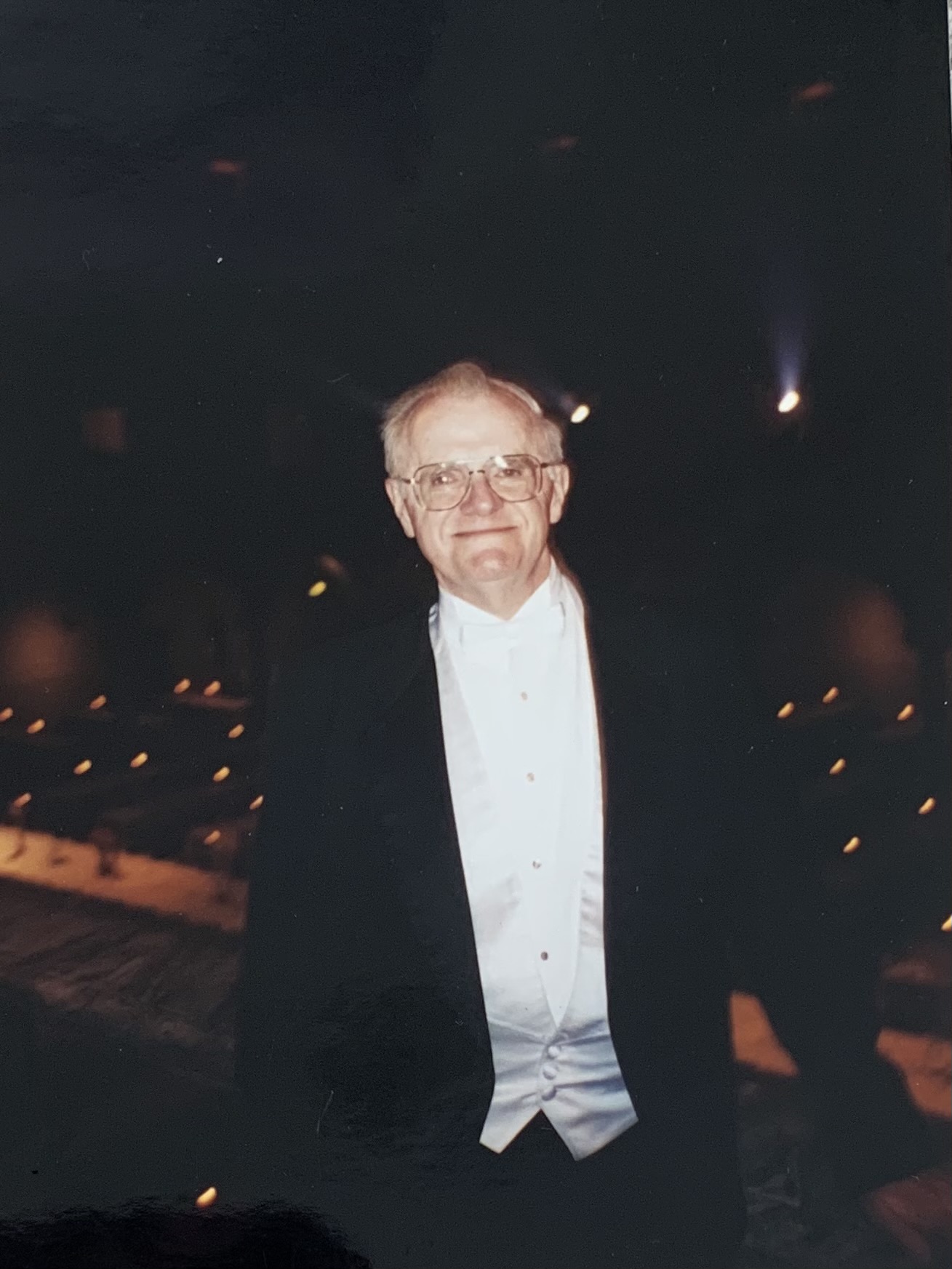 Kropp "was a shining light with a heart of gold and those who knew him loved him.”

William “Bill” Kropp, researcher in the UCI Department of Physics & Astronomy, passed away on June 9, 2021. He was born on November 10, 1936 in Chicago to Nora Josephine King and William R. Kropp, Sr.  Bill attended Saint Edwards Catholic School with his sister and “best friend” Noreen Brandt, studied at DePaul Academy and University, and earned his Ph.D. in physics at Case Western Reserve in Cleveland, Ohio. After working on his research in South Africa, he and his first wife, Carol A. Norwick, relocated to California in 1967 where Bill joined the neutrino research group at UC Irvine.

Kropp was a leader in planning, organizing and constructing massive particle physics experiments. He started his career at Case Institute of Technology in the early ‘60’s as a graduate student of Fred Reines, who was co-discoverer of the Universe’s most abundant particle, the neutrino. Kropp went on to lead the Case-Wits-Irvine experiment in a South African gold mine alongside UCI’s Professor Henry Sobel. Neutrinos produced in the Earth’s atmosphere were first detected in that mine in 1965. Then, after coming to UCI in 1967, Kropp’s work included participation in the Irvine-Michigan-Brookhaven (IMB) nucleon decay experiment in a salt mine near Cleveland, as well as the Super-Kamiokande experiment under a mountain in Japan. Besides setting the world’s then-best limits on nucleon decay, the IMB experiment was one of two that simultaneously detected neutrinos that were emitted from the explosion of a star (SN1987A) in the Large Magellanic Cloud, 160,000 light years distant from Earth.  Kropp and the other members of the two experiments received the 1989 Bruno Rossi prize for this detection, heralding the birth of neutrino astronomy in the process. In 1998, the Super-Kamiokande experiment announced the discovery of neutrino oscillations.  This discovery resulted in the winning of the 2015 Nobel Prize in Physics and the 2016 Breakthrough Prize in Fundamental Physics.

Kropp’s children, Mary Ann Telfer and Kathryn Louise McNeill, wrote: “Our dad was kind and humble. He played the mandolin, the piano and other musical instruments, and held a deep passion for classical music. His dream from a young age was to become a physicist. He was a Boy Scout and a mountain hiking enthusiast. He was brilliant, and dedicated to the work of the UCI Neutrino Group, and had a clever and witty sense of humor. Bill's passion and dedication to the sciences and to the natural and created beauty of the world will forever shine through his children and through each of his grandchildren. He was a shining light with a heart of gold and those who knew him loved him.”