Dzyaloshinskii, who joined UCI in 1991, is one of the most outstanding theoretical physicists of his generation.
Sasha Chernyshev
UCI Physical Sciences Communications 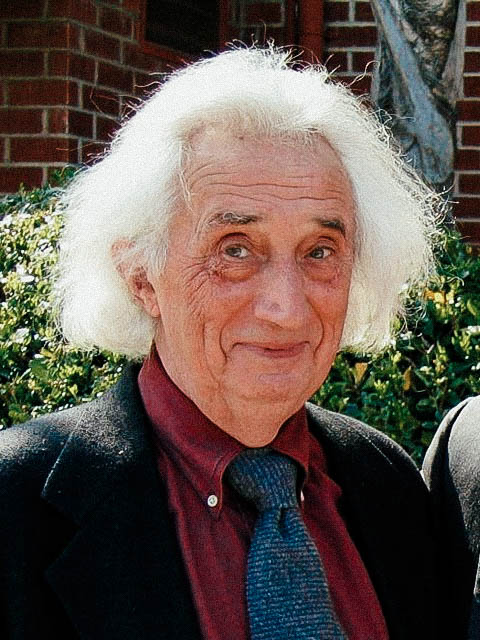 A portrait of Igor Dzyaloshinskii at a workshop held in his honor at UCI in the late 2000s.

Igor, born in Moscow, Russia, was the first in his family to go to university, where he quickly passed the very tough “Landau theoretical minimum” exams and joined the famous Landau School, an informal circle of some of the best theoretical physicists of the time. Later, he became a founding member of the Landau Institute for Theoretical Physics as well as one of its intellectual leaders. He then moved to the U.S. and became a professor at UCI in 1991.

The early and the most outstanding pedagogical contribution from Igor was a pioneering textbook, written while he was still in his late twenties, called “Methods of Quantum Field Theory in Statistical Physics,” published in 1961 (the English version published in 1963) together with Lev Gor’kov and Alexei Abrikosov. This was an immediate masterpiece and a bestseller, often referred to as simply “AGD,” in reference to the abbreviation of the authors’ last names, or simply just “The Bible” of many-particle physics. It has influenced and continues to influence generations of theoretical physicists, many of whom owe their technical craft and research directions to the “methods” learned from Igor’s book.

In one of his first publications from 1958, Igor provided an explanation for the phenomenon of “weak ferromagnetism” in materials. Since then, “Dzyaloshinskii interaction,” later becoming “Dzyaloshinskii-Moriya interaction,” has been widely used and has given rise to new directions in magnetism. It’s fair to say that the modern field of spintronics — a field concerned with electron spin in solid state physics, and with applications in electronic devices — takes its origin in a significant manner from the earlier work by Igor

In his more recent publications, while at UCI and already in his seventies, Igor predicted new physical effects that, overlooked in thousands of publications, were soon confirmed experimentally.

Igor also played a major part in developing new methods of quantum statistical physics — one of the main tools used in theoretical physics. His work helped create a version of the so-called “diagram technique” of quantum field theory — the most universal method for calculating properties of many-particle quantum systems. It would be of no exaggeration to say that this invention motivated much of the progress in theoretical condensed matter physics in the second half of the 20th century and continues to be a major tool in many modern developments.

Igor’s a member of the American Academy of Arts and Sciences and a Corresponding Member of the Russian Academy of Sciences. Caltech’s library maintains a History of Science site with interviews of notable scientists. An interview with Igor Dzyaloshinskii offers a rare glimpse into his era, the creative atmosphere of his time, and into his humble character.

Sasha Chernyshev is a professor in the UCI Department of Physics & Astronomy.