The theory has many applications, from driving faster research into new vaccines to unraveling the inner workings of stars.
Lucas Joel
UCI Physical Sciences Communications 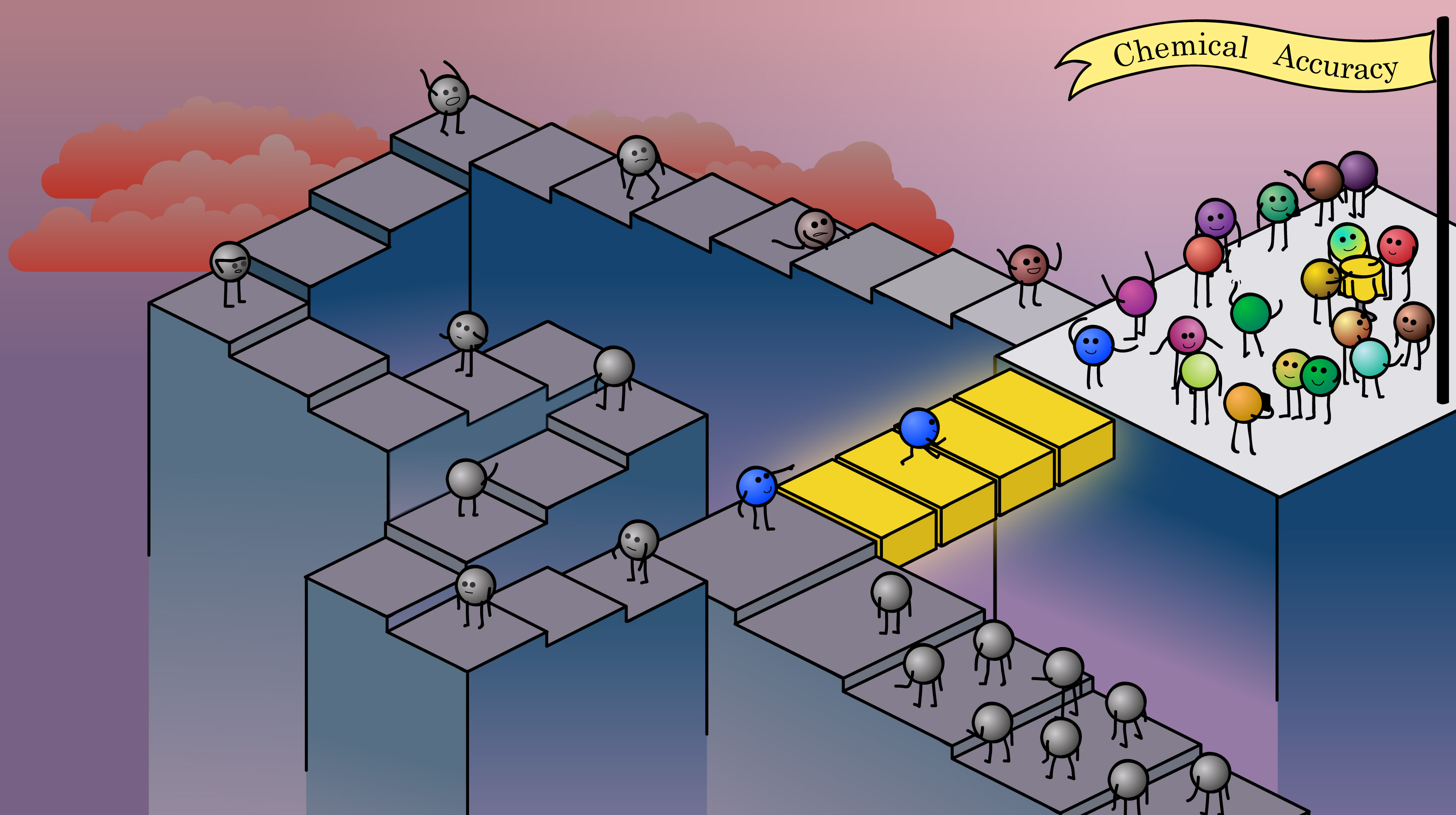 A UCI chemist-designed theory provides a new way to model molecules. The method is akin to a "golden shortcut" that, leveraging the part of calculations that most existing theories get right, skips over the parts that create errors.

There’s a problem in science: for calculations that demand a supercomputer, the answers a scientist gets can often be wrong. This is particularly troublesome for calculations involving atoms, be it calculations involving molecules that go into pharmaceuticals, the chemical nature of climate change, or the nuclear processes that happen inside stars. The supercomputer method makes mistakes — but scientists use it because it’s fast compared to other methods. Even so, the approach can take weeks of work, and scientists often have to wait in line to run their models because supercomputers are in short supply.

But now, a team of seven scientists from the University of California, Irvine School of Physical Sciences and the University of Bristol have developed a new technique that skips over a major source of mistakes in the calculations most scientists use, opening the door for faster and more accurate calculations. The work expands the type of simulations that the current approach — called density functional theory — can solve, meaning scientists could start using personal computers to run models in a few hours that would normally take weeks’ worth of calculation time.

The new theory, described in a new paper published in Physical Review Letters, works by literally adding a hole in the existing approach. “Before,” explained Ryan McCarty, a UC President’s postdoctoral researcher at UCI who’s lead author of the research, “a piece of the math had to solve two parts — the first part it was great at solving, but in the second part it would often miss the mark. Our theory gains a unique understanding by making a hole in the method, and moving the hole around in calculation space, which lets us skip over the part of the calculation that can be really hard.”

The research applies to multiple disciplines because it addresses a problem that crisscrosses fields. That problem is the “many-body problem,” which highlights the challenges inherent in calculating the behavior of a system with more than two “bodies,” like the droves of electrons that can make up an atom.

The new improvements to density functional theory and the many-body problem, McCarty explained, hold great promise for accelerating research across a swath of fields, from medicine via the faster development of new drug treatments for ailments like COVID-19, to astronomy, where the method could help scientists better understand the states of matter that make stars burn.