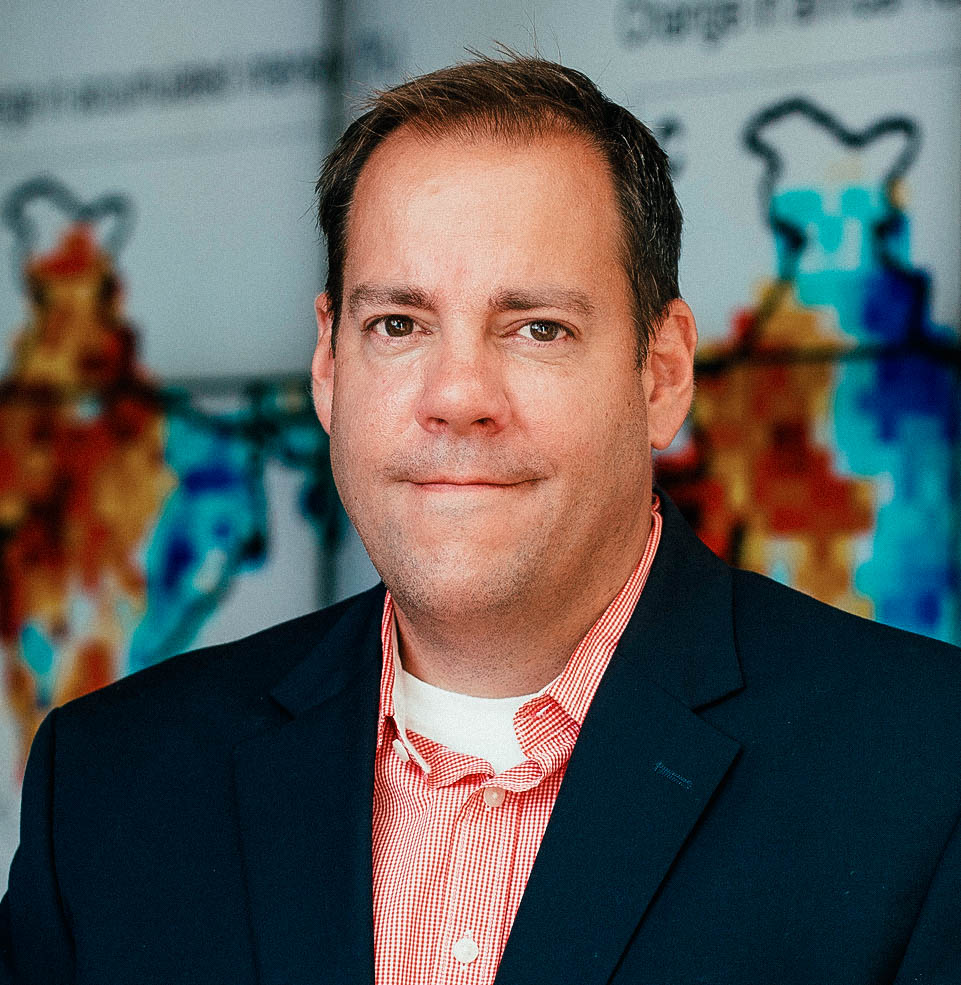 Top: Flames scorched hillsides in a California wildfire in December 2017. The fires the following year were found to have caused $150 billion in damages. A significant portion of the cost, which came from health impacts and supply chain disruptions, was felt outside of the Golden State, according to a study by researchers at UCI and other institutions in Nature Sustainability.

Bottom: Steve Davis, UCI professor in the Department of Earth System Science, is a co-author of a the new study.

Irvine, Calif. -- In 2018, California wildfires caused economic losses of nearly $150 billion, or about 0.7 percent of the gross domestic product of the entire United States that year, and a considerable fraction of those costs affected people far from the res and even outside of the Golden State.

For a study to be published Monday, Dec. 7, in Nature Sustainability, researchers at the University of California, Irvine, China's Tsinghua University and other institutions combined physical, epidemiological and economic models to gain a more comprehensive understanding of the impact of the blazes. More than 8,500 separate res burned 1.9 million acres, making them the deadliest and most destructive in any year in California history.

Tallying the damage, the team found that direct capital impact (burned buildings and homes) accounted for $27.7 billion, 19 percent of the total; $32.2 billion, 22 percent of the whole, came from health effects of air pollution; and $88.6 billion in losses, 59 percent, was indirectly caused by the disruption of economic supply chains, including impediments to transportation and labor.

"When insurance companies, policy makers and even the media assess damage from California's wildfires, they focus on loss of life and direct destruction of physical infrastructure, which, while important, are not the whole picture," said co-author Steve Davis, UCI professor of Earth system science. "We tried to take a more holistic approach for this project by including a number of other factors such as the ill effects on the health of people living far away and the disruption of supply chains."

Climate change, land and re management, population and economic growth, and increasing community encroachment in the wildland-urban interface have combined to increase the frequency and severity of wildfires in the Western United States over the past few decades, culminating in enormously damaging blazes in 2017, 2018 and 2020.

As the res burned, satellite images showed trails of smoke spanning large areas of California, causing hazardous breathing conditions for residents of communities hundreds of miles from the burning res.

Power transmission was affected by the fires, as was freight transport by rail and trucks, pipeline operations and many other business and infrastructure-dependent activities. The study showed that the majority of economic impacts were felt by industries and locations also far from the actual res, and that nearly one-third of the total losses were outside of California.

"The broader impacts of these climate-driven wildfires are not only bigger than prior studies have estimated, but also more widely dispersed - including sizable impacts outside of the state," lead author Dabo Guan, a Tsinghua University professor of Earth system science who is also a University College London researcher.

Davis said he hopes the study can help policy makers and re managers make more sound decisions in the future about land and forest management, development patterns and re suppression efforts. For example, the larger estimated costs may justify larger and different allocations of resources to re prevention and suppression.

In particular, the authors suggest that disaster response teams may wish to focus "re prevention efforts on areas typically upwind of major population centers or near important industrial or transportation infrastructure."

About the University of California, Irvine:

Founded in 1965, UCI is the youngest member of the prestigious Association of American Universities. The campus has produced three Nobel laureates and is known for its academic achievement, premier research, innovation and anteater mascot. Led by Chancellor Howard Gillman, UCI has more than 36,000 students and oers 222 degree programs. It's located in one of the world's safest and most economically vibrant communities and is Orange County's second-largest employer, contributing $5 billion annually to the local economy. For more on UCI, visit http://www.uci.edu.

Radio programs/stations may, for a fee, use an on-campus ISDN line to interview UCI faculty and experts, subject to availability and university approval. For more UCI news, visit news.uci.edu. Additional resources for journalists may be found at communications.uci.edu/for-journalists.