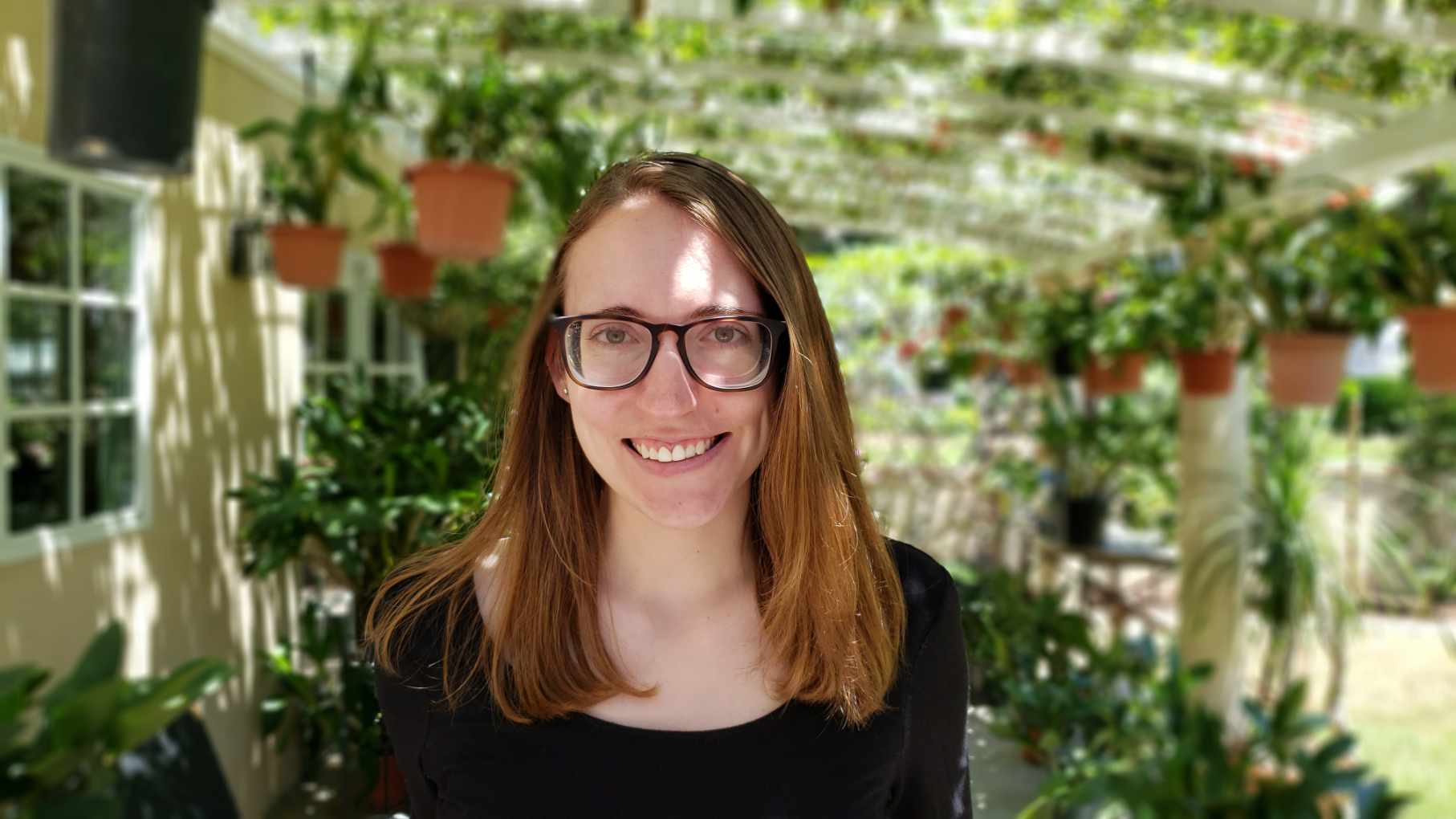 There are two reasons Lora Weiss came to UCI to get a Ph.D. The first is that, until Weiss moved to California in 2014, she’d never lived anywhere but the Midwest, and “I wanted to try something new,” she said.

The second reason is that our Department of Mathematics, which is where she just earned her doctorate, lets new grad students take a couple of years before they need to decide what they want to research. “I wasn’t like a five-year-old being like ‘I wanna be a Ph.D.!’” Weiss said, and so those extra few years at UCI sounded good to her.

Weiss didn’t know what she wanted to study when she got to UCI, but when she went to a seminar where her soon-to-be advisor, Professor Natalia Komarova, gave a talk about mathematical biology, she said “‘That’s it! That’s what I want to do.’”

Weiss likes science that has “immediate, physical relevance” to society, she explained, which is why she went on to use mathematical modeling to measure feedbacks that control cancer cell division and growth. “Some feedbacks are less likely to be more malignant and more dangerous than others,” she said. “That’s the most interesting result that we found,” she said.

Weiss and her colleagues found, for instance, that the size of a cancer cell population in a given area in the body has a direct effect on how malignant the cancer is. It’s a real estate problem, Weiss explained, as the more space a cancer has to grow within, the faster it will grow, and vice versa.

Soon, Weiss will move across the country to start an assistant professorship at Grand Valley State University in Allendale, Michigan. She’s still finishing some teaching at UCI, though, and so she’ll be spending at least one of her nights in a hotel somewhere in the middle of the country on Zoom calls with her students.

At the same time, Weiss will be checking to see how her cancer findings might be manifesting themselves in living organisms. She’s teaming with Dr. Angela Fleischman — a hematologist and oncologist in the UCI School of Medicine who has data on cancer growth in mice and in humans — so she can see if what her models reveal holds true in reality. “The plan is to keep working on it,” Weiss said.