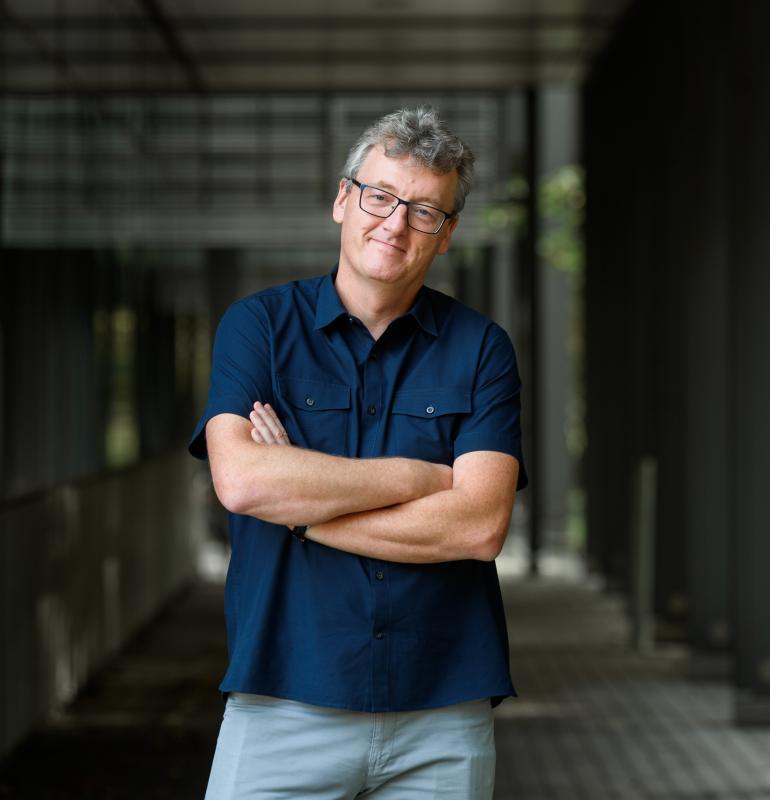 From Scotland to Irvine to a Nobel Prize: Why UC Irvine Made it Possible

Join us for an exclusive public talk by UC Irvine alumnus and winner of the 2021 Nobel Prize in Chemistry, David MacMillan. Professor MacMillan will share his journey in this light-hearted, non-technical presentation. Hear about his path from developing organocatalysis in his lab to what it has been like in the aftermath of winning the Nobel Prize.

Dave MacMillan was born in Bellshill, Scotland and received his undergraduate degree in chemistry at the University of Glasgow, where he worked with Dr. Ernie Colvin. In 1990, he began his doctoral studies under Professor Larry Overman at the University of California, Irvine, then assumed a postdoctoral position with Professor Dave Evans at Harvard University (1996). His independent career began at University of California, Berkeley, July 1998 and moved on to Caltech in June 2000 (Earle C. Anthony Chair of Organic Chemistry). In 2006, MacMillan assumed the position of James S. McDonnell Distinguished University Professor at Princeton University serving as Department Chair from 2010-2015.

MacMillan received several prestigious awards including: the Nobel Prize (2021), the Centenary Prize (Royal Society 2020), Nagoya Medal (Japan 2019), ACS Somorjai Catalysis Award (2018), Noyori Prize, Japan (2018), Janssen Pharmaceutical Prize, Belgium (2016), Max Tischler Prize Harvard (2016), Ernst Schering Award in Biology, Chemistry and Medicine, Germany (2015), ACS Harrison Howe Award (2014). In 2018, MacMillan was elected to the National Academy of Sciences, and in 2012 he became a Fellow of the Royal Society (FRS) and a Fellow of the American Academy of Arts and Sciences. MacMillan helped launch and was editor-in-chief of Chemical Sciences (2009-2014) and was Chair of the NIH Study Section SBCA (2014-2017).