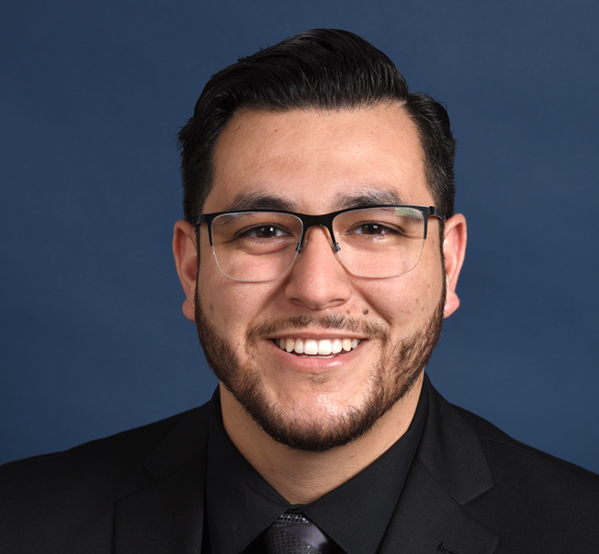 Mercado mentored Flores Velásquez back in 2015 while they were both students at Cal Poly Pomona.

It wasn’t supposed to be the last time. But it was.

The last time Francisco Mercado saw fellow Ph.D. student and friend José Flores Velázquez alive was the August night in 2019 that he drove him to his apartment. From there, Flores Velázquez drove to Los Angeles County to drop off a gift for a friend’s party that he wasn’t going to make it to because he had plans to go camping.

Flores Velázquez was murdered that night in a drive-by shooting.

Two years later, Mercado still feels the closeness of the last time he saw his friend. He feels it when he goes into his offices at Fredrick Reines Hall on campus, where there are still drawings Flores Velázquez made hanging on the wall, left there in a time capsule along with everything else after the pandemic hit.

“He was one of my closest friends,” said Mercado, who’s in the same lab — that of Professor James Bullock — in the UCI Department of Physics & Astronomy that Flores Velázquez was in. “It obviously hurts, having been so close to him.”

This year, alongside Flores Velázquez’s parents, Mercado’s helping the UCI Office of Inclusive Excellence put together a virtual memorial, and, while helping with that, Mercado discovered he’d won that office’s Latinx Excellence and Achievement (LEAD) award — a distinction honoring the work Mercado’s done, including working as one of the lead mentors for his departments Physics & Astronomy Community Excellence (PACE) program.

The award also honors Mercado’s research as an astrophysicist.

In December, Mercado published a paper alongside Bullock detailing the ways heavy metals distribute themselves inside galaxies called dwarf galaxies — relatively small galaxies that only harbor thousands to a few billion stars, as opposed to the hundreds of billions of stars that make up galaxies like the Milky Way. His work, published in Monthly Notices of the Royal Astronomical Society, reveals how heavy metals will cluster around a galaxy’s center if that galaxy is relatively old.

These days, Mercado’s working to discover what the distribution of something called dark matter — matter that nobody’s ever seen before, but which astrophysicists assume exists, because, without it, there isn’t enough visible mass in the night sky to explain the motions of things like entire galaxies — is in galaxies like our own home Milky Way, and how dense it is in different parts of the galaxy.

Back here on Earth, the memorial for Flores Velázquez — and this year’s LEAD award ceremony for Mercado — will happen on April 1.

“It’s really important to me, because it’s the year honoring José,” Mercado said.