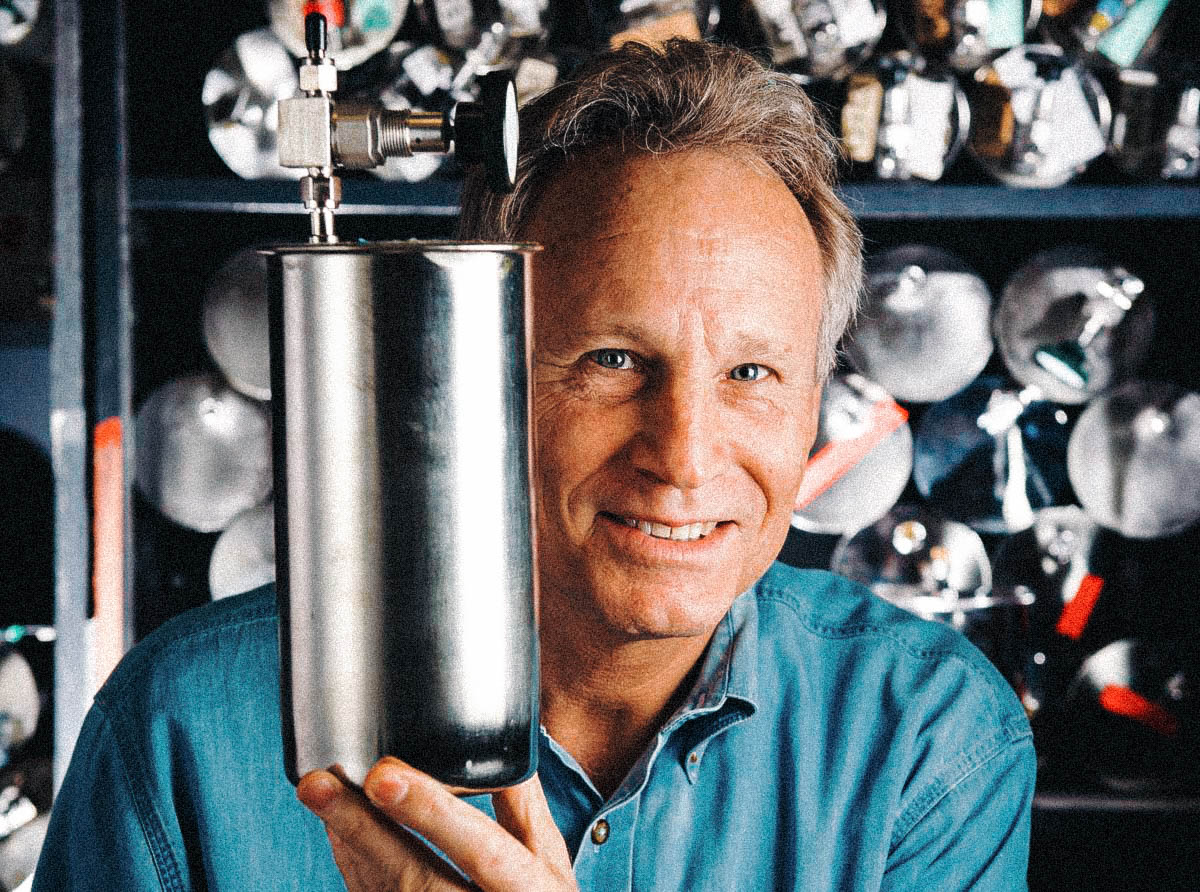 Blake's research runs the gamut; when he's not investigating the composition of gases in our atmosphere, he's studying air quality in Orange County.

On June 7th, the Southern California Section of the American Chemical Society awarded Professor Don Blake of the UC Irvine Department of Chemistry its Richard C. Tolman Award. It’s the highest honor that the chapter bestows, and it honors Blake’s career in chemistry that spans four decades, and which, among many things, helped capture the nature of fluctuation of concentrations in Earth’s atmosphere of the greenhouse gas methane. Specifically, Blake, alongside fellow Professor Rowland graduate student Ed Mayer, helped reveal that concentrations of methane were rising, when at one point the common thought was that methane levels were static. It’s a story Blake detailed during his Tolman Address at UCI’s Beckman Center, where he recounted how his group has, since that early work, created the longest observational record of global atmospheric methane levels, and how they assess methane emissions from places like landfills and dairy farms. Professor Douglas Tobias, who’s the chair of UCI Chemistry, presented Blake with the award. “The Tolman Award is the highest honor bestowed by the Southern California Section of the ACS, and the list of recipients of this award includes seven Nobel laureates and numerous members of the National Academy of Sciences,” said Tobias during the award ceremony. “In addition to his outstanding contributions to advancing the understanding of the chemistry of Earth’s atmosphere, and the changes that are occurring in the atmosphere due to human activities, Don has been an excellent educator and public servant, providing inspiration to countless students of all ages, and he has tirelessly contributed his time and energy to serving the broader scientific community through his extensive collaborations and his direction of projects that enhance the participation of young scientists, including many from under-represented groups.”