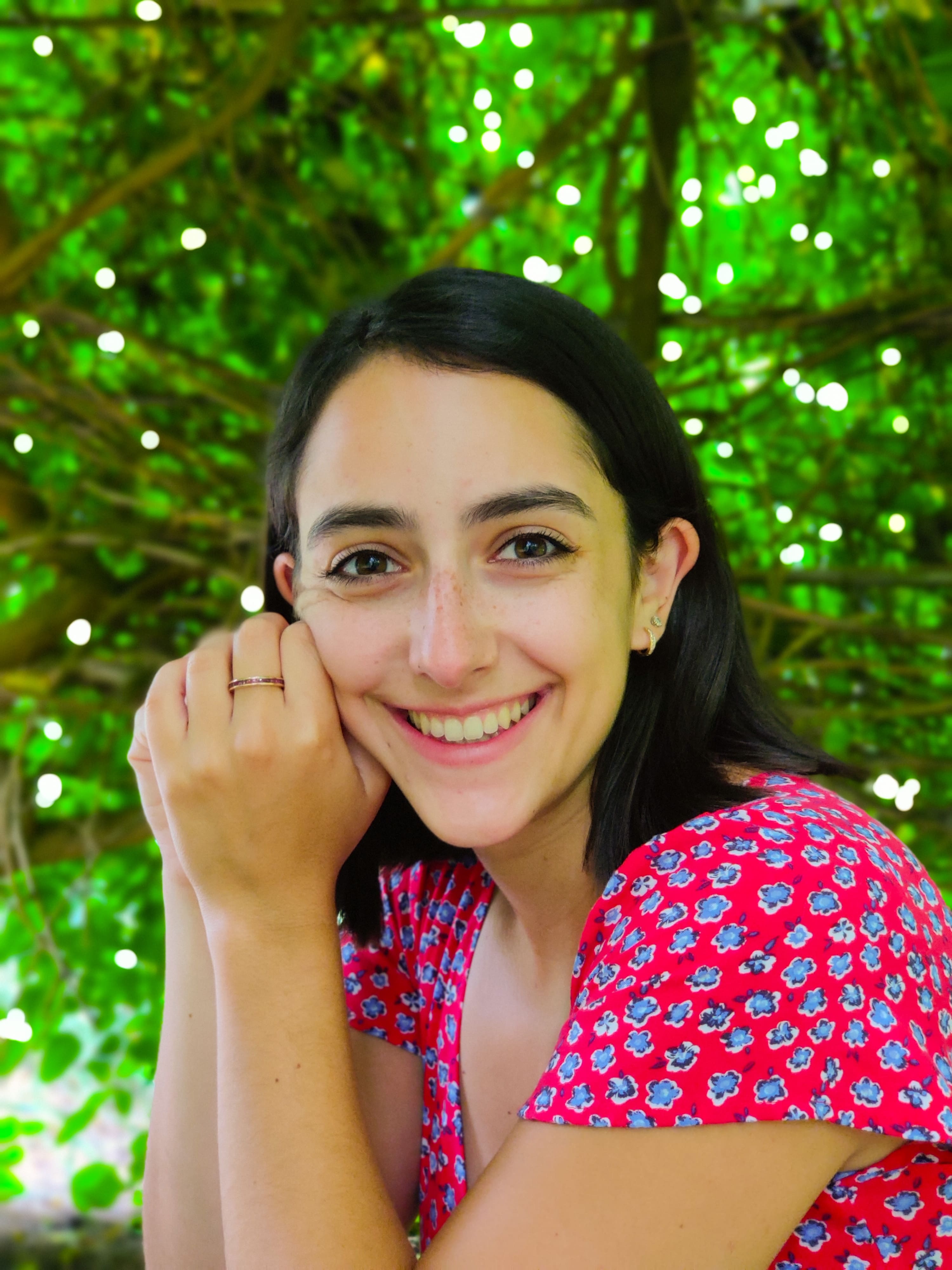 At UCI, Rachel Sousa uses math to study diseases like cancer. She got to this point thanks, among many things, to math riddle games and mysterious natural phenomena called fairy circles.

The day before she traveled to LinkedIn headquarters in San Francisco to compete in the University of California’s Grad Slam research communication competition, UC Irvine Ph.D. student Rachel Sousa of the Mathematical, Computational & Systems Biology program sat in the sun outside her third-floor lab at Hewitt Hall and talked about how, in another life, she might have become a medical doctor. “But I’m very empathetic,” she said, “and seeing just one patient suffer would wreck me.”

Empathy led Sousa down a different path, one that brought her to UCI where, as a biological mathematician with advisors in two different departments, she uses math to research treatments for diseases like cancer. “I try to think of a biological system, like the immune system or cancer, and I try to translate it into math equations,” Sousa said.

Long before she thought about cancer or math, though, Sousa wanted to be an actress. She isn't an actress today, but she might as well be one because through a combination of presence and eloquence, she won the UCI round of the UC-wide Grad Slam competition on March 3. You can watch Sousa’s winning three-minute pitch online. It’s a pitch she honed by practicing it in front of her family, which lives in the San Francisco Bay Area and which, because they come from a non-science background, were able to give Sousa the kind of uninvolved feedback she needed when she said something in her pitch that didn’t make a lot of sense. It helped, too, Sousa said, that her family followed up almost everything she had to say about her science with cheers, like when her mom would say “‘Wow! That’s so cool!’” That, and translating ideas from one place to another is something Sousa does everyday anyway as part of her research. “I translate biology into math, and then I have to translate the mathematical results back into biology so I can explain them to biologists,” she said.

Sousa flew to the Bay Area on Thursday, May 5 so she could translate once again when she competed in the UC-wide Grad Slam. The competition saw her go up against graduate students from the other nine UC campuses, whose three-minute pitches took listeners on brief journeys to distant galaxies and the inner workings of metabolic diseases. Sousa got on stage, launched into her family-tested talk, and started translating the world of cells and numbers.

Sousa’s Ph.D. work is co-advised by Professor John Lowengrub of the UCI Department of Mathematics, and Professors Armando Villalta and Francesco Marangoni of the UCI School of Medicine. She works at her computer in Marangoni’s lab, and she attempts to model how cancer grows in a patient’s body. Her research is akin to trying to model how the engine of a car works — only this engine has an arguably infinite number of moving parts that all behave in ways that are not at all completely understood by scientists. Sousa’s task is to design a model that captures the essence of what the engine does using the least number of parts possible — and then she adjusts and tinkers with those parts in her code to see if she can produce different, and hopefully better, cancer outcomes for patients. “We want to identify the key features to eliminate cancer,” she said.

It’s not an interdisciplinary space she ever expected to inhabit. When she was in high school, after her dream to become an actress passed, she felt she wanted to become a high school math teacher because that’s all she thought you could do with math. Either that, or play the game her dad would play with her brother and her in the car where he’d give his kids different math riddles to solve. “I would hate it because my brother always got it right,” said Sousa, who still knew the answers, but her brother always beat her to the punch.

But then Sousa went to Oregon State University and met scientists there who used math to study river systems, and soon Sousa was doing her own mathematical modeling research, working to understand why in some places in deserts in Australia and Africa things called “fairy circles” — collections of circular patches of barren earth in otherwise grassy soils — form.

The rivers and the fairy circles cast a spell, one that helped Sousa see she could apply math to all sorts of things. “Now I really like applying math to disease,” she said.

After she finished her pitch at the UC Grad Slam, the president of the University of California, and former UCI chancellor Michael Drake, asked Sousa if she ever had doubts about pursuing a career with math as a focus. She said she had no doubts, that it’s all been a process of discovery and trusting her intuition — something that helped her realize how fascinated she is by the field of mathematical biology. “Since then I’ve just kind of been following my nose, and I started doing research, and then I wanted to keep doing research and so I went into grad school and now here I am. It’s just been working out so far.”

Sousa placed third at the UC Grad Slam, and won $2,000 for her translation. Sousa also recently won a Graduate Research Fellowship from the National Science Foundation — a coveted prize she won in part by articulating her research plans in words reviewers of her proposal could easily understand.

And her plan now? Keep following her nose. “We’re still trying to build our cancer model,” she said.