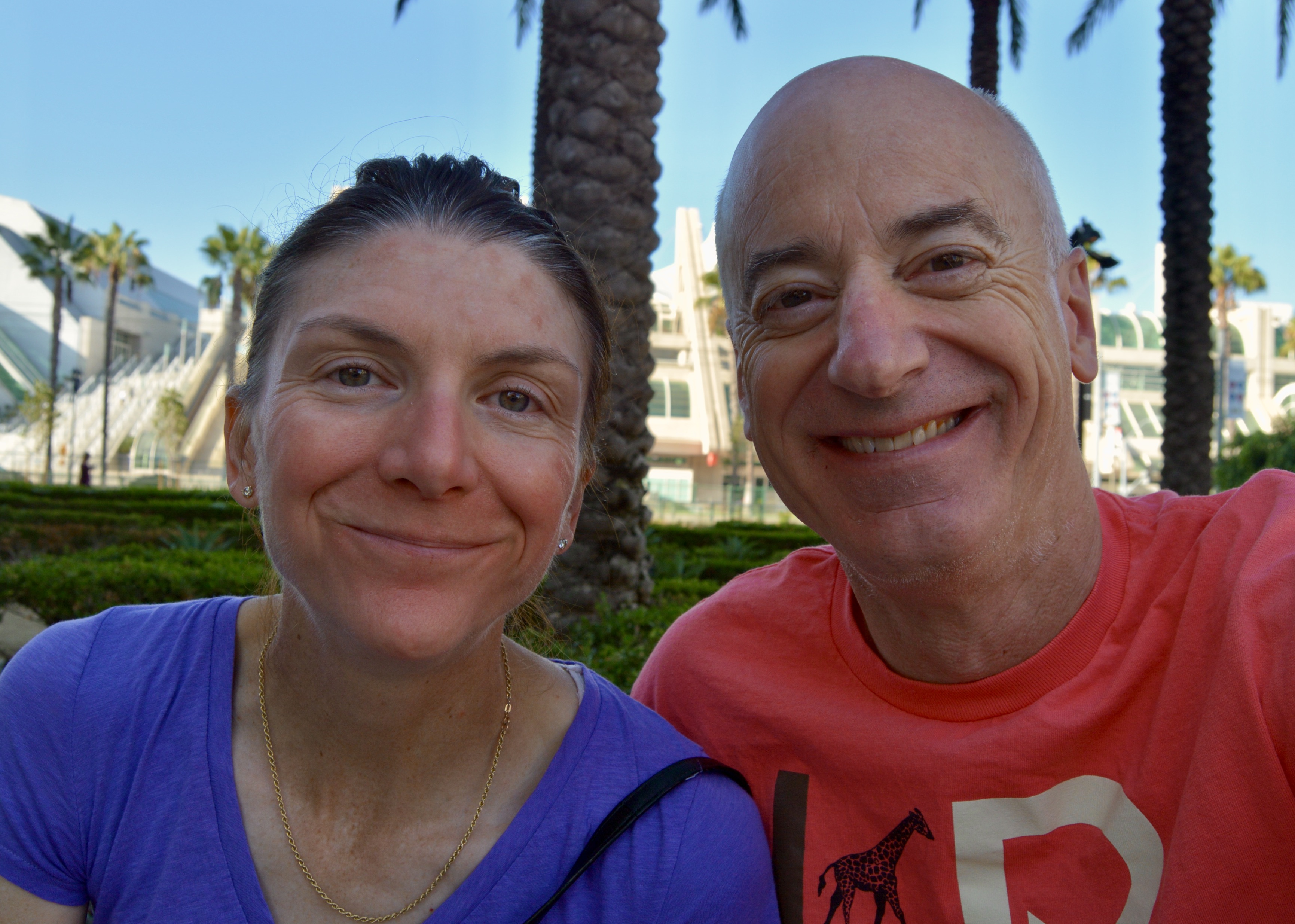 Reg Penner and Theresa McIntire's story started in the halls of UCI Department of Chemistry when they met there in the early 90s.

From the hunt for exoplanets and ghostly subatomic particles, to developing chemical devices and advancing health and research revealing how climate change will unfold around the world, faculty at the UCI School of Physical Sciences have been pioneering scientific discoveries since the university opened. Sherry Rowland and Fred Reines, two of our founding professors, received Nobel Prizes in 1995. Reines co-discovered the neutrino — an elementary particle once thought to be undetectable — and Rowland discovered that chlorofluorocarbons (CFCs) deplete the ozone layer, a find that sparked a triumphant worldwide effort to close the ozone hole. These efforts are emblematic of the broader mission of the School: to uncover fundamental insights, and to provide transformative discoveries that improve the world.

In addition to our science, there is another tradition among faculty in Physical Sciences: philanthropy. Out of all faculty members in the school, past and present, over 50% have donated to programs at Physical Sciences.

Through this Faculty Giving in Physical Sciences series, you will get to know those who donate, and you’ll discover why they feel moved to support the mission of the UCI School of Physical Sciences.

UCI Department of Chemistry Professor Reg Penner came to UC Irvine in 1990, and he stayed, he explained, because of the camaraderie he discovered immediately upon arriving. Right away, he recalled, two fellow professors, A.J. Shaka and Craig Martens, befriended him.

“They were so bright and creative, and excited about what they were doing,” Penner said.

Penner stayed and his research took root. You can find his electrochemistry lab on the second floor of the Natural Science 2 building, and it’s there that he and his colleagues do science that regularly impacts society. The latest example recently hit news channels like Chemical & Engineering News, with an announcement from Penner’s lab and the lab of UCI Chemistry Professor Greg Weiss of a sensor that can detect bladder cancer in urine.

“Fifteen years ago, Greg and I both lost a parent to cancer,” said Penner. “So, we started working together.” Their sensor relies upon engineered virus particles that “recognize cancer markers in blood or urine,” Penner said.

The work led Penner and Weiss to create a start-up company based in Irvine called PhageTech that aims to commercialize this sensor technology with the goal of preventing the same kinds of deaths that befell their own families.

And at another turn, Penner’s lab developed sensors that can detect varying levels of hydrogen gas, which, used across many industries, is flammable at certain concentrations. “We wanted to make a device do what other devices could not do,” said Penner, who published a pioneering paper on these sensors in Science in 2001.

Dr. Theresa McIntire is a lecturer in Chemistry at two Orange County community colleges as well as at UC Irvine, and one of the things she aims to do for her students, beyond teaching them the fundamentals of chemistry, is to provide career mentoring, because, she explained, career coaching for these students is often non-existent.

“I take it upon myself,” McIntire said. “I wish somebody had helped me think about what I needed to be thinking about in terms of my career planning.”

It’s this wish — to see chemistry in higher education change in ways that help students discover their path and where they need to be going — that moved Drs. McIntire and Penner to donate $1.5 million to the University. The money will be used to create graduate student fellowships — an effort that, McIntire and Penner hope, will ensure aspiring chemists have the financial support needed to enable them to focus single-mindedly on their research.

The gift is also an investment in a department that the two of them see as unique amongst the world’s chemistry departments. UCI Chemistry, Penner explained, is a place where decision-making power is not just in the hands of a select few, but all members of the department regardless of how long they’ve been there. It’s a place where every faculty member has a vote, and when Penner first started in 1990, he voted on a merit and promotion case involving the late Professor Sherry Rowland — one of our School’s two Nobel laureates, and the namesake of Rowland Hall. Such an egalitarian culture in the department exists, Penner added, thanks in large part to the department’s founding faculty, including professors like Rowland, Hal Moore, Dave Brant, Ed Lee, Marjorie Casario, Bob Taft and Don Bunker, most of whom Penner and McIntire knew personally.

“UCI Chemistry is home to us both,” said Penner. “This is where we started our careers — it will always be special in that regard.”

“I’m delighted to hear the wonderful news that Drs. Reg Penner and Theresa McIntire have pledged to make a major gift to the Department of Chemistry to endow fellowships for chemistry graduate students,” said Professor Doug Tobias, who’s the chair of UCI Chemistry. “Their contribution will be the largest of its kind in the history of the department. Such fellowships are highly prestigious, and are a profound boost to the recipients’ professional preparation. This gift will be a significant step forward toward making UCI, a relatively young institution, competitive with older institutions with established fellowship programs, and we are hoping that this generous gift will be a model for future contributions.”

On a shelf in their home, there sits a doll of a kangaroo. The doll was a gift to Dr. McIntire from a student from Australia who had been struggling with her choice of career path. The student’s family wanted them to become a medical doctor, but they knew that that wasn’t what they wanted to do. “It wasn’t in their soul,” McIntire said, and so she helped guide the student down a different path, and, later, the student sent the kangaroo as a way of saying thanks. In doing so, the student left behind a visible memento of the impact that both Drs. Penner and McIntire have already created in the world.