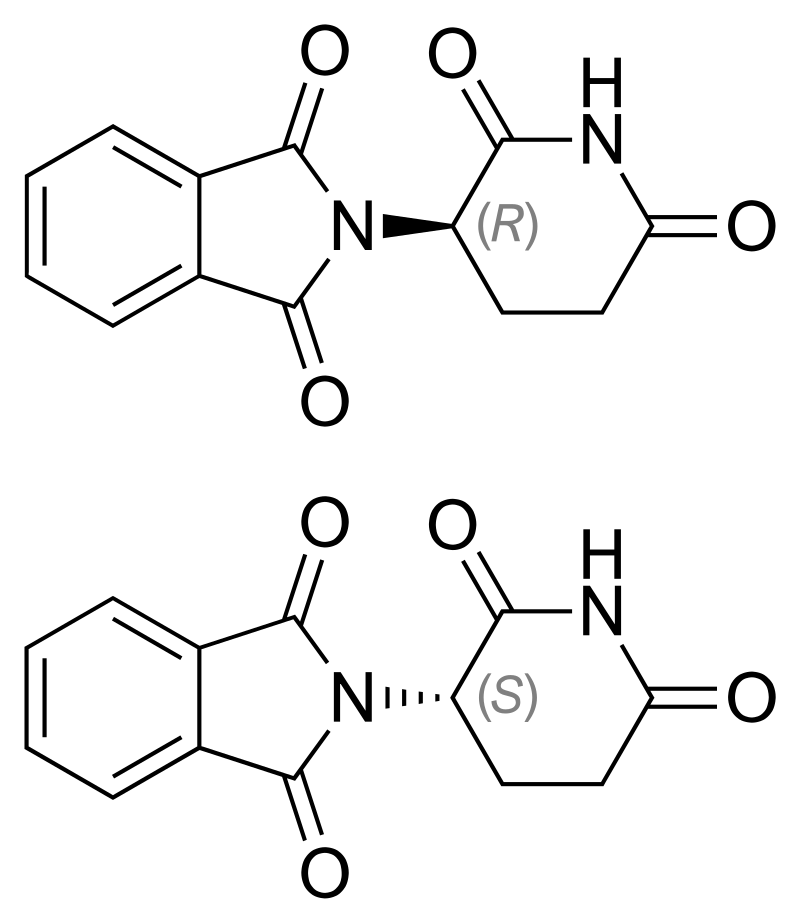 A huge congratulations to Professors David MacMillan and Benjamin List for winning this year’s Nobel Prize in Chemistry for the development of asymmetric organocatalysis. We at the UCI Department of Chemistry couldn’t be prouder of alumnus David MacMillan who obtained his Ph.D. in the Overman Lab in 1996 and was later the Ph.D. advisor to Professor Vy Dong.

You might be wondering what asymmetric organocatalysis is, and why it’s important. Most biologically active molecules are chiral. This means that they are non-superimposable mirror images of each other; an easy example of this is our right and left hand. These mirror images can play drastically different roles in our bodies. In the 1950s a molecule designed to cure morning sickness, called thalidomide, caused in some cases birth defects. In this case, it was discovered that a version of thalidomide called (S)-thalidomide was the one that caused birth defects, while one called (R)-thalidomide works as an effective sedative medication.

The 2001 Nobel Prize in Chemistry went to Professors Knowles, Noyori and Sharpless for asymmetric catalysis with metals. MacMillan’s and List’s work focused on using organic molecules that work as catalysts — this is important because organocatalysts are more environmentally friendly and often more accessible than metal catalysts.

As Professor Vy Dong said: “When Dave coined the term 'organocatalysis' twenty years ago, he imagined it would be a more green, economic and operationally simple approach to making chiral molecules. It’s an exciting area of research that complements biocatalysis and transition-metal catalysis in drug discovery.”

Nowadays, organocatalysts are regularly used in drug development and the synthesis of many bioactive molecules. Congratulations again to Professors MacMillan and List!

Maj Krumberger is the Science Communication Fellow for the UCI Department of Chemistry, where he's a Ph.D. student in the lab of Professor James Nowick.