Rebecca Riley wants to be an astronaut 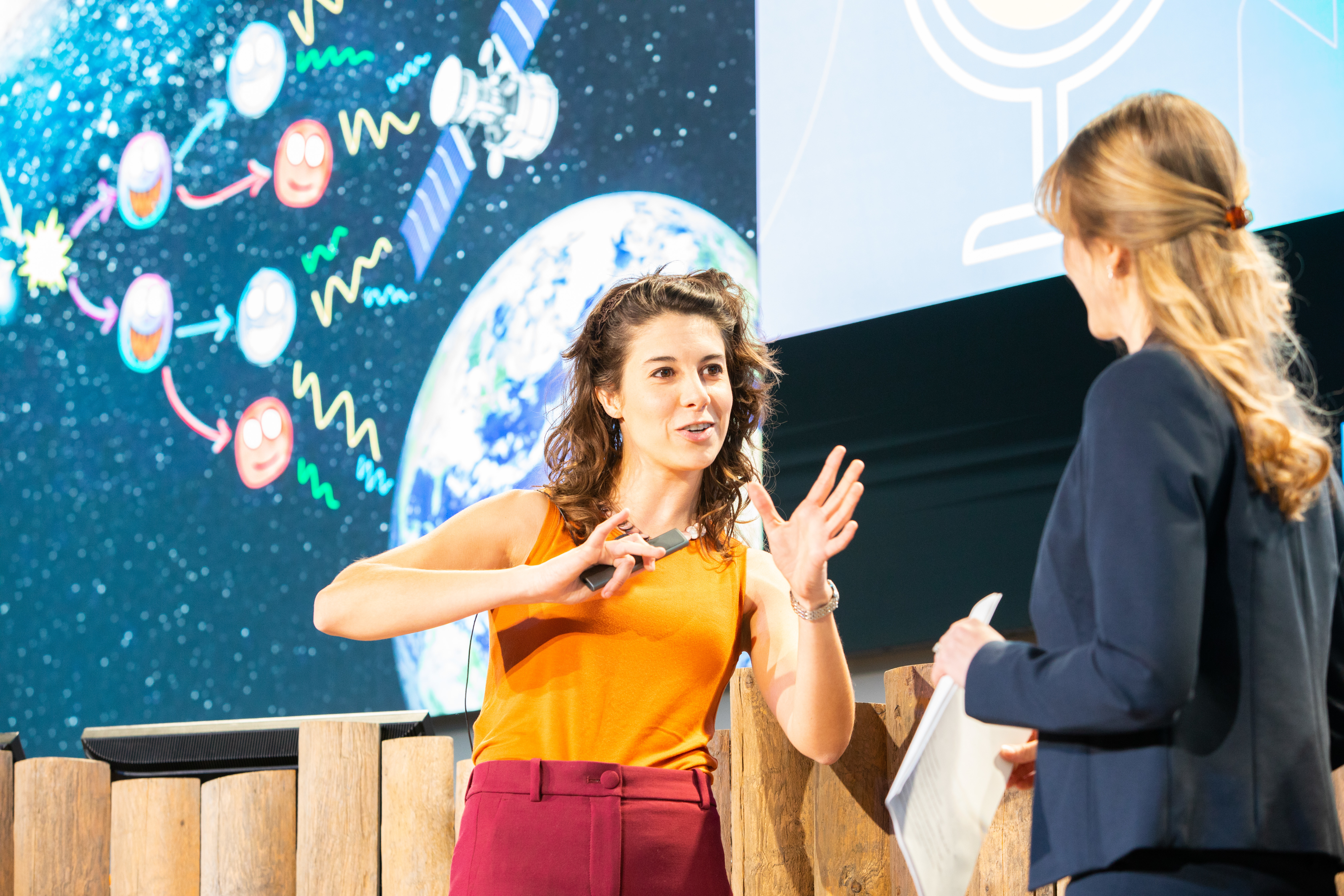 Rebecca Riley, after her Grad Slam win at The Cove, talks about what made her first want to be a physicist when she was young — “I was always reading about astronauts, stars, the solar system,” she said.

Rebecca Riley remembers feeling drawn to the stars since she was less than three years old, when she — and this is her first memory — would go outside with her grandparents in Clay County, Alabama and lay on a blanket and watch the night sky.

“We were far away from any cities,” she said. “The sky is just gorgeous up there.”

She remembers how, when she turned 10, she got a present. It was a space flight jumpsuit just her size that came from the Marshall Space Flight Center in Huntsville, Alabama. She used the jumpsuit to dress as the first American woman to reach space, Sally Ride, for an event at school where she had to read a biography about one of her heroes and then come to school as that person.

“I decided very seriously that I wanted to pursue being an astronaut when I was in high school, so probably tenth or eleventh grade,” she said. “Man, it’s just the coolest job ever! Right? Wouldn’t you love to go to space and be able to see the world?”

Riley, now 25, remembers how last month, on February 28th at around 6:30p.m., she was nervous. She was not in the flight deck of a space shuttle — not yet, at least. She was in an audience sitting in front of a stage at The Cove on campus, and she was one of 10 UCI graduate students who were set to compete in the UCI heat of the Grad Slam — a UC-wide contest where graduate students have just three minutes to tell the story of their work in a way that’s understandable to all. In January, Riley submitted a video of her talk, and she and 37 other contestants made it to the Grad Slam semi-final round. Riley then made it to the finals of the UCI heat, where it was just her and the 9 other finalists on that night in February.

“I think one of the things that I love about having a southern heritage is that we’re all storytellers,” said Riley, who’s a theoretical particle physics doctoral student in the UCI Department of Physics and Astronomy. “A lot of people think that I have this sort of wacky, crazy exciting life — and I mean I do have kind of a wacky and exciting life. But 50 percent of it is that I just know how to talk about it and tell a good story.”

Riley got onto the stage, and she told a story. “I’m here to tell you about something you’ve probably never heard of, that nobody’s ever seen, and that we know almost nothing about, yet without which you wouldn’t exist. In the dark corners of the universe…”

She went on to talk about something called dark matter, which is something that, unlike the stars that first struck her, is an invisible part of the night sky. We wouldn’t exist without it because about 85% of the matter in the universe is dark matter, and that dark matter’s gravity helped drive the formation of things like galaxies, including our own Milky Way.

But dark matter is invisible. It doesn’t reflect and refract light in the way that mirrors or mountains or skies do, and the only way scientists know dark matter exists is because of the gravitational effects it has on matter that we can see. No one’s ever really detected dark matter directly, and Riley wants to change that. During her Slam, she said that dark matter particles could be “eating” each other in a way that creates particles that satellites orbiting Earth are able to detect.

That’s the theory, and Riley’s spending her time at UCI figuring out if it’s true. “I came off stage feeling like I forgot most of the more eloquent words that I wanted to say,” Riley said. Nevertheless, her southern heritage shone through as she ended her tale with a quote from Einstein, and she won the UCI heat. Come May 8th, she’ll be in San Francisco competing at the UC-wide Slam.

Back at her desk on the third floor of Frederick Reines Hall, where Riley thinks about dark matter, there are stacks of textbooks and scientific papers scattered here and there. There’s also a vase filled with flowers — daisies, irises and lilies — sent by the grandmother who first showed her the night sky.

Riley isn’t an astronaut yet, but she takes Russian language classes at UCI three days a week because, since the U.S. retired its space shuttles, all U.S. astronauts have to travel to space with Russian cosmonauts aboard Russian-made Soyuz rockets. Riley also has a private pilot’s license, and she flies toward space whenever she takes off from a rural airport in Alabama. Someday, she wants to start taking off from a slightly larger facility: nearby John Wayne Airport. And after that — for her, at least — the sky is not the limit.