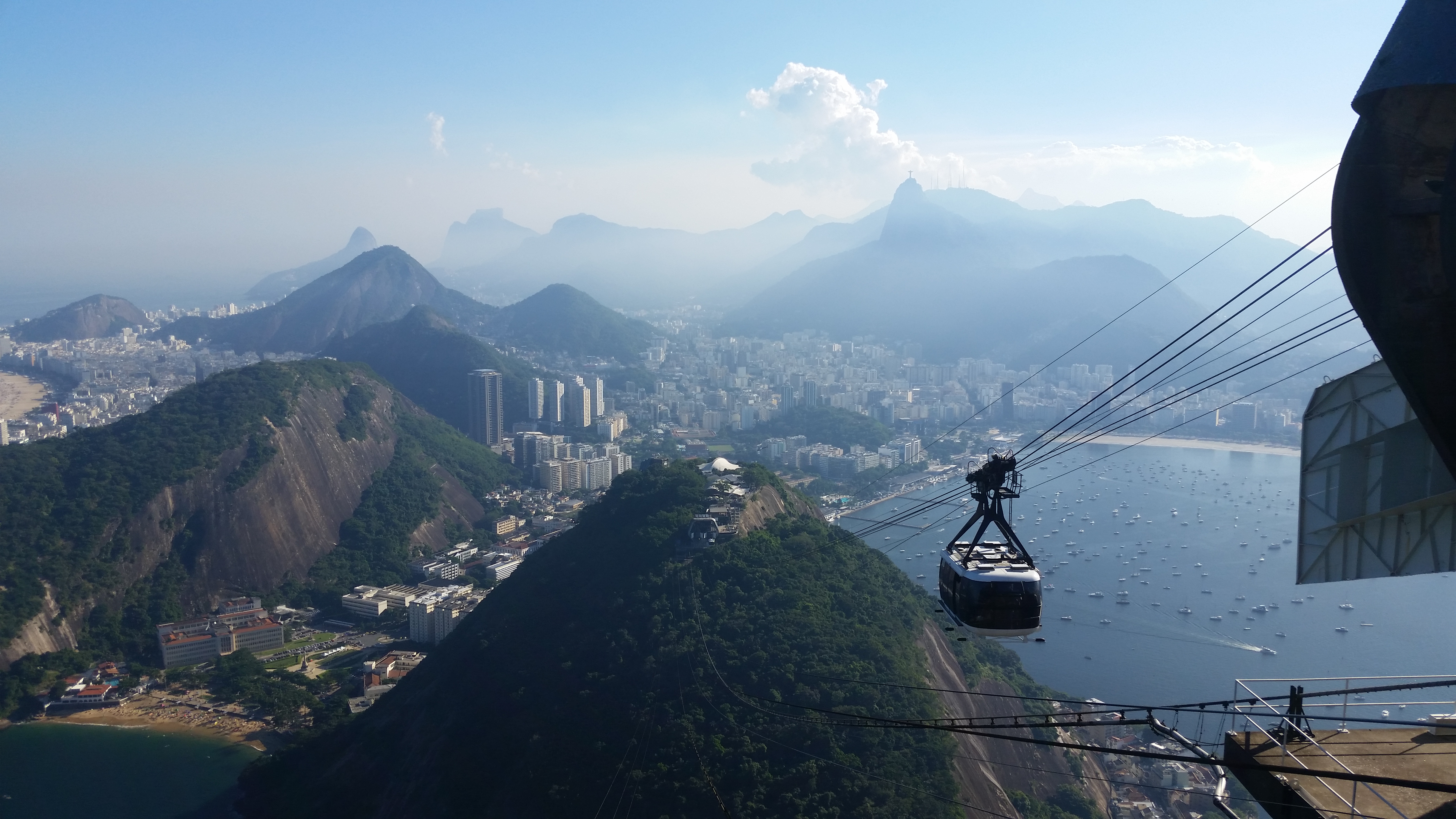 Rio de Janeiro as seen from a cable car. Until a new study led by UCI researchers, where fossil fuel emissions are strongest in Rio remained mostly a mystery.

One of the challenges of facing the climate change crisis involves rethinking the way we build our cities so that normal day to day activities, like people getting around, emit few to none planet-warming greenhouse gasses. Transportation is one of the largest sources of greenhouse gas emissions, and a team of UCI-led scientists recently published research aimed at understanding exactly what such emissions look like in one of the world's largest cities of the Global South, Rio de Janeiro. "What we did was try to correlate fossil fuel concentrations with socioeconomic features to try to understand how fossil fuel emissions work in a metropolitan area," said Guaciara dos Santos, a research project scientist in the UCI Department of Earth System Science and the corresponding author of the Urban Climate study that details the findings. What the team found after analyzing the signal of fossil fuel carbon dioxide derived from plant leaves collected across Rio is that fossil fuel emissions in the city appear to be highest in places like the city’s center and also Rio's main intercity bridge. They also found that higher-income areas tend to emit more than lower-income ones that have poor infrastructure — findings that may be somewhat intuitive, dos Santos explained, but which provide enough quantitative data that, she hopes, will help provide a kind of roadmap for Rio’s city planners as well other cities to design the future of urban spaces while keeping climate change in mind. "We would like to provide some kind of tool for policy makers," she said.