Yang’s research path has led her to one of science’s most tantalizing questions: How did life on Earth begin?
Lucas Van Wyk Joel
UCI Physical Sciences Communications 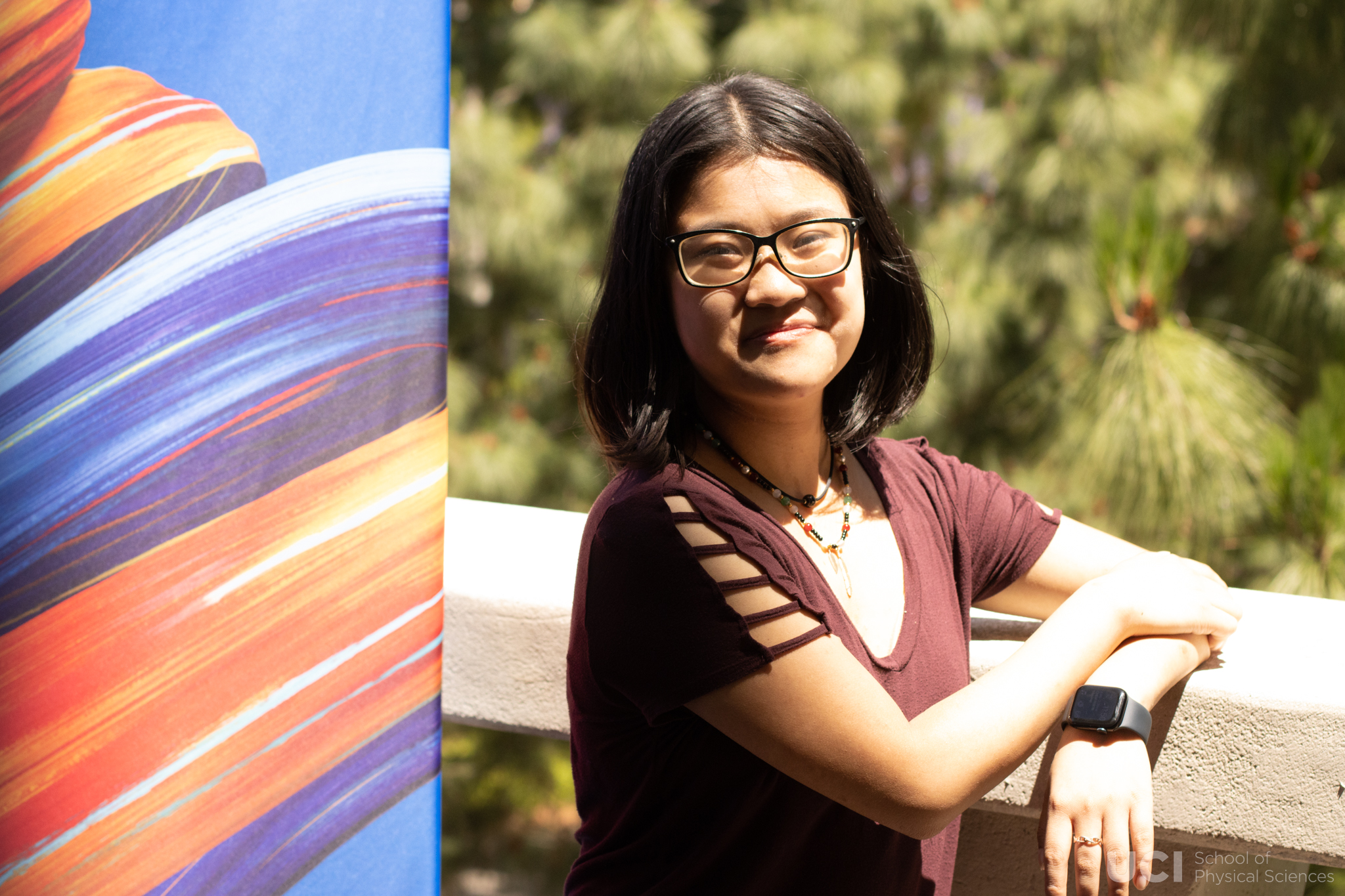 Yang, when she’s not studying the origins of life, plays classical piano, including songs like Chopin’s Ballade No. 1 in G minor, Op. 23.

Lucy Yang never thought she would end up researching the origins of life, but when she came to UCI in 2018 from where she grew up in Santa Rosa in Northern California, her path to that work began. Within two weeks of moving into Middle Earth housing, Yang scoured the profiles of UCI scientists whose work aligned with her then-aspiration to pursue a career in medicine, and that’s when she found Professor Andrej Lupták of the UCI Department of Pharmaceutical Sciences and the UCI Department of Chemistry, who, as Yang recalled, replied to her email within minutes after she hit send. “He took a chance on me,” Yang said, and that chance took her to studying RNA – a molecule that aids in reading information encoded in DNA. RNA is key for studying what early life on Earth may’ve looked like, because scientists hypothesize that RNA, not DNA, acted as the primary information-carrying and catalytic molecule about 3.8 billion years ago. Yang works to understand that world in the lab, and its work that helped her get into a Ph.D. program at Harvard where, come August, she’ll start studying the molecules that make up nucleic acids. “I’ve fallen in love with nucleic acids,” said Yang, who recently won a National Science Foundation Graduate Research Fellowship Program fellowship to fund her work. Yang described how one of her best UCI memories was when she attended the Ph.D. defenses of two former graduate students, Michael Vu and Claire Chen. She remembers the rush of emotion she felt at seeing the two newly-minted doctors. “It was really inspiring to me,” she said. Yang’s science, while definitive, is just one side of her story; she also likes to pick up her guitar or sit down at her piano and play music, and she also does creative writing – poetry and stories, specifically – which she said helped her when times got tough as a student. “It keeps me going,” she said.