Howard came to UCI in 2017 with one goal: to ask crazy questions about the universe.
Lucas Van Wyk Joel
UCI Physical Sciences Communications 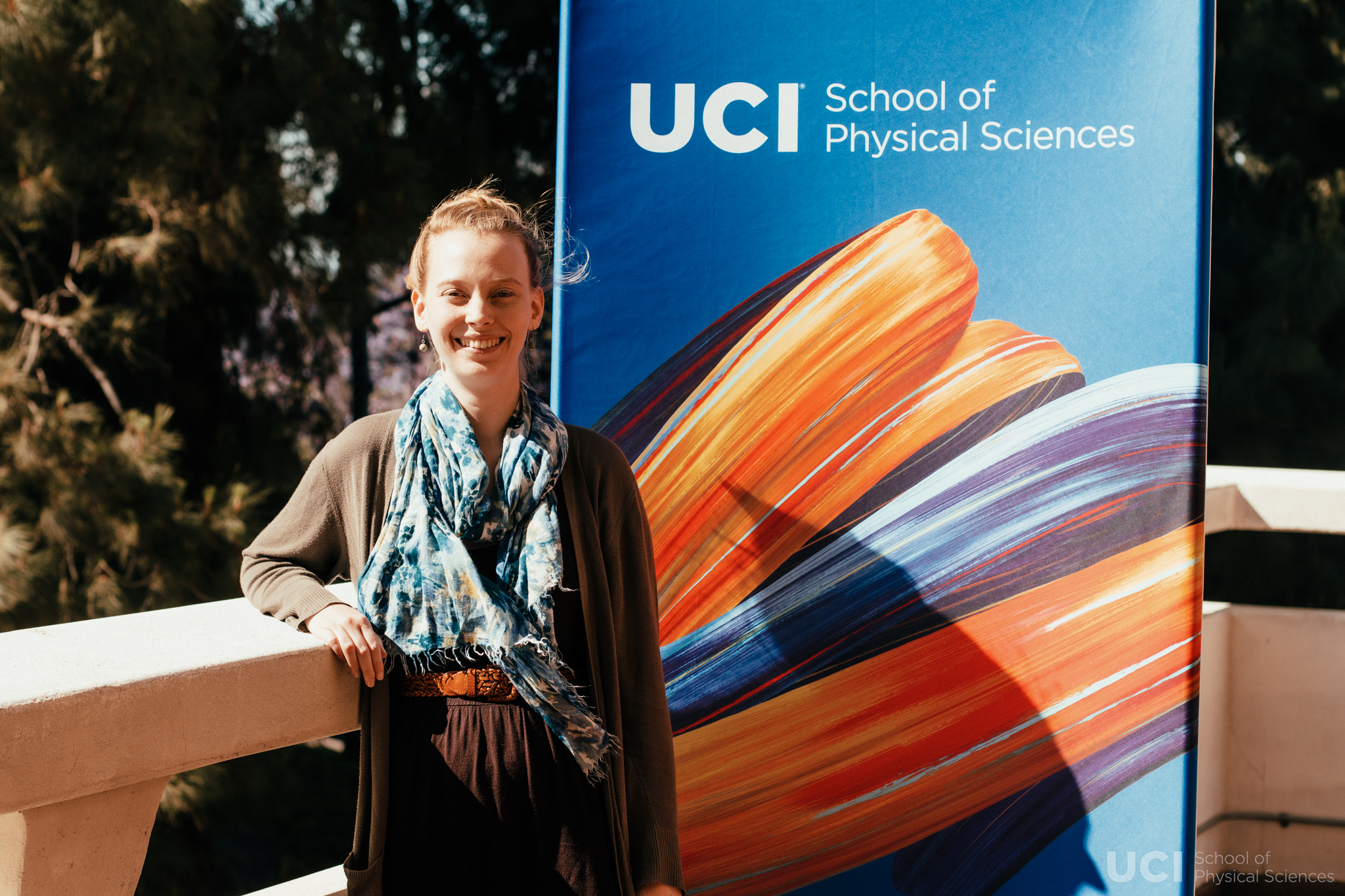 When she wasn’t working to reconstruct what happened in the earliest moments of the universe’s history, Howard, alongside Professor Aomawa Shields, helped run the Rising Stargirls outreach program that brings schoolgirls from around the world to UCI so they can experience what it’s like to study the cosmos. “I really care about diversity, equity and inclusion, and trying to make science in general — and physics and astronomy — more accessible,” Howard said.

Jessica Howard is a theoretical particle physicist who’s about to graduate with her Ph.D. from the UCI Department of Physics & Astronomy. She studies the moments after the Big Bang – that universe-creating event 13.8 billion years ago that saw the dawn of all that is. But before she got to studying it, she had her own Big Bang moment in her first physics class at UC Davis. Thanks to UCD’s Professor Manuel Calderón de la Barca Sánchez, who had a penchant for “asking interesting, crazy questions” about the universe and the way it works, “something just clicked,” said Howard. Howard decided to follow Calderón’s example and ask crazy questions of her own for a living, and it’s something she’s been doing for her doctoral research here at UCI alongside Professors Tim Tait and Daniel Whiteson. Physicists, Howard explained, have an idea of what the universe looked like shortly after the Big Bang happened, but these early moments in cosmic history remain very much a black hole; no-one was there observing what happened, so what exactly took place is something physicists can only measure indirectly by, for instance, looking at the distribution of elements that we can see in the observable cosmos today and then inferring what kinds of early-universe conditions needed to exist for that distribution to become a reality. Such inferences, according to Howard, require scrutiny. “We have to question our assumptions about what the very, very early universe looked like,” she said. “Such questions can feel crazy, because there are many possible early universe conditions that could produce the universe we see today — but these alternatives might also explain other elusive features of our universe.” It’s a rabbit hole Howard intends to keep exploring later this year when she starts working as a postdoctoral researcher at UC Santa Barbara’s Kavli Institute for Theoretical Physics. “I think it’s interesting to probe deeper into such fundamental questions,” she said.