Next up: Does the medication offer protection against other forms of cancer?
Lucas Van Wyk Joel
UCI News 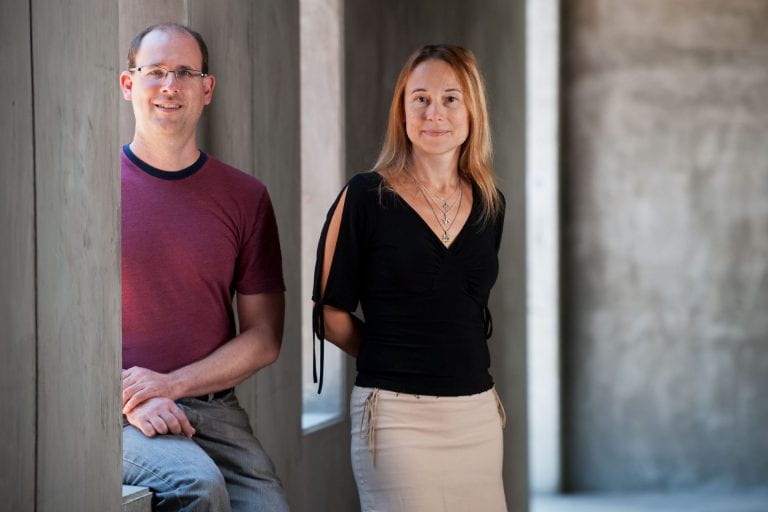 Dominik Wodarz, professor of population health and disease prevention in UCI’s Program in Public Health at the University of California, Irvine and Natalia Komarova, professor in UCI’s Department of Mathematics, conducted a study concluding that aspirin changes the way cancer cell populations evolve over time, making them less able to survive and proliferate.

Irvine, Calif., June 9, 2022 — Cancer starts when cells start dividing uncontrollably. Scientists have known that taking aspirin can help protect against the development of colorectal cancer – cancer afflicting the colon or rectum – but the exact reason aspirin has this effect has been mostly a mystery.

In a new study published in the journal eLife, researchers at the University of California, Irvine reveal for the first time that aspirin changes the way colorectal cancer cell populations evolve over time, making them less able to survive and proliferate.

“We asked what aspirin does to the Darwinian evolution of cells,” said co-author Dominik Wodarz, professor of population health and disease prevention at the UCI Program in Public Health. “Cancer arises because cells evolve from a healthy state toward a pathogenic state where the cells divide without stopping. This happens when cells acquire a number of mutations, and these mutations are selected for. We found that aspirin affects these evolutionary processes and slows them down.”

The team found that aspirin alters the birth and death rates of colorectal cancer cells. Specifically, aspirin reduces the rate of tumor cell division and increases the rate of cell death.

The researchers, including the paper’s lead author Natalia Komarova, professor of mathematics, started the work suspecting that aspirin may have a role to play in colorectal cancer’s evolution, wherein the forces of natural selection – or the processes that determine which individuals in a population will survive and reproduce and which will not – govern whether or not cancer cells proliferate to the point where they become harmful or lethal.

“We thought that a slowed development of cancer due to aspirin must somehow arise from a slowed evolution of the cells toward malignancy,” said Komarova. “What surprised us was that this mechanism could explain the level of protection seen in the human population quite well. In other words, the predicted magnitude was consistent with the protective effect seen in the human population, in epidemiological studies.”

A 2011 clinical trial revealed that people who took 600 milligrams of aspirin each day for two years had a 63% reduction in colorectal cancer occurrence in patients suffering from Lynch syndrome – an inherited condition that increases one’s risk of developing certain types of cancer such as colorectal cancer. Many other studies corroborate those findings, but none until now has investigated a possible evolutionary explanation for why this happens.

“The novel part is really saying that aspirin changes the evolutionary outcome of carcinogenesis,” Wodarz said. “This work is an example showing that mathematical approaches can be very useful to understand complex phenomena in cancer biology; such insights would not be possible to obtain by experimentation alone. It requires the collaboration of empirical biological work and mathematics.”

Now, Komarova and the rest of the team want to find out whether aspirin has similar effects on cancers afflicting other organs in the body. “If not,” she asked, “in which organs is aspirin protective, and how could we explain these differences in the ability to protect against cancer?”

About UCI’s Brilliant Future campaign: Publicly launched on Oct. 4, 2019, the Brilliant Future campaign aims to raise awareness and support for UCI. By engaging 75,000 alumni and garnering $2 billion in philanthropic investment, UCI seeks to reach new heights of excellence in student success, health and wellness, research and more. The School of Physical Sciences and the Program in Public Health play a vital role in the success of the campaign. Learn more by visiting https://brilliantfuture.uci.edu/uci-school-of-physical-sciences/ and https://brilliantfuture.uci.edu/school-of-population-and-public-health/.