“It’s been remarkable, surreal and humbling at the same time to receive this.”
Brian Bell
UCI News 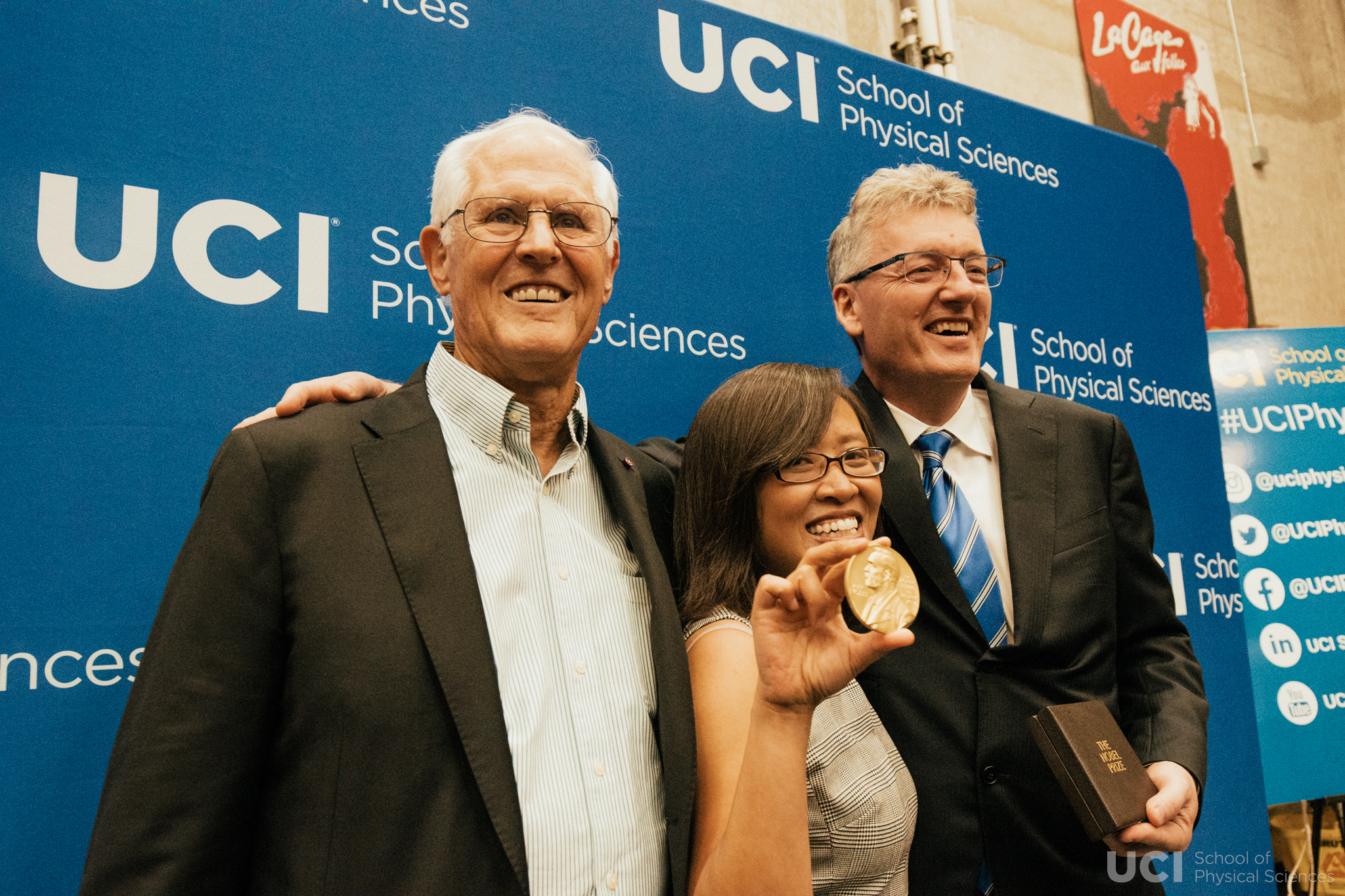 Sir David MacMillan, James S. McDonnell Distinguished University Professor of Chemistry at Princeton University (right), paid a visit to UCI in May which enabled a reunion with his Ph.D. advisor Larry Overman, Distinguished Professor emeritus, and Vy Dong, professor of chemistry, who was advised by MacMillan at UC Berkeley and Caltech.

David MacMillan, who earned his Ph.D. in chemistry at UCI, has many accolades attached to his name. He was the co-recipient of the 2021 Nobel Prize in Chemistry for his work in developing organocatalytic chemical synthesis methods to aid in the development of new medicines, and he was among the first to be named a UCI School of Physical Sciences Alumni Hall of Fame inductee. This week he has a new title: Sir David MacMillan, knight bachelor of the British realm.

Queen Elizabeth II conferred the honor on MacMillan, the James S. McDonnell Distinguished University Professor of Chemistry at Princeton University, this week as part of her 96th birthday celebration and platinum jubilee. MacMillan received news of the honor in mid-May while traveling in South Korea.

“It’s been remarkable, surreal and humbling at the same time to receive this,” MacMillan said. “I have both Scottish and U.S. citizenship, but for British people this is a big deal, and for my family back in Scotland, it’s been huge, they’re just going crazy about the whole thing. People from where I grow up just don’t typically end up being knighted.”

Following his trip to South Korea, MacMillan came to the UCI campus to deliver a speech, “From Scotland to Irvine to a Nobel Prize: Why UC Irvine Made it Possible.” His visit also included meetings with UCI chemistry graduate students, local high school students, his Ph.D. advisor Larry Overman, UCI Distinguished Professor emeritus of chemistry, and Vy Dong, UCI professor of chemistry, who MacMillan advised when the two were at the University of California, Berkeley, and later at Caltech.

“The visit to UCI was unbelievable, it was like a dream come true. To go back to a place that is emotionally so important to you and have people treat you so well, under such special circumstances,” he said. “And to get to see Larry Overman and Vy and all the faculty, the response from the whole department was so overwhelmingly fantastic. A couple of times when I was giving talks, I was having a hard time because I was getting so sentimental and so emotional, it was something else.”

MacMillan’s honor was conferred by the Imperial Society of Knights Bachelor, founded in 1908 to “maintain the modern spirit of knighthood.” The title is official, having been accepted verbally. An investiture ceremony will take place at Windsor Castle over the next year.