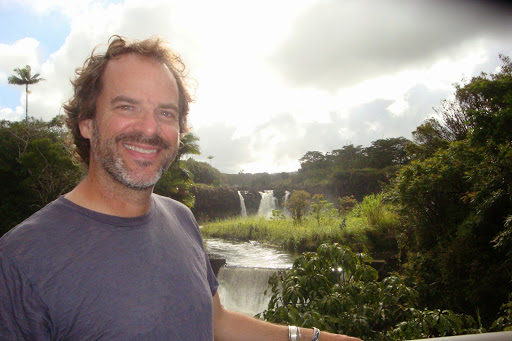 "At AGU meetings, researchers who normally silo in their own disciplinary section often stop me when they see my name badge," Zender said. "They thank me for my software, which has saved them untold hours."

The American Geophysical Union, which is the largest society of geoscientists on the planet, boasting some 130,000 thousand members, just awarded Professor Charlie Zender of the UCI Department of Earth System Science the distinction of giving its Greg Leptoukh Lecture at its upcoming Fall Meeting in New Orleans, Louisiana in December. Zender’s research mostly orbits around trying to simulate the effects of gases, particles and surface processes on Earth’s climate — but this particular honor recognizes Zender’s work to better manage and analyze data related to his science. “You see, I always try to solve the data analysis problems that arise in my climate research in elegant and repeatable ways,” said Zender. “In so doing, I have created open-source scientific software, developed and guided the adoption of new scientific data standards, and invented data compression techniques that make scientific data storage greener.” Zender’s lecture will touch on how much of the data stored by geoscientists is scientifically meaningless and just taking up space — and such storage, he says, consumes power, which contributes to greenhouse gas emissions. Zender quipped that more people in the geosciences use his data storage techniques than who reference his actual climate science work — something he sees as a boon. “I’m so glad my data science contributions help other researchers, because keeping up with the data produced by geoscience models and satellite measurements can be like trying to drink from a firehose if you’re using suboptimal software and standards,” Zender said. “This award feels like the AGU is buying me a beer for my help, kind of like some of those researchers do at meetings.”