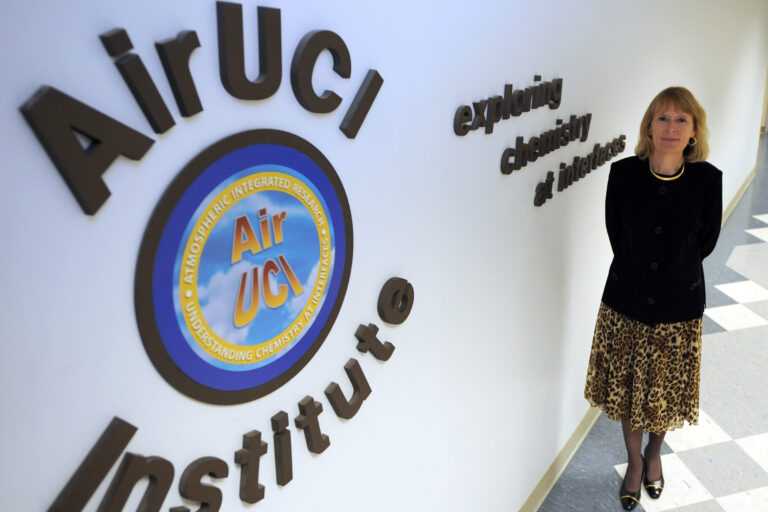 “This unique collaboration across disciplines and communities including an active environmental justice group in Santa Ana, Calif., will provide a broad assessment of the current impact of brake and tire wear as well as future likely scenarios as fossil fuels are phased out in the transportation sector,” said Barbara Finlayson-Pitts, co-director of the AirUCI institute.

Irvine, Calif., Sept. 23, 2021 — Vehicle tailpipe emissions have been the subject of exhaustive study and government regulations over the past several decades, but other categories of pollution, particularly the variety that results from friction being applied to brakes and tires, have been less investigated until now.

The institute of Atmospheric Integrated Research at the University of California, Irvine, in partnership with Madison Park Neighborhood Association in Santa Ana, has been awarded $1.9 million by the California Attorney General’s office to study the health impacts of non-tailpipe vehicle pollutants.

An interdisciplinary team of AirUCI researchers – including chemists, engineers and public health experts – will use the funds to investigate the composition, toxicity, incidence and potential health effects of airborne particles from cars and trucks.

“We are excited to have the opportunity to integrate chemistry and engineering approaches with health effects and anthropological studies of non-tailpipe emissions associated with brakes and tires and their impacts on a local underserved community,” said principal investigator Barbara Finlayson-Pitts, co-director of AirUCI. “This unique collaboration across disciplines and communities including an active environmental justice group in Santa Ana, Calif., will provide a broad assessment of the current impact of brake and tire wear as well as future likely scenarios as fossil fuels are phased out in the transportation sector.”

Finlayson-Pitts said that even though emissions of carbon monoxide, carbon dioxide and other gases are expected to drop in the future as internal combustion engines decline as a preferred power source for vehicles, these other sources of airborne grit will persist.

Neighborhoods and communities that are bisected by busy freeways and high-capacity roads are predominantly home to lower-income residents. For that reason, UCI researchers will collaborate with partners in Santa Ana to gain a better understanding of the cardiovascular and reproductive impacts on these populations.

This project is one of several initiatives supported by California’s Automobile Emissions Research and Technology Fund. The grants, totaling $10 million, stem from a 2016 settlement with Volkswagen over the automaker’s emissions cheating scandal.