Professor Sanchez-Yamagishi will use the award to explore materials at atomic scales — and to make room for surprises, too.
Lucas Joel
UCI Physical Sciences Communications 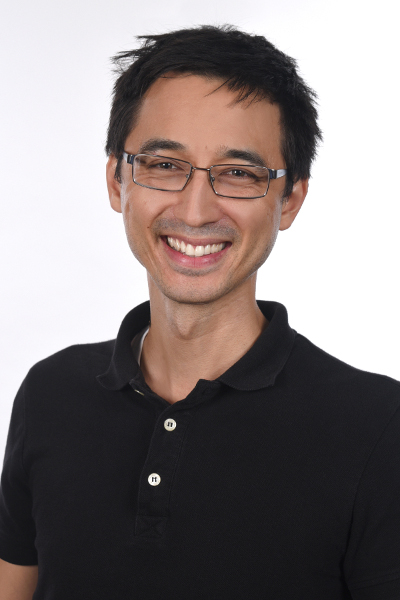 He likens some of his lab's work to solving the world's smallest Rubik's Cube.

You can think of some of them as the smallest Rubik’s Cubes on the planet — only they’re not made of plastic cubes, but atoms, and they’re what Professor Javier Sanchez-Yamagishi of the UCI Department of Physics & Astronomy just won an NSF CAREER award to study. The award will give him funding to study the ways electricity flows through such nano-scale structures, some of which are made of something called graphene: stacked layers of carbon that’re each just one atom thick.

The winning proposal, titled “Manipulating Topology and Correlations in 2D Heterostructures by Dynamic Structural Control,” will see Sanchez-Yamagishi and his lab, with the help of $660,190 in funding, using a new dial that can alter the structure of the nano-Rubik’s Cubes so he and his lab can test how different atomic configurations alter electric flows. “In the end, it’s about studying how electricity flows in these materials — but we’re gonna have this dial now where I can turn the dial, and it changes the structure of the material in real time,” Sanchez-Yamagishi said. “That’s what the experiment is.”

The experiment, he added, is also about putting things in the right place, and then testing to see what kinds of unexpected results can happen. Once, during his PhD, he accidentally caused graphene to completely change its material behavior, altering it from a metal — something that conducts electricity — into an insulator — something that doesn’t conduct electricity. “We kind of set up things so that it would make it possible to see these cool unexpected things,” Sanchez-Yamagishi said. “But, in the end, what actually happened, and the coolest part about it, yeah, it was just a surprise.”