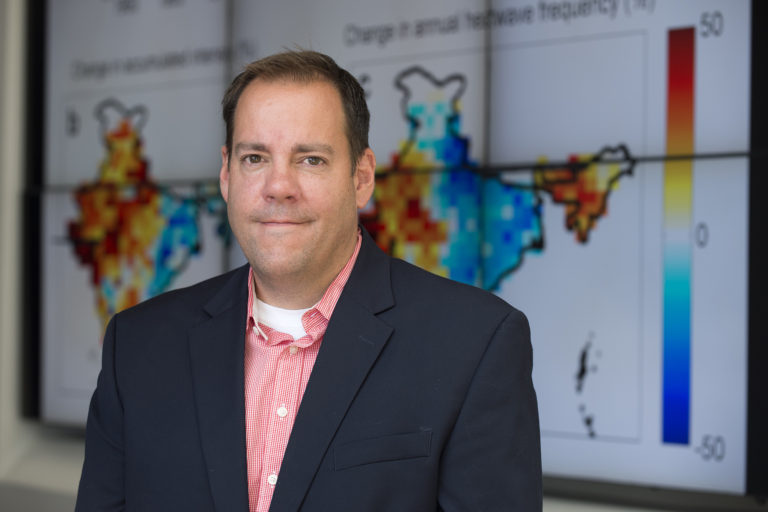 “It’s a big deal that our method allows us to monitor emissions on a practically daily basis. We can even see the effects of weekends and holidays for the first time. And going forward, this will be a powerful tool for tracking the greenness of the COVID-19 economic recovery initiatives and other efforts to reduce emissions,” said study co-author Steve Davis, UCI professor of Earth system science.

Irvine, Calif., Oct. 14, 2020 — An international team of climate experts, including Earth system scientists at the University of California, Irvine, today released an assessment of carbon dioxide emissions by industry, transportation and other sectors from January through June, showing that this year’s pandemic lockdowns resulted in a 9 percent decline from 2019 levels.

The measurements, included in a study published today in Nature Communications and made available on the recently launched Carbon Monitor website, are an amendment to the 17 percent drop reported in another paper more than three months ago. By including estimates of day-by-day, sector-specific and country-level differences in CO2 emissions derived from frequently updated data sources – many on a near-real-time basis – the new study provides a clearer picture of the atmospheric impact of 2020’s pandemic lockdowns.

“We were able to track the cascading effects of COVID-19-related disruptions of human activities from China in February to the United States and Europe in March through May,” said co-author Steve Davis, UCI professor or Earth system science. “We’ve also been able to see the resumption of emissions in many regions, such as in China, where they’re now back up to pre-pandemic levels.”

He said that emissions in the Americas and Europe have been slower to recover, especially in the U.S., where COVID-19 hot spots continued to emerge throughout the summer and into the fall.

The drop in carbon emissions has been due mainly to transportation, the researchers found, as fewer people are driving to work and traveling by air. Ground transportation emissions fell by 19.2 percent from 2019 to 2020, and pollution from aviation plummeted by 37.4 percent over the same period.

The study authors said that even though lockdowns were easing around the world in late spring, transportation emissions in June were still 16 percent less than a year earlier, “indicating that human mobility and habits remain durably affected.”

People still continued to use electricity despite the coronavirus lockdowns, so carbon emissions from the power sector declined only about 6 percent, while industry-connected emissions slipped by 6.5 percent.

Davis said that he and his colleagues have been able to get a clearer picture of the release of carbon dioxide around the world by accessing more up-to-date data from an expanded list of sources.

“It’s a big deal that our method allows us to monitor emissions on a practically daily basis. We can even see the effects of weekends and holidays for the first time,” he said. “And going forward, this will be a powerful tool for tracking the greenness of the COVID-19 economic recovery initiatives and other efforts to reduce emissions.”