Their research ranges from harnessing the power of bioluminescence to characterizing fires in the Amazon.
Lucas Joel
Medium 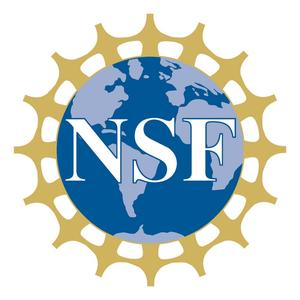 Ideas can come from everywhere. They can ignite when one imagines, for instance, that there could be a connection between the light that a firefly creates and the cells in our bodies, or that there might be a way to better manage fires in the Amazon rainforest by fingerprinting the different varieties of fire that blaze there. Such ideas led eight of our School’s graduate students this year to win the National Science Foundation’s Graduate Student Research Fellowship — a research fellowship that goes to only about 2,000 graduate students across the nation each year, and which gives students three years of guaranteed funding support. This year, eight received the award, and 10 received honorable mentions. Here they are:

Navarro studies bioluminescence, which is the chemical reaction that creatures like fireflies and algae perform to create light. She wants to harness this ability so she can use it to understand how cells react with one another. In that light, Navarro wants cells to glow when they contact each other so she can track their interactions. “Cellular interactions are responsible for the majority of biological processes, but there is still so much unknown about them,” Navarro said. “My work aims to expand the number and variety of tools we have for imaging these cell-cell interactions in real-time.”

Matus wants to build new molecules by studying the way the carbon bonds with other carbon atoms in the hopes of creating new molecules that can affect biological processes. “There’s so much to learn from it,” said Matus. “Chemists always need new tools to build new and old molecules. It also has implications in chemical biology, and, by extension, public health, because molecules that are bioactive are always of interest in medical chemistry.”

Odwuor studies fire. She studies fire in the Amazon rainforest, which ignites more and more every year. Odwuor’s proposal focuses on developing tools researchers can use to trace the particles fires in the Amazon — be it grassland fires, deforestation-related fires, or actual forest fires — send into the air. “My work will help us quantify how much fire activity in the Brazilian Amazon is due to deforestation versus other types of fires,” Odwuor said. “Hopefully, reducing uncertainty in both the amounts and sources of fire emissions in the Brazilian Amazon will help officials devise effective environmental policy in Brazil.”

Zito’s work aims to capture carbon dioxide from the air and from flues so that we can use it as a clean fuel source. “CO­2 is a greenhouse gas that is directly contributing to global warming, so removing it from the atmosphere and making it into fuel is a really hot topic of research,” said Zito. “Most people are studying how to break down the CO2 once we have it, but not many are researching how to get that CO2.”

Nguyen will investigate how supplies get around inside cells. Inside cells, Nguyen explained, supplies “walk” on tubes in order to reach their destinations, and Nguyen wants to understand the mechanics of how those supplies attach themselves to the tubes. “Cargoes must travel to their needed locations in a timely manner in order for the cell to function,” Nguyen said. “This project is compelling because we use a combined mathematical-experimental approach to investigate our hypothesis.”

Saluga works in Professor Suzanne Blum’s lab, and she works on creating ways to visualize chemical reactions as they occur in real-time. “I look to see how reactions occur in space,” Saluga said. “Whether there might be pockets where on reaction is favored over the other, or if one reaction happens for a while and then the process shifts to another reaction.”

Park focuses on building complex molecules with medicinal applications. “We study how to make these complicated molecules from the simple building blocks of nature,” Park said. “Think of Legos, but with white powders, boiling solutions and dry ice.”

Park explained that her fellowship win would not have been possible without the support of those around her. “My success with NSF GRFP was not possible without tremendous help from the members of the UCI Department of Chemistry and the Office of Research,” Park said. “I highly recommend everyone to start early and get your draft reviewed by multiple people familiar with the topic.”