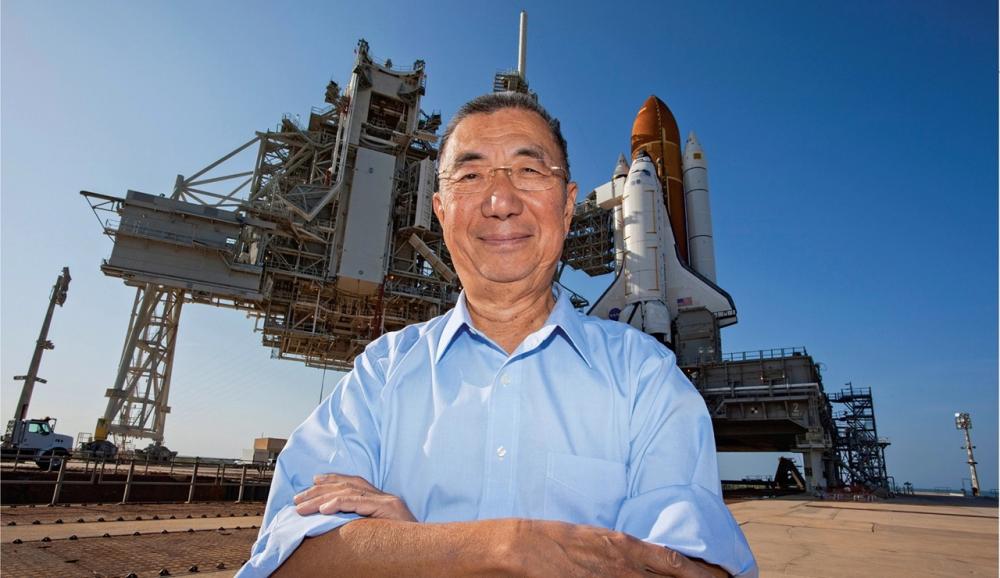 The Reines Lecture Series honors Frederick Reines, UCI's Founding Dean of Physical Sciences and co-recipient of the 1995 Nobel Prize for discovering the neutrino. The annual event brings world renowned physicists and astronomers to UC Irvine to give a public lecture and a department colloquium. This celebration honors the rich history of the Department of Physics & Astronomy and brings together faculty, students, supporters, and the community at large.

The 2023 Reines Lecture will be presented by Samuel Ting, recipient of the 1976 Nobel Prize in Physics for the discovery of the J/ψ particle.

Samuel Ting won the 1976 Nobel Prize in Physics for the discovery of the charm quark. Known as the “November Revolution” in textbooks, the discovery opened the floodgates for the many discoveries that followed. Currently, Ting leads the Alpha Magnetic Spectrometer, a $2 billion experiment that was transported to the International Space Station on the last space shuttle flight in 2011. AMS is the most sophisticated scientific instrument ever launched into space and is transforming our understanding of cosmic particles in the universe.

Ting was born in Michigan in 1936, but moved to Shanghai when he was 2 months old. He spent much of his childhood on the run, first because of the Sino-Japanese War, and then because of the Chinese Civil War. At age 18 he started college in Taiwan, but then decided to seek a better education elsewhere and moved to the United States with $100 in his pocket and little proficiency in English. He graduated from the University of Michigan with a BA two years later, with a Ph.D. three years after that, and he won the Nobel Prize at age 40. He is the Thomas Dudley Cabot Institute Professor of Physics at MIT and has received 14 honorary degrees and is a member or foreign member of 10 national science academies.

The School of Physical Sciences is delighted that Dr. Ting has agreed to visit UC Irvine to give the 2023 Reines Lecture, which will draw on his many decades at the frontiers of science. Read about Ting's involvement with the Disney+ docuseries "Among the Stars" in this PCMag article. You can also watch NASA's documentary "AMS: The Fight for Flight," and read more about Ting in Bill Moyer's Becoming American — Personal Journeys.

This is a free event that is open to the general public. A complimentary reception will follow the lecture. Free parking is available at the Beckman Center. Space is limited. Please RSVP at your earliest convenience to reserve a spot.