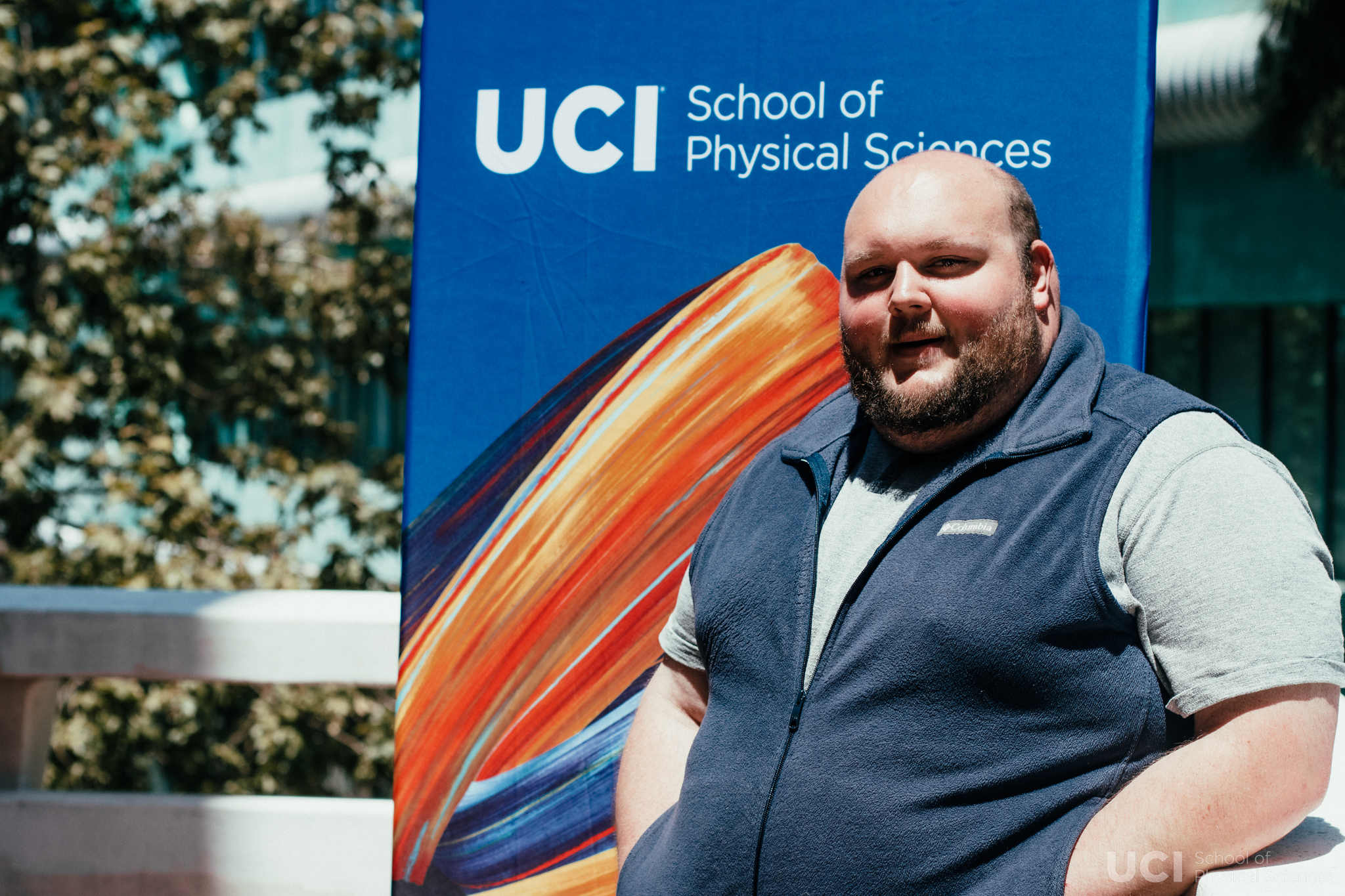 Alex Sutherland has a new puppy – a brown corgi named Biscuit. Biscuit came to Sutherland's recent Ph.D. defense of his UCI Department of Mathematics research, and the puppy wore a little bandana that read “My human has a Ph.D.!” It was a nod to Sutherland's years at UCI, which involved using geometry to solve complex algebraic problems. “My dissertation was on algebraic geometry,” he said. It wasn't always a sure thing that Biscuit's shirt would say what it did, because Sutherland, who just graduated as Professor Jesse Wolfson’s first-ever Ph.D. student, wasn’t always sure he wanted to study math. However, by the end of his sophomore year at Oberlin College in Oberlin, Ohio, Sutherland had made his decision. “It’s that little burst of excitement when you solve a puzzle,” Sutherland said about math. It’s an excitement that drove him during the course of his doctoral research, particularly when he found that at least some of his work was going to involve not a chalkboard, but foreign language dictionaries; a lot of seminal math texts exist only in other languages, like German or Russian, and at least one of the mathematical facts Sutherland needed to finish his research was buried in one of those esoteric papers. It’s a unexpected skill he’ll take with him when he starts a new postdoctoral researcher position at The Ohio State University in the fall – even though he’ll be leaving other things behind. “The big thing I’ll miss are the other grad students” at UCI, said Sutherland. “I think we have a really good grad student community here.”